Media Hoaxes: No, Trump Did Not Send 17 Tons of Public U.S. Coronavirus Supplies to China

Media Hoaxes: No, Trump Did Not Send 17 Tons of Public U.S. Coronavirus Supplies to China

The supplies were those of private donors, not “ours,” and would have been delivered with or without State Department assistance 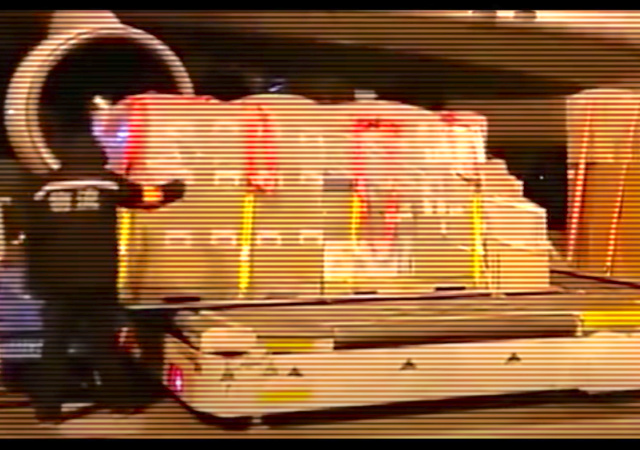 An ad released this week by American Bridge 21st Century, a liberal PAC, severely misrepresents the U.S. government’s role in facilitating the delivery of 17-18 tons of medical supplies accumulated from private sector donations.

The U.S. State Department simply loaded the donations onto planes chartered to pick up State employees from China.  They were, in other words, already bound for China and scheduled to fly there empty.

The media and Democrats misrepresented this shipment weeks ago in their relentless “get Trump” fact-free attacks.

Trump, you incompetent idiot! You sent 18 tons of PPE to China early but ignored warnings & called COVID19 concerns a hoax. You've endangered doctors, nurses, aids, orderlies, & janitors – all risking their lives to save ours. Pray 4 forgiveness for the harm that you're causing!

USA Today:  “U.S. exported millions in masks and ventilators ahead of the coronavirus crisis”
Mother Jones: “The US Sent Tons of Medical Supplies to China Even as Senators Warned of Virus Threat Here”
WaPo: “U.S. sent millions of face masks to China early this year, ignoring pandemic warning signs”
CNN: “Trump administration sent protective medical gear to China while he minimized the virus threat to US”
WUSA: “VERIFY: Yes, the US sent about 18 tons of medical supplies to China in early February”
Politicus: “Trump Sent 17.8 Tons Of US Supplies To China Then Blames Obama For PPE Shortage”

These headlines are intentionally misleading. While some of the stories do contain some measure of the actual facts, the goal is to mislead readers who get their news from headlines or who can’t be bothered to read to the end.

In the wake of the uproar over the misleading American Bridge ad, the Washington Post published the fuller context and awarded the ad two Pinocchios.  Here’s the archive link in case there are any late stealth edits.

For weeks into the coronavirus crisis, President Trump expressed support for China’s handling of the epidemic that first emerged in the city of Wuhan and the country’s “transparency” on the situation. Now that the death toll in the United States has soared, Trump and his aides have started to blame China, accusing it of not quickly sharing information that might have stemmed the pandemic.

This attack ad opens with a reminder of how long Trump kept praising China and its president, Xi Jinping. Then it makes the charge above — that Trump shipped medical equipment to China now desperately needed in the United States.

. . . . But the specific instance highlighted in the ad is framed in a misleading way.

The ad says that “Trump … shipped 17 tons of American masks and medical supplies. Our masks and supplies.” The impression left by the ad is that these were U.S. government goods, shipped on Trump’s order.

But these were actually donations by private charities and public companies for Project HOPE, an international health-care organization that has been operating in Wuhan for a quarter-century and helped establish a nursing school there. Usually, donors to Project HOPE arrange for charter aircraft to take their donations overseas.

In the case highlighted in the ad, the State Department’s role was providing the aircraft. The department sent chartered planes to Wuhan to pick up some 800 consulate workers, their families and other Americans. The planes otherwise were going to be empty on the way to China, so officials decided to fill the jets with goods donated by Samaritan’s Purse, the Boeing Company, the Church of Jesus Christ of Latter-day Saints and Intermountain Healthcare.

The State Department explained the government’s role on February 7, 2020.

“Privately donated medical supplies” somehow got lost in media reports as they attempted to mislead the public into believing these were public supplies held by the U.S. government. That’s a pretty big omission.

Add to that the fact that the shipment of privately donated medical supplies would have been delivered with or without the State Department’s help.

Project HOPE said the shipment would have been made with or without the State Department’s help.

“Countless flights carrying protective gear from all over the world arrived in China as our team worked to help doctors and nurses on the front lines,” Rabih Torbay, Project HOPE’s president and chief executive, told The Fact Checker. “Particularly with increasing caseloads like we were starting to see toward the end of January in and around Wuhan, it is hard to imagine transport would be the limiting factor to helping contain a deadly outbreak before it becomes a pandemic.”

Indeed, Boeing’s announcement on the donation made no mention of the State Department, simply saying it had made “a donation of 250,000 medical-grade respiratory masks to address medical supply shortages in China.” Similarly, a news report on the Mormon Church’s donations referred only to planes being chartered for the trip, carrying 220,000 face masks, 870 pairs of protective goggles and more than 6,500 pairs of protective coveralls.

Furthermore, this is the one and only time the State Department has been involved in delivering privately donated supplies to China.

It was also a one-off event for the State Department, which has not assisted or supported the delivery of additional aid to China, beyond the nearly-18-ton shipment highlighted in the ad. For context, that’s a relatively small amount considering the numbers cited for Project Airbridge, the U.S. government effort to deliver medical supplies across the United States, such as 80 tons shipped on March 29 and 83 tons shipped on April 2.

Jeb Fain, a spokesman for American Bridge, defended the line in the ad. He noted that the ad merely used the word “shipped.”

He also said it was appropriate to pin the shipment on Trump because a top official from the U.S. Agency for International Development, or USAID, in late March had said: “Under the direction of President Trump, the United States Government is responding rapidly. The U.S. was among the first nations to offer help to the Chinese people, and we are the largest financial backers of the World Health Organization and UNICEF. In early February, the United States delivered more than 17 tons of medical supplies to China donated by the American people. These supplies included masks, gowns, gauze, respirators, and other vital materials.” [emphasis mine]

Yet even here, it’s clear that the supplies were “donated by the American people” and not public stockpiles of the U.S. government.

It’s surprising enough that WaPo published this accurate report, so I’m not going to be hard on them for giving this clear and seemingly intentional deception only two Pinocchios. Here’s their rationale:

Thirty-second attack ads are not often known for nuance. But this one goes awry when it suggests that Trump shipped to China protective gear that belonged to Americans. These were donations by private charities and public companies at a time when the U.S. case count was still low. All the State Department did was supply planes that would have been empty anyway. Nevertheless, the State Department touted the shipment and attributed it to Trump’s leadership.

The line in the ad is carefully, even cleverly, worded, keeping it just shy of the Three Pinocchio mark. But it’s misleading enough to earn Two Pinocchios.

This is the third of my posts on media hoaxes:

This idea that “we”, i.e. the country as a whole, sent the supplies, is an example of a very common fallacy. I want to say especially on the left, but I suspect it’s only because I notice it more in them, and it’s probably prevalent on the right too.

For instance it’s common for people to speak of how much “we” export to and import from some country. But we don’t export or import much of anything. Certainly the US government exports nothing and imports little. Individuals buy goods they like from foreign individuals, and sell goods they have to foreign individuals who like them. You can add up all the sales and purchases, but the totals don’t mean very much. And yet people make a great deal out of the “trade deficit” or “surplus”, as if this were some failing or achievement of the government, or something the government should try to promote or prevent. This example is found on both sides of the fence.

Another example, that I have only observed on the left: Making comparisons of how much the USA collects from taxpayers who live in a given state, and how much money it spends purchasing goods or services from suppliers who live in that state, as if there ought to be some sort of balance between the two. There are actually two fallacies here: That the state is the one paying the taxes, and that the money spent in a state is some sort of gift to it, that it gets in return for those taxes. They speak as if the states where more tax is collected than purchases are made are somehow “subsidizing” the states where the reverse is the case. And thus, since the former states tend to be “blue” and the latter states “red”, this “demonstrates” that the blue states subsidize the red ones.