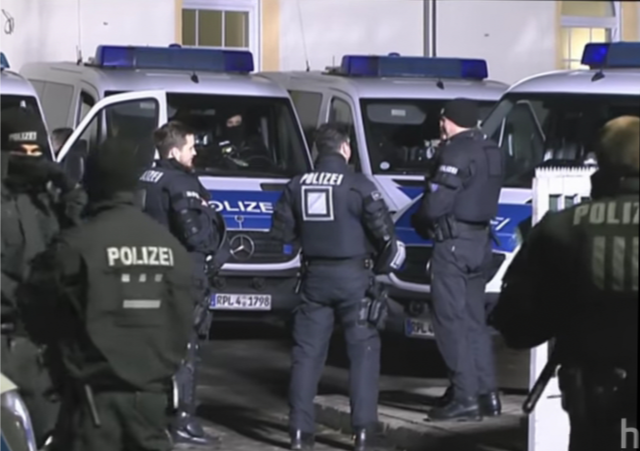 Germany banned the Iran-sponsored terrorist group Hezbollah from operating in the country, German Interior Minister Horst Seehofer disclosed on Thursday. The announcement came ahead of police raids on several mosques located across Germany.

“Hezbollah is a terrorist organization to which numerous attacks and kidnappings have been attributed,” Minister Seehofer told German newspaper Bild. The terrorist outfit “questions Israel’s right to exits and calls for its violent destruction. Its criminal activities and terrorist plots take place on German soil. It is our historical responsibility that we act against it with all legal means,” he added.

The ban is a significant setback to the Iranian-backed terrorist group. As I have previously reported in my Legal Insurrection posts, Hezbollah has been using Germany as a base for recruiting, fundraising, and money laundering activities.

Interior Minister Horst Seehofer has placed a ban on all Hezbollah activities in Germany. In early morning hours, police searched several mosques and cultural associations in Berlin, Bremen and the state of North Rhine-Westphalia. The homes of their board members, treasures and tax consultants were also searched.

Hezbollah propagates armed struggle with terrorist means, according to the reason stated for the ban. It works against the [idea of] international understanding and rejects Israel’s right to exist. In addition to that, the Shia-Islamic organization calls for the complete annihilation of Israel.

According to the Office for the Protection of the Constitution [Germany’s domestic intelligence agency], Hezbollah musters 1050 supporters from the [German] extremist scene. The supporters are organized partially through mosques and cultural association, as well as on social networks. At least four such associations are so closely connected to Hezbollah that they can be classified as “sub-organizations,” according to the Interior Ministry.

These are the Imam-Mahdi Center in Münster, Mosque Association El-Irschad e.V. in Berlin-Neukölln, Al-Mustafa Association in Bremen and the Association of Lebanese Migrants [GlE e.V.] in Dortmund. Their premises were searches on Thursday. Data storage devices and documents were confiscated from there. [Translated by the author]

The step taken by Germany is a massive victory for President Donald Trump’s administration. The U.S. Ambassador to Berlin, Richard Grenell, has been urging Chancellor Angela Merkel’s government to put an end to Hezbollah activities on German soil.

“Hezbollah sympathizers are meeting, organizing and raising funds in mosques and cultural associations in Germany,” the U.S envoy said at that time, citing German Intelligence. “Recently released videos seem to confirm that terrorist propaganda in support of Hezbollah and the Iranian regime is being tolerated in certain German mosques,” he added.

In December, Germany made the decision to ban all of Hezbollah. Today, they implemented the ban.

The world is a little bit safer. @vonderleyen @EmmanuelMacron https://t.co/p2JWWjusso

“In my conversations with [German Foreign Minister] Heiko Maas, he promised to help and I thank him,” Katz said. “Hezbollah is a terrorist organization & must be treated as such.”

“We welcome this extremely significant and meaningful step by Germany in combating international terror,” he wrote on Twitter.

Federal Minister of Interior Horst #Seehofer today banned all activities by the Shiite terrorist organization #Hezbollah in #Germany. We welcome this extremely significant and meaningful step by Germany in combatting international terror.
https://t.co/K60JpZeWNZ

“By implementing a total ban on all arms of Hezbollah, authorities have effectively made it easier to take action against Hezbollah, thus making it more difficult to conduct such transnational activities — with Germany as a transit point,” said German state-run DW News

Berlin has been hesitant to place a complete ban on Hezbollah activities, allowing the Shia terrorist organization to operate under its “political” wing. Today’s decision puts an end to that fiction and forbids the terrorist group in its entirety. The ban paves the way for law enforcement to clamp down Hezbollah mobilization in German mosques, and go after its money laundering and terrorism financing operations.

The Netherlands was among the first European country to act decisively against Hezbollah, designating it as a terrorist organization in its entirety in 2004. The United Kingdom passed a similar sweeping ban against Hezbollah three months ago. Most of the other European countries still refuse to blacklist the Iran-backed terror outfit.

“French President Emmanuel Macron made clear last year that he would continue to have contact with Hezbollah’s political wing,” BBC reported on Thursday.

The German decision will put pressure on Paris and the European Union member states to consider a blanket ban on the terrorist groups.

Is this even remotely controversial? It should not be.

It’s a start, but they have a loooong way to go!

I suppose way too late is better than never. I imagine that John Kerry will soon be shuttling between Tehran and Berlin to mediate.

The next question is how Hezbollah will react. If it’s in the expected way, the attacks and bombings in Germany will increase soon. In that case, they will show the world why they were banned.
.

And if such attacks happen [which I definitely do not deny], the next question is what the Germans will do. There is a definite possibility that the German parties will destroy the government over this. Leftist parties will side with Hezbollah. And not a small part of what passes for the conservative parties [think GOPe] will join with them. The government could well fall. Or retract the ban. Expecting modern Germans to side with Western civilization is not the bet with the best odds.

A step in the right direction. Meanwhile, we have CAIR here in America, doing its damnedest to lobby against America and Americans at every opportunity.

Why do American legislators even permit them to speak to their committees??!!

Germany still loves Iran, so don’t kid yourself that they have anything against terrorism, only the kind off which their corporations can’t make money.

Did they actually find anything, or were the targets tipped off by Muslim fifth-columnists in the government?