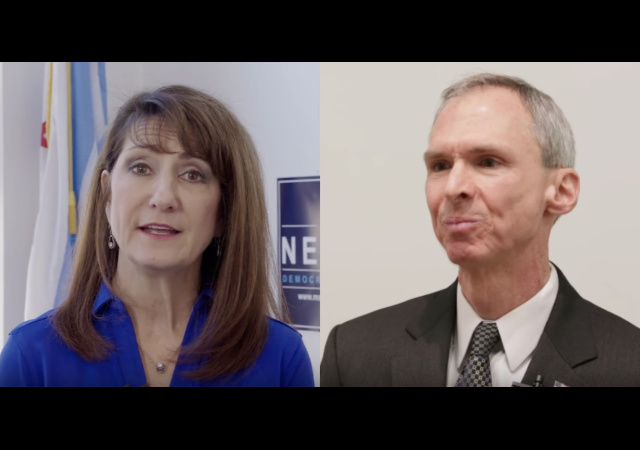 Newman challenged Lipinski in 2018 but lost by two points.

He was one of the conservative Democrats in the House since he’s pro-life and voted against Obamacare.

The businesswoman from LaGrange ended nearly four decades of Lipinski family control of the Southwest Side and southwest suburban congressional seat. The congressman’s father, William Lipinski, served from 1983 until 2005, when he engineered the appointment of his son.

“I am bursting with pride and gratitude for the amazing coalition who helped bring about much needed change in our district,” Newman said in a statement. “We are going to work together to lower healthcare costs, to fight climate change, and to continue building a hospitable community for everyone, no matter where you come from.

His fellow Blue Dog Democrats thought for sure the DCCC would support the incumbent in the 2018 primary. They did not along with a handful of other Democrats.

It is not a shock he won the 2018 election. Democrats make up the majority of the third district. Plus he ran against Republican Holocaust denier Arthur Jones.

Seems that big tent party is pretty small after all.

Planned Parenthood (e.g. selective-child) is a religious and corporate imperative for social and medical progress.

And my my what big Red flaps this tent has!

A Democrat schism in progress: orthodox, conservatives, and reformed, where the two wings are squeezing the center.

Using your analogy, I do not think there is an orthodox wing, only conservative and reform (who are really Seleucid Greeks) with the conservatives, at the moment, outnumbering the reform.

Very bad thing for the country, that Justice Dems are targeting these people. Justice Dems don’t love America; they loathe the country and want to fundamentally transform it, just as the foreigner Obama wants to do.

Well, good news that a hereditary seat has been wrenched away from a ruling family. Bad news that it took a Marxist rabble rouser to do it.

So Illinois voters basically traded a turd for a turd?

Kind of like the choices we get here in California…

Plus he ran against Republican Holocaust denier Arthur Jones.

As far as I know Arthur Jones is not and has never been a Republican in any meaningful sense. In other words he can call himself whatever he likes because it’s a free country and nobody can stop him, but he has no affiliation with the GOP and is not welcome at any GOP function or venue. The GOP has done everything it could possibly do to distance itself from him and him from it.

He was on the ballot as the R candidate for the 3rd district only because he was the only person to file for the primary. The party was not planning to run anyone against Lipinski, and didn’t know Jones was filing. Once nominations closed they found that he was the only name in the hat, so he got the nomination automatically and there was nothing the party could do about it. There was no primary in which they could campaign against him.

So…what’s the over/under that Lipinski runs as an independent, wins in the fall, and then tells his erstwhile Donk buds to FO?

You can do that only in a handful of states (NY and CT, for instance). In most states, and I believe IL is among them, one either runs in a party primary or as an independent directly in November, but not both.

Of course, Lipinski could run a write-in campaign, which once worked for Lisa Murkowski in AK after finding herself in a similar position, but I don’t think his chances there are good.

Let us face it, otherwise: the Dem party is a far Left organization, but we have an increasingly far Left population.