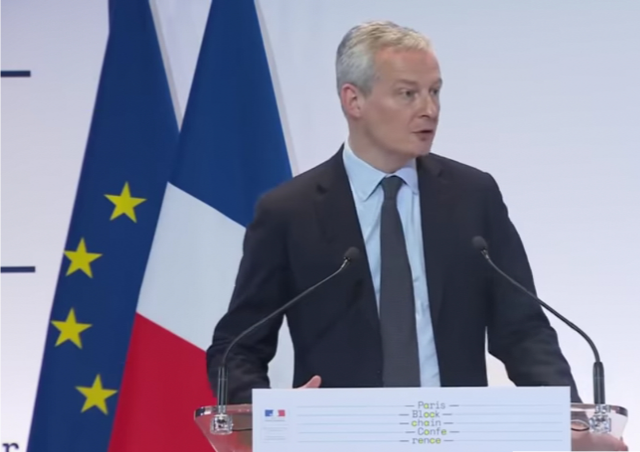 The call didn’t go unheard. Following the minister’s remarks on Tuesday, the trade body representing French supermarkets vowed to stock up shelves exclusively with fruits and vegetables produced within France once the foreign products run out, the newspaper Les Echos reported.

The French move comes at a time when the 27 member European Union single market faces a massive supply chain crisis in the wake of the coronavirus outbreak. Many of the EU member states have set up border controls to restrict the export of food and essential medical supplies to neighboring countries.

Italy and Spain, worst hit by the Wuhan coronavirus pandemic, have been urging Brussels and fellow EU members for assistance. These calls have largely gone unheeded. With the death toll crossing 10,000 and 6,500 mark respectively, Italy and Spain are in urgent need of medical supplies. France and Germany, two of the EU’s biggest economies, have responded by banning the export of protective medical gear.

“Delegating our food supply […] to others is madness. We have to take back control,” French President Emmanuel Macron said in a speech just two weeks before Le Maire announced the economic measures.

But for a continent that has built an intricate agro-food market connected by cross-border supply chains, France’s plea to focus inwards for its food supply is a cause for concern for Brussels.

The European single market, established in 1993, allows people, goods, and capital to move around the EU as though it were a single country, at least in principle. The arrangement discourages, and often prevents under the threat of sanctions, the member states from imposing laws and regulations favoring their domestic manufacturers and businesses. But with the coronavirus pandemic shifting its epicenter to Europe, these globalist principles face one of its toughest challenges in its three-decade history.

The economic nationalism embraced by the French government is hypocritical to say the least. French President Emmanuel Macron has been among the sharpest critics ‘America First’ policy followed by U.S. President Donald Trump. “By pursuing our own interests first, with no regard to others’, we erase the very thing that a nation holds most precious, that which gives it life and makes it great: its moral values,” Macron declared when the U.S. president joined him at the ceremony to mark the 100th anniversary of the end of First World War in November 2018.

France is not the only EU country to rediscover economic nationalism amid the coronavirus outbreak. Germany was among the first European countries to close the borders, not only to stop the movement of people and curb the outbreak, but also to prevent the French, Poles, or Austrians in neighboring provinces from panic-buying in German supermarkets, the Berlin-based daily Die Welt reported on March 15.

The coronavirus crisis exposes the glaring hypocrisy of the European political class. Having slandered and ridiculed President Trump for his ‘American First’ policy for years, Germany, France, and other leading EU powers have themselves resorted to economic nationalism in the face of the coronavirus crisis.

EU leaders at ‘loggerheads’ over economic response to coronavirus

The EU itself, in its relentless quest to wipe out individual national sovereignties, was insistent that those living in the EU refer to themselves as “Europeans” in the manner that we call ourselves “Americans.”

Lefties are finding that saddling their NWO/world government onto the world is going to be a lot harder.

Message to France: you are no longer French. You are islamic.

Get used to it.

notamemberofanyorganizedpolicital in reply to TheFineReport.com. | March 30, 2020 at 3:24 pm

Applies to almost all of Europe now.

“Keep licking those Barrack Obama Monuments, you EU you.”

In my local community a farmer has delivered sacks of potatoes to anyone who wanted them. A local baker has delivered bread to families who are quarantined and a local pub has organised boxes of vegetables for anyone who needed them.

When we get back to business as normal I will be throwing A LOT of business their ways as thanks for what they did for their community! ❤️❤️❤️

notamemberofanyorganizedpolicital in reply to mailman. | March 30, 2020 at 3:26 pm

100 years ago, lots of groceries, if not almost all in larger communities, were delivered that way.

So, “Economic Patriotism” is now a good thing?

Within reason, it always has been.

There’s a very strong chance that the EU will not survive this crisis, except as a figurehead group that has no power and little purpose.

Dint get your Hope’s up. The EU is a virus itself. It will survive! ??

The beginning of “Frexit”? “Frogxit??”

i seem to remember that we had a buy American policy at one time, them globalism grew and grew. You could not buy an American car that did not have +30% foreign parts.I bought two new Chevy trucks and one Ford over the years and both literally fell apart.

Yes, the marketplace sure drove car quality up, didn’t it?

COMPLETE shame on American auto company executives who built the crap they sold as ‘cars’ right after the muscle car era passed.

notamemberofanyorganizedpolicital in reply to TheFineReport.com. | March 30, 2020 at 3:27 pm

So what happened to the “nationalism is racism” meme?

Good for the French.

The EU is on life support and survival looks tenuous.

notamemberofanyorganizedpolicital in reply to Barry. | March 30, 2020 at 3:28 pm

Their grocery prices are going to go through the roof,
no?

Wasn’t it just yesterday that Macron was slamming Trump for “America First”?
Why yes, yes it was.

I’d like to say they’ll change their voting patterns, but probably not.
Free everything with two months vacations for all!!! And reduced work hours!!!