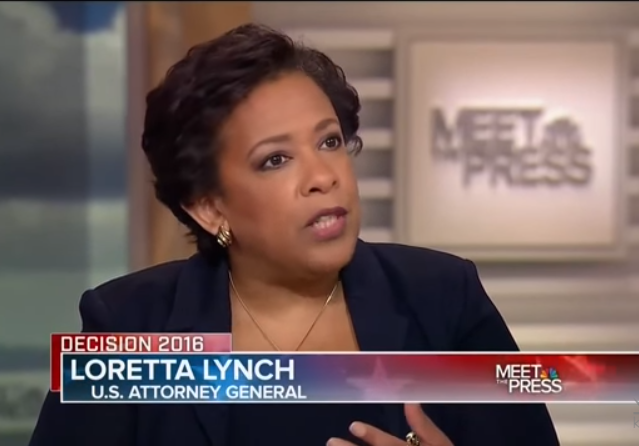 The quest to turn these student protesters into victims has really been something to behold.

The former U.S. Attorney General under President Barack Obama has been hired to review the Syracuse University police department amid a sit-in protest that has roiled the campus since last week.

SU Chancellor Kent Syverud sent an all-campus message early Monday, apologizing for how the university has responded to the sit-in at the administration building, especially students who were suspended after being identified as protesters when they were not, he said.

He said the university would hire Loretta Lynch, Obama’s former attorney general, to do an “independent, expedited review” of the university’s Department of Public Safety.

“I believe this review is necessary given that concerns have been raised through several channels about how DPS engages with our community and how it has managed various interactions with students, including protestors,” Syverud said in his message. “Our DPS officers work very hard every day and night to protect our students and our community. Our community expectations and our needs have evolved, and this review will result in recommendations on how DPS can best meet today’s community’s needs going forward.”

Lynch now works for the Paul, Weiss, Rifkind, Wharton & Garrison law firm. Syverud said she is “widely respected for bringing voice to all sides” and is respected for her work on police-community relations.

What are the odds that her conclusions will be written down before the wheels hit the runway?

Better than having her scrutinize everything and demanding they insert bias in all places and at all levels. Let her have a 30,000 foot view only.

I guess Syverud is saying what the Board of Trustees tells him so he can keep his job. He started out saying these students were suspended, which makes perfect sense, but he’s been retreating and backpedaling and apologizing to them since then. Looks like the Board wanted Syverud to admit the students are boss and to grovel.

Replacing admins won’t change this. It’s the policy of the people above them.

Well if you are on that Police Force I would just move along now.

WUT A JOKE! THIS is a SORRY excuse for ANY law enforcement. SHOWS the level of intelligence at this so called center of learning, HA! another JOKE!