“Her drop the mic moment will have a lasting impact on the House.” 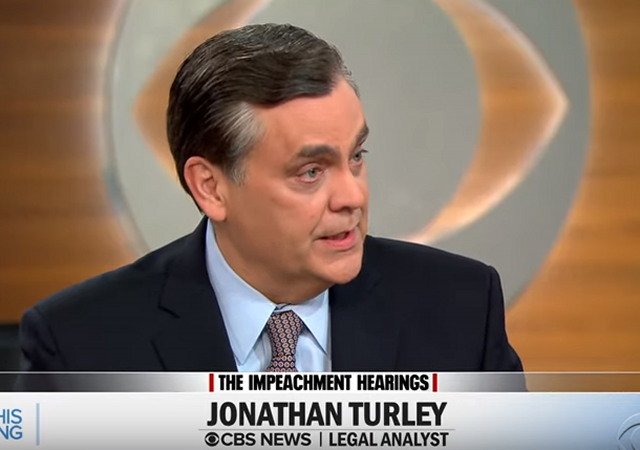 I could not agree more.

Professor Turley writes at The Hill:

The House has its share of infamies, great and small, real and symbolic, and has been the scene of personal infamies from brawls to canings. But the conduct of Speaker Nancy Pelosi (D-Calif.) at the State of the Union address this week will go down as a day of infamy for the chamber as an institution. It has long been a tradition for House Speakers to remain stoic and neutral in listening to the address. However, Pelosi seemed to be intent on mocking President Trump from behind his back with sophomoric facial grimaces and head shaking, culminating in her ripping up a copy of his address.

Her drop the mic moment will have a lasting impact on the House. While many will celebrate her trolling of the president, she tore up something far more important than a speech. Pelosi has shredded decades of tradition, decorum and civility that the nation could use now more than ever. The House Speaker is more than a political partisan, particularly when carrying out functions such as the State of the Union address. A president appears in the House as a guest of both chambers of Congress. The House Speaker represents not her party or herself but the entirety of the chamber. At that moment, she must transcend her own political ambitions and loyalties.

Tensions for this address were high. The House impeachment managers sat as a group in front of the president as a reminder of the ongoing trial. That can be excused as a silent but pointed message from the Democrats. Trump hardly covered himself with glory by not shaking hands with Pelosi. I also strongly disliked elements of his address which bordered on “check under your seat” moments, and the awarding of conservative radio host Rush Limbaugh with the Presidential Medal of Freedom inside the House gallery like a Mardi Gras bead toss. However, if Trump made the State of the Union look like Oprah, then Pelosi made it look like Jerry Springer.

So much pearl clutching. So many snowflakes.

Agree. We don’t need to become Dems. Let the hyperbole stay over there and look silly.

if Trump made the State of the Union look like Oprah, then Pelosi made it look like Jerry Springer.

Good observation by Turley. A succinct summary of recent events.

I’m trying to come up with anything,literally anything The Screaming D’s have done post-Trump that looked good on them. Or the Media. Or the Academy. Or the Entertainment Industry.

I disagree with Turley. I applauded Joe Wilson for telling 0bama to his face that he was lying, and I’m sure I wasn’t the only one here to do so. Because 0bama was lying, and the fact that he was the president didn’t make it wrong for Wilson to say so.

So I don’t buy this whole fetishization of the “dignity of the office”. If you think the president is lying say so, and if you think his speech is garbage feel free tear it up. But don’t blame anyone else when people who don’t agree with your assessment see it as a childish tantrum.

I think people are missing the point on the medal award during the State of the Union. While it was undoubtedly good theater, it was also kind. Kind in the sense that Limbaugh received the medal while at the top of his game but, more importantly, kind in that it avoided putting a cancer patient through a medal ceremony during what is usually a debilitating treatment. I find it interesting that our moral betters choose not not notice, or at least mention, a kindness.

Excellent! Kindness to the forgotten people of this country was the underlying theme of the speech.