Media: On Second Thought, That Whole Russia Wants Trump Thing May Have Been Overstated

Media: On Second Thought, That Whole Russia Wants Trump Thing May Have Been Overstated 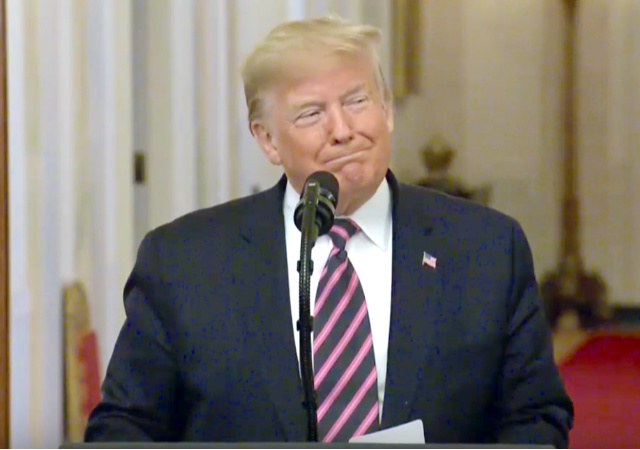 Last week, the media worked itself into one of their seemingly daily hyper-drive sky-is-falling hissy fits over an intelligence briefing.

During said briefing, Shelby Pierson falsely—or, to be more charitable, mistakenly—claimed that intelligence shows that Russian interference in the 2020 election is due to their preference for President Trump.

Professor Jacobson noted at the time that it sounded fishy.

Yesterday, the NY Times and WaPo almost simultaneously (funny how that works) broke stories suggesting the Russians are intervening in the 2020 election to help Trump and that Trump was trying to cover it up. There were no details to the stories, no named sources. but it was enough to kick off another media frenzy.

. . . . As always happens, the story falls apart after a day or two. Jake Tapper now is tweeting that the original anti-Trump reporting is faulty and wrong.

4/ “It's more that they understand the president is someone they can work with, he's a dealmaker. But not that they prefer him over Sanders or Buttigieg or anyone else. So it may have been mischaracterized by Shelby" at the House Intel briefing last week…

CNN is now reporting, accurately for a change, that “US intelligence briefer appears to have overstated assessment of 2020 Russian interference.”

The official, Shelby Pierson, told lawmakers on the House Intelligence Committee that Russia is interfering in the 2020 election with the goal of helping President Donald Trump get reelected.

“The intelligence doesn’t say that,” one senior national security official told CNN. “A more reasonable interpretation of the intelligence is not that they have a preference, it’s a step short of that. It’s more that they understand the President is someone they can work with, he’s a dealmaker.”

. . . . Trump has been periodically briefed on Russian interference in the 2020 election, but was upset when he learned of Pierson’s characterization of the intelligence in part because intelligence officials had not characterized the interference as explicitly pro-Trump. One national security official said Russia’s only clear aim, as of now, is to sow discord in the United States.

Wait, so the president doesn’t want intelligence briefings to be inaccurate and wrong? The horror!

Now you tell us, after media feeding frenzy: US intelligence briefer appears to have overstated assessment of 2020 Russian interference – CNNPolitics https://t.co/AH0sVXIric

So this was just Russia Hoax part deux? What a surprise!

Really. At what point do the folks at NYT and WP stop listening to this garbage? I understand they want to hurt Trump but how does making themselves look like imbeciles accomplish that?

notamemberofanyorganizedpolicital in reply to irv. | February 24, 2020 at 1:13 pm

If it weren’t for all the Thousands of Acts of Treason,
you could mistake the Uni-Party’s Treason for a new
Mel Brooks movie or play…….

“Springtime for Hitler and Never-Tumpers……”

How unfortunate is it for ussr honeymooner and communist bernie sanders that the democrats picked russia as the problem? If it only would have been china, cuba or north korea. Anywhere but russia. comrade bernie is a huge problem for the dems, but they brought him to the dance, or at least allowed him to sneak in without paying.

I’m so sick of this pussy-footing around.

They didn’t ‘overstate’ or ‘mislead’.

Call them the liars that they are and fire them.

Of course they lied. And they steal. And they murder.

The Man Who Killed Kennedy: The Case Against LBJ:

The scam has been going on for many years. They’ve ALL been in on it: democrat, republican alike. Just different degrees.

Consider the possibility that no one actually is saying what was in, or not in the briefing, since no one there is legally allowed to discuss it

Spreading disinformation via “leaks” is what he does.

it’s ALL he does

Too many people have leaked about it now.

And they’re all saying the same thing. The briefer said it, and when asked by Republicans AND Democrats for evidence (Republicans because they know they’re lying, Democrats because they think OMG WE HAVE TEH SMOKING RUSSIA GUN), they had NOTHING to back it up.

notamemberofanyorganizedpolicital in reply to Olinser. | February 24, 2020 at 1:14 pm

What? The “Media:” means that what follows is from the media. They are saying it was overstated, among other things noted in the post. They aren’t going to say they or their sources lied, right?

It’s been pretty clear to me since at least 2016 that some group (or groups) of people have been using social media to sow the seeds of discord in this country. It may be “The Russians” or it may be “George Soros” or a whole host of other actors. Whoever it is a sizeable number of us are being played.

Sequels are never as good as the original

Which is exactly what Mueller found about the 2016 election. Russia wasn’t trying to help Trump, it was trying to create mischief and didn’t care which side benefited.

That has been Russia’s clear aim since about 1917 or so. Remember the anti-war movement in the U.S. turned on a dime the day after Germany invaded Russia. You know, that domestic anti-war movement that wasn’t being directed or influenced by the Communist Internationale?

And I recall all the full page ads in the NY Times growing up where some “ad hoc” committee pr another would argue against U.S. action somewhere, with all kinds of non-Communist liberal signatures of well known people. Totally home grown, right? No outside influence?

And the furious protests against Reagan’s Strategic Defense Initiative. A totally home grown protest, I’m sure.

My Uncle’s waterfront union wasn’t taken over by Communists. He told me of one union meeting where the officials stood at their podiums with revolvers sitting one them… The agitators didn’t agitate that day. The USSR concentrated resources on taking over or influencing all worldwide waterfront and seaman unions.

notamemberofanyorganizedpolicital in reply to gospace. | February 24, 2020 at 1:16 pm

Yes, since 1917….as soon as the Russian Revolution broke, the Reds (Communists) were already busy using agents of influence all over Western Civilization….

yes. That was my first thought when the recent news came out. And now that I think about it, Putin accomplished his goals in the 2016 election cuz the Dems split the nation.

Hey, it looks like the Russians have the same goal as the US drive-by media!

And the Democratic party, but I repeat myself.

And saying that Russia wants Trump to win gets in the way of calling out Bernie as a Commie. The powers that be in the DNC are kinda stuck because they never thought comrade Bernie would get this far. They now need to discredit and disqualify him, so watch the narrative shift to “Bernie’s a puppet for Putin and they want the US to be just like Cuba”.

It seems the Deep State is closer to the surface at times.

Election interference is going on all the time, the CIA tries it wholesale.

notamemberofanyorganizedpolicital in reply to Romey. | February 24, 2020 at 1:18 pm

Time to Chum it then!

Milhouse wrote; “Which is exactly what Mueller found about the 2016 election. Russia wasn’t trying to help Trump, it was trying to create mischief and didn’t care which side benefited.”

AND the problem is Russia’s desire to have dissent in American politics is aided by leftist in the media and elected office on a daily basis. The real geopolitical concern is China but it’s impossible to focus on that with the wailing of “RUSSIA”!

Crazy how Democrats forget Teddy “the Lion” Kennedy seeking Russian support to defeat Reagan or Pres Obama promising “more flexibility” as he laughed at Gov Romney for correctly pointing out in ’12 that Russia was our biggest geopolitical foe! Hell, democrats are now “all in” against anything and everything Russia. . . . .well, minus their current frontrunner who is a lifelong communist sympathizer and celebrated his marriage with a trip to Russia! You can’t make this stuff up!

Russia, Russia, Russia, Russia – it’s always Russian meddling.
Its’ as if no one else in the world is meddling; only Russia.
It’s maniacal how narrowly blinkered the Democrats and their Huffers & Puffers Scribblers Union are.

Here is how it works. An anti-Trump government functionary with top secret blessing leaks something damaging to a favored reporter with the WaPo or NYT. The network news departments read this and have their people look up their own sources (the people who feed them garbage) and ask for “confirmation.” They get it and the story is hot news for a few days, maybe a week. Democrat politicians weigh in with tut-tutting pronouncements and the lies take on the appearance of truth. When Adam Schiff stretches that long neck and with bulging eyes promises an investigation the loop is complete.

There the Media goes again, refusing to do what they screech and demand others do.