“The day of reckoning is coming.” 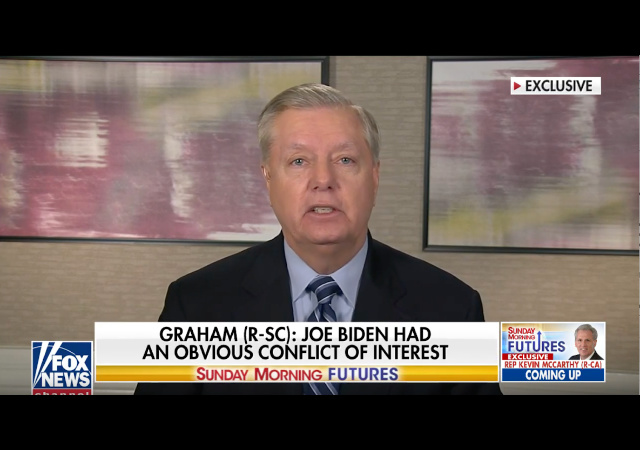 Sen. Lindsey Graham (R-SC) said on Sunday Morning Features that his committee will call the whistleblower behind impeachment after the trial.

“The Senate Intel Committee under [Sen.] Richard Burr (R-N.C.) has told us that we will call the whistleblower. Why is it important? I want to find out how all this crap started.”

Graham, a vociferous apologist for Trump, added: “The day of reckoning is coming.”

“I want to understand how all this crap started,” he added.

Graham, who is the chairman of the Senate Judiciary Committee and does not reside on the chamber’s Intelligence Committee, also described two other investigations that will be taken up by GOP-led panels in the Senate. He said the Foreign Relations Committee, of which he is also a member, will look into Biden’s alleged conflicts of interest, and the judiciary panel will “deal with all things FISA.”

“Let me tell Republicans out there. You should expect us to do this. If we don’t do it, we’re letting you down. I guarantee you: if it shoe were on the other foot, Democrats would be eating us alive if Republicans had done any of these things,” he said.

The impeachment circus began after someone issued a complaint about President Donald Trump’s phone call with Ukrainian President Volodymyr Zelensky on July 25.

Supposedly no one knows the identity of the whistleblower. The name Eric Ciaramella, a former Ukraine director on the NSC, has come up. He had a close friendship with an aide of top House manager Rep. Adam Schiff.

Has Nancyboy ever actually followed through on anything? South Carolina sends a lot of peacocks to Washington.

Bless his heart, he was a friend when McCain had none.

notamemberofanyorganizedpolicital in reply to NotKennedy. | February 3, 2020 at 1:34 pm

I think the entire Criminal Coup of the last administration (Obama) is plainly laid out for all to see and understand – unless their Democrats!

I saw the show, love Maria Bartiromo, and Graham was on fire. He’s been on fire ever since McCain died and he went viral in the hysterical Staying Alive video after the Kavanaugh hearings.

He talks a big game, doesn’t he?

notamemberofanyorganizedpolicital in reply to thalesofmiletus. | February 3, 2020 at 7:12 pm

I had to laugh out loud at Ace of Spade’s comments on this.

“…Lindsey in his Charm the Rubes mode…”

Notice the huffington post’s comment on Graham being a ‘vociferous apologist’ fof PDJT.

And they wonder why we consider the likes of huffington post propaganda trash.

notamemberofanyorganizedpolicital in reply to TheFineReport.com. | February 3, 2020 at 1:35 pm

OR is that the Puffing Ho?

Trash Media all the same.

There’s nothing wrong with apologetics.

Lindsey “Flimflam” Graham is not going to do a darn thing. Richard “Deep State” Burr is going to call the whistleblower?

Lindsey is offering Theatre for those who have finally seen real leadership. May get him re-elected but he’s not fooling many anymore.

notamemberofanyorganizedpolicital in reply to PrincetonAl. | February 3, 2020 at 7:14 pm

Had to laugh out loud at Ace of Spade’s comments on this.

“…Lindsey in his Charm the Rubes mode…”

Lindsey stepped up when it came to Kavanaugh. He spoke big claims to whatever cameras would have him. If he’s been busy other than sucking wind, I’m not seeing it. I’d be thrilled if someone can show me different.

I’ll believe it when I see it – but ever since McCain died, Lindsey appears more independent and has apparently grown a pair.

Burr is corrupt. He’s also under the thumb of Mark Warner, who also is corrupt.

But will he actually do it?

He’s great at calling for witnesses to be called in for a Hearing, and he’s in a position to actually do that, but he never does.