From her book: “We must return to the fundamentals of American politics: small, not big, government. Less spending, not more.” 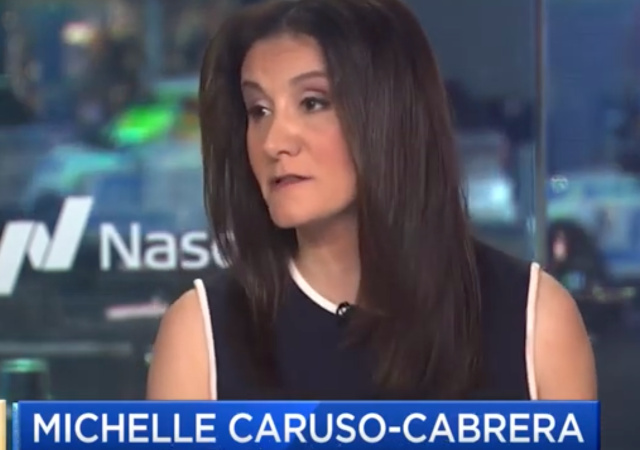 AOC faces off against about twelve challengers. The primary will take place on June 23.

I’m running for NY-14, to fight for the people of Queens & the Bronx, daughter of Cuban immigrants and living the American Dream ?? https://t.co/DY5eLoCKgL

We all know AOC is a socialist. No, she’s not a Democratic Socialist. Full-blown socialist.

Caruso-Cabrera is a Democrat, but she has conservative fiscal views. She published a book titled You Know I’m Right: More Prosperity, Less Government. Fox News has a snippet:

“The core principles of Reaganomics rejuvenated an unstable economy and the Clinton-era policy successes took power away from the federal government and put money in our pockets,” it reads.

“We must return to the fundamentals of American politics: small, not big, government. Less spending, not more. The first step is to more narrowly define the parties’ platforms away from needlessly divisive social issues and refocus the political discussion on that really matters: economic policies that create jobs.”

Michelle Caruso-Cabrera is the granddaughter of working-class Italian and Cuban immigrants. When Michelle’s grandparents first arrived in America, they worked arduous overnight shifts and took dangerous jobs in the meatpacking industry to pay the rent and feed their children.

Watching her grandparents and her parents work long hours is how Michelle learned about achieving the American dream.

Michelle graduated second in her class and was editor of the high school paper, “The Purple Panther.” She attended Wellesley College with the help of a National Merit Scholarship, and the money she earned from her first job as a waitress at Pizza Hut. She would receive tips for great service from happy customers, and use the money to help pay her tuition. In college, Michelle was elected editor of her college newspaper, “The Wellesley College News,” while also reporting for the New York Times education section.

This lady sounds like she has some sound ideas. Let’s hope they’re not a hindrance in a Democrat primary.

notamemberofanyorganizedpolicital in reply to Romey. | February 12, 2020 at 12:01 pm

You forgot your snark tag for that last part.

Branco has heard the DEMS also have another new candidate for Pres.

hilarious… no horns and no sack. perfect.

I had to look carefully; yes, those are cut horns. At first, with the color and shape, I thought they were cans. Tin cans, to represent just how tin-eared the man is.

When you have 2 left shoes still doesn’t give you a pair.

At least she’s got a little name recognition. My primary ballot features a couple of dozen people I’ve never met or heard of.

I remember her on CNBC. She is SUPER smart, but not that much since she is really espousing Republican talking points while running as a Democrat?

The only way to beat AOC is in the primary. The Dem candidate will win the general, whoever it is. So this is the right thing for her to do. Those running for the Rep nomination are wasting their time and money.

Most excellent point. She may also have been registered as a Democrat for career purposes at CNBC. Many Cuban-Americans are conservatives and Republicans.

12 opponents for AOC? And I guess the rules are no runoff, highest vote getter gets the nomination? What a mess.

Maybe M C-C will be different enough from the other Dems that she gets the majority. But it’ll be tough to beat the incumbent.

I’ve Got a Smart New Strategy For Taking Out Trump. We’re Going to Fight On the Terrain Where He’s the Weakest — The Economy

txvet2 in reply to notamemberofanyorganizedpolicital. | February 13, 2020 at 1:41 am

Those people have to be smoking happy pills.

They can’t do anything right!