China Will Cut Tariffs on $75 Billion of U.S. Goods on February 14

China Will Cut Tariffs on $75 Billion of U.S. Goods on February 14 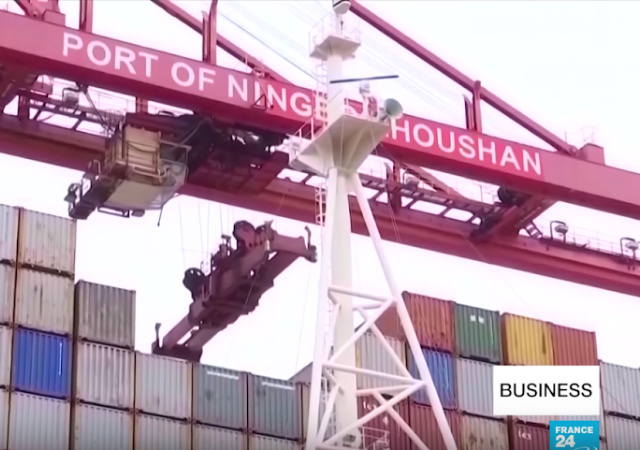 China announced it will cut tariffs on $75 billion of U.S. goods starting on February 14 as part of a recent trade agreement.

Beginning Feb. 14, China will cut tariffs on some U.S. goods to 5% from 10%, while levies on some other items will be reduced to 2.5% from 5%, China’s Ministry of Finance said Thursday. The tariffs were imposed in September and December during a brutal trade fight between the world’s two largest economies.

The tariff cuts come amid growing doubts about Beijing’s ability to follow through on the phase-one trade deal, in which China has pledged to boost its purchases of American merchandise and services by $200 billion over two years.

A coronavirus outbreak that began in China in late January and has spread to more than a dozen countries has caused a near-standstill in economic activity in the country. Chinese authorities have placed many parts of the country on lockdown in an effort to contain the epidemic.

The agreement between China and the U.S., signed on January 15, stated that America would “cut tariffs on $120 billion of Chinese goods by half, to 7.5%, within about 30 days, and to forgo other planned tariffs.”

Beijing agreed to buy an additional $200 billion in goods, split across 2020 and 2021, with $77 billion in additional trade the first year and $123 billion the second year.

Over the two years, China agreed to boost its purchasing of U.S. goods above 2017 levels, including an increase of about $78 billion in manufacturing, $32 billion in agriculture, $52 billion in energy and $38 billion in services. In 2017, the U.S. exported $186 billion of goods and services.

For 8 years the leader was hat in hand begging cash. Now we have the first step to a level trade deal.

We were in permanent decline don’t you know… as The One told us for those eight years. Trump spoiled Romney’s dream of “Baining” the USA.

They need markets — a declining once middle-class becomes restive. You can, in fact intimidate people by running over some with tanks. But if you need them to keep working — say, Hong Cong — you can’t kill them all.

They also need pigs n pork. People aren’t the only species unmanaged viral epidemics are takign out in China.