The ad was effective, which is why other Democrats and the left-wing media are furious. 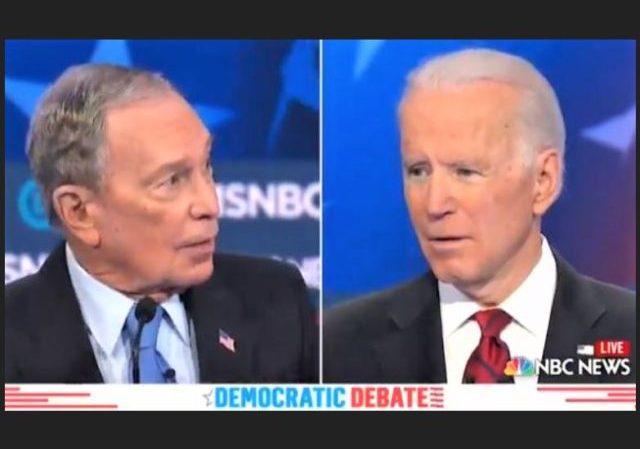 Bloomberg’s campaign took a bit from the most recent Democrat debate in which the former New York Mayor asked the other candidates whether they had experience starting a business. Crickets and blank stares were edited in to hammer home the point that no, no one other than Bloomberg has any substantial business experience. Pointing out this fact has set the internet ablaze.

A small sample of the reaction:

Stop doctoring clips. Matter of fact, just drop out and fund down-ballot Democrats if you actually want to help beat Trump and McConnell.

Why did you alter the video like this? Are you so ashamed of your terrible performance that you feel the need to lie and create propaganda? Elizabeth Warren destroyed you like the scumbag racist billionaire you are. Just take the L, Bloombefg.

Editing. How does it work? Did you really think there were crickets at the debate?

this edit is a lie. bloomberg’s video shows he asks if anyone else on stage has started a business and a full 20 seconds pass in silence.

in reality, bloomberg kept talking after a second and the rest let him.

Bloomberg’s entire candidacy has Democrats in a tizzy, and I am here for every minute of it.

Leftists are the dumbest, humorless people on earth. I thought it was kinda funny. Not super funny. But a little funny.

notamemberofanyorganizedpolicital in reply to Colonel Travis. | February 24, 2020 at 1:53 pm

Their professors “learned” that to them in jour-no-list school…..

I will admit, that is a clever ad. I’m astonished Bloomberg approved it.

It was a clever ad. There were several empty suits (and pant suits) up on the stage at the Democrat debate. Heck, maybe they were all empty suits, but one person’s staff was able to put this together.

Was it edited? No more than your average MSM television clip of a news interview of some conservative politician.

As for all those folks getting wee wee’d up about this–politics ain’t beanbag.

Don’t rush to judgement. We need to wait until snopes evaluates the ad no really know if it is truth.

Snopes is too busy playing with its kitty.

notamemberofanyorganizedpolicital in reply to Comanche Voter. | February 24, 2020 at 2:01 pm

No humor is an understatement.

I read 200 plus comments on a freely available NYT YouTube Video that as on the DNC doing out Bernie again. (Think it was last week or the weekend before.)

In all of those Bernie poster comments, only 4 or 5 attempts at humor – and those FAILED miserably. In one or two cases they might have been trying to use irony as humor, but many of the age of Bernie’s supporters make the mistake of thinking ALL irony is humor. It is not. Even tragedy can sometimes be humorous and/or have humorous elements.

From that reading I also determined that the “Bernie Bros” are ….. “ball-less.” They expressed no righteous indignation at the stealing from Bernie happening for the 2nd time.

I know at one time the left had a sense of humor. They enjoyed things like sarcasm and irony that kind of thing. I guess they traded it for unending hate.

notamemberofanyorganizedpolicital in reply to 2smartforlibs. | February 24, 2020 at 2:02 pm

Were I not pro-life, pro-gun, and pro-traditional marriage (I believe that the whole sexual revolution is beneficial only to a small segment of wealthy and powerful individuals; and am not surprised that a gay, millionaire Obama supporter in Oregon, is now in trouble for abusing a tene), I would listen to and consider Bloomberg. However, whoever the Democrat is this time around, I hope it gets trounced, and I hope the House will flip while the Senate majority grows stronger.

That ad was a bit misleading. Joe Biden may not have started his own business, but at one time he was a world-class lifeguard who once held his own against a group of swimming thugs led by the notorious cereal-killer, Corn Pop.

To all those who pooh-pooh this, don’t you remember how outraged we all were when Katie Couric perpetrated the same dishonesty? Or were you OK with that too?

Couric was allegedly “news “, this is a paid political ad.

Not only was Couric allegedly news, Bloomberg is now a politician, so he gets the same rights as the others and can suffer the same insults.

You can’t compare a politician to a journalist — indeed, the problem is that the latter are in league with the former. That’s the real issue here.

Joe missed the chance to shut Mike down. He could have said he started and ran a successful business, with revenue in the millions if not billions, selling influence globally.

Saw a Bloomberg ad today where he refers to Trump as a big bully.

Coming from Mr. Ban-Big-Gulps-Confiscate-YourGuns-and-You’re-All-Too-Stupid-to-Realize-It’s-All-for-Your-Own-Good, that’s almost as rich as he is.

Bloomberg’s entire candidacy has Democrats in a tizzy, and I am here for every minute of it.

Accolades to you for saying nothing about popcorn.

Great ad. He needed to mention the number of well paid jobs he created.

Marxists are required to have their sense of humor surgically removed. For the Party.

In all seriousness, a deficient sense of humor has been linked to several mental disorders. I truly do believe that the Left has become mentally deranged to the point of being dangerous to the sane people of this country. They seem unable to comprehend reality on any level. I don’t know how something like this happens on such a grand scale, but it almost seems as if it’s some bizarre contagion. I’m pretty sure I have a natural immunity to this disease. I hope to God I’m not alone.

Political ads are advertisements. No one has ever thought a whole hillside full of people on their own appeared to sing about Coca Cola. Anyone who believes a political ad to be entirely without hyperbole along with pretty smoke and mirrors is gullable. All advertising, including the political, is taken with a grain of salt.