The U.S. saw its deficit with China go down “$2.2 billion in November…” 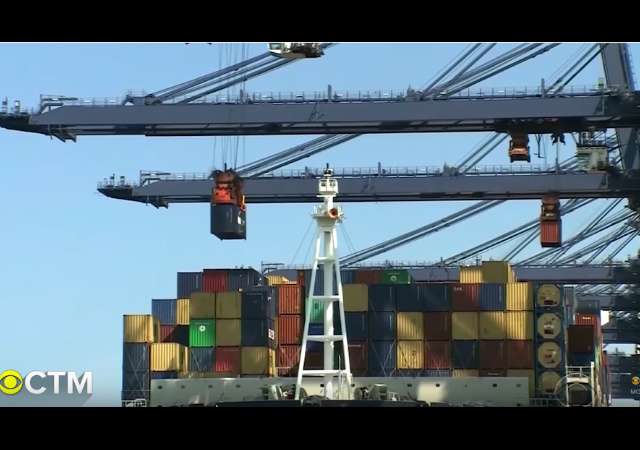 The Commerce Department announced today that the U.S. has hit its lowest trade deficit in three years with a decline in imports from China.

The foreign-trade gap in goods and services contracted 8.2% from the prior month to a seasonally adjusted $43.09 billion in November, the department said.

That was the lowest goods and services deficit since it hit $42 billion in October 2016.

Exports boost GDP while imports reduce it, and Tuesday’s report suggests trade is likely to make a large positive contribution to economic growth in the fourth quarter, after proving a mild drag in the third quarter. Net exports subtracted 0.14 percentage point from the third quarter’s 2.1% GDP growth rate, compared with a 0.68 percentage point drag in the second quarter.

“Over the past year we’ve seen trade being a small drag on the economy” due to weak global growth and the trade war, said Andrew Hunter, an economist at Capital Economics. “It looks like that drag’s starting to fade” as global activity picks up and trade tensions with China ease.

Tariffs on Chinese goods like clothing and electronics went into effect in September.

The export numbers increased by 0.7% in November, which included “consumer goods and capital goods like oil-field equipment.” The auto industry saw more vehicle exports after the United Auto Workers union ended its strike at General Motors.

Reports suggest President Donald Trump and China will sign a new trade deal in late January. The Senate has signaled it might sign the newest NAFTA deal later this week.

Not monotonic, but rather positive change. Tariffs compensate for environmental, labor, regulatory, and monetary arbitrage, and restore functional markets. A strike across the bow of unfettered capitalism a.k.a. monopolies or practices a la communist/socialist/fascist economies.

It’s a misnomer often applied, to call what we had “free trade.”

When one side has onerous burdens the other doesn’t have, that’s someone putting the thumb on the scale, and it isn’t “free.”

We were tying our own hands behind our backs, and weren’t making it. Thank God someone has decided we should be able to take our own side in a fight.

I thought the tariffs were of no use? Seems progress has been made.

Stop this fake news! I was assured that tariffs were like stabbing yourself. There can be no benefit no matter what the real outcome. Orange man bad.

Meanwhile back at the schloss…..

This isn’t working out for Macy’s.

Macy’s is closing 28 stores and a Bloomingdale’s store

n its most recent earnings report, Macy’s posted a sales decline of 3.9% at stores open for at least a year.