The End Is Near

The End Is Near 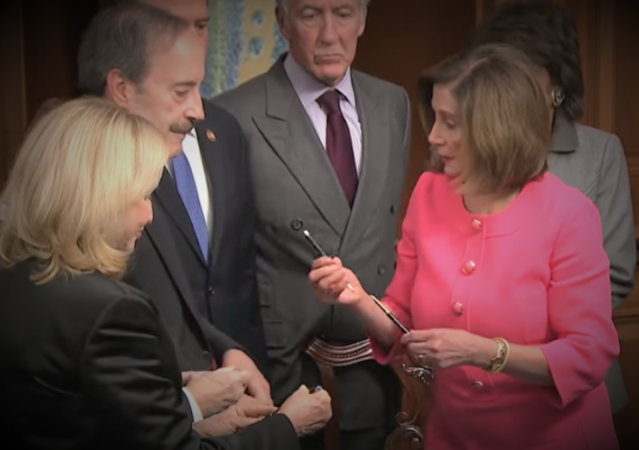 With any luck, by this time tomorrow night, the Schiff circus will have ended its run in the Senate with a vote not to allow Democrats to ‘Kavanaugh‘ the hearings.

Perhaps there also will be a vote to end the impeachment trial in its entirely, by dismissal or verdict.

It’s been a long time coming. At least 3 years, depending if you start counting from the day of Trump’s election or the Inauguration. This entire bad faith impeachment has been about the refusal to accept the 2016 election, and an attempt to damage Trump for 2020. Ukraine is the excuse, not the reason, for impeachment.

For headcount on which Republicans are voting to allow Schiff to Kavanaugh the trial, see this separate post.

We can celebrate nonimpeachment and Brexit at the same time.

As I said before, I have bottomless faith in the ability of Republicans to craft defeat from certain victory.

I continue to hope that I am wrong.

notamemberofanyorganizedpolicital in reply to Anonamom. | January 30, 2020 at 10:16 pm

Technically those are RINOs.

As the likely end draws near, I’m now starting to see articles on the web about how some woman that Trump apparently had an encounter with 30 years ago claims he raped her and is demanding a DNA sample to match something left behind on her dress (I think this woman has Trump mixed up with Bill), and also articles talking about trade tensions starting to tank the economy. I think the left is already moving on to the next tactics. Anything but trying to win at the ballot box, I guess.

Well, to win at the ballot box, they’d have to quit being STARK RAVING MAD marxists.

Not gonna happen. They’ve almost finished replacing us with foreigners, so why compromise, is their train of thought.

Ace at Ace of Spades Hdqtrs. is predicting dem witnesses, but no Trump witnesses, as of about 8:15 p.m. this evening.

Says Lamar Alexander (RINO-Tn) told the press he would announce TONIGHT how he would vote and that he isn’t coordinating with Lisa Murkowski.

Also, Ace embedded a tweet from someone stating as follows:

Sen. Lamar Alexander just had a Senate page deliver a note to Sen. Mitch McConnell. McConnell let it sit on his lap for a couple minutes, then read it and stuffed it in his suit jacket pocket. McConnell’s face is tough to read. But he didn’t look in Alexander’s direction.

I was so sure Senators were tired of being tied to their seats.

The Dems have already has 17 witnesses, plus one whose testimony they hid. Check out “Brady Disclosure” for the appropriateness of that. It looks like Trump is owed 18 witnesses to start. I also bet that Bolton really does not want to testify, as it could cut his book sales by a lot.

Get ready for the Murkowski – Alexander – Romney backstab.

Of course it’s not really backstabbing when you see then coming at you from the frontside the whole time.

Arizona cursed us with McCain.

It would be so wonderful to be rid of quislings!

Pelosi is Saying that Trumps Legal Team has embarrassed themselves and should be disbarred!

I think she is projecting. Schiff appears to have lied in stating that he did not know the whistleblower and appears to have made a Brady Disclosure (exculpatory evidence) violation in withholding the testimony of the 18th witness, IG Atkinson.

At least Dems will all have bullet shaped pens.