“This is about a man who has no connection to my corner of the world attempting to impose his agenda on a crucial local race without any real understanding of how that will impact the people who have to live with the fallout.” 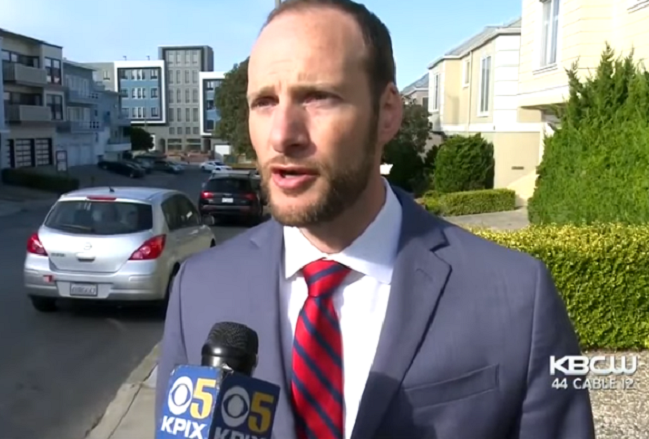 As we noted in 2018, leftist billionaire George Soros has been focusing his intricate web of foundations, super PACs, and assorted organizations on the nation’s District Attorney offices.

Since that time, Capital Research Center has done amazing work in uncovering the extent of Soros’ involvement in transforming our criminal justice system from the bottom up.

Financier and left-wing philanthropist George Soros contributed large sums to progressive candidates running for district attorney (DA) all around the country, apparently in hopes of changing the law enforcement system at the county or district level.

Since 2015, he has spent more than $17 million on district attorney and other local races in swing states such as Pennsylvania, Virginia, and Arizona, but also in large, predominantly left-of-center states such as California and New York. In 2016, Soros dropped $2,000,000 into a single sheriff race in Maricopa County, Arizona, helping progressive candidate Paul Penzone win the election with ease over longtime incumbent Joe Arpaio. He has given millions of dollars in grants to candidates in several other counties as well.

. . . . This effort has a clear motive, spelled out in a 2014 press release from the American Civil Liberties Union (ACLU) after Soros’s Open Society Foundations contributed $50 million toward the Union’s Campaign to End Mass Incarceration, which is a part of their wider Smart Justice campaign.

. . . . It seems that Soros decided his massive donation to the ACLU was not enough and started personally funding county prosecutor races.

Critics of Soros’s efforts have raised the concern that such blind partisan funding can weaken the vetting process regarding the candidates’ characters. Some felt these concerns were documented when Robert Shuler Smith—a district attorney for Hinds County, Mississippi, whom Soros had backed—was tried in criminal court for two counts of suspected conspiracy to hinder prosecution and one count of suspected robbery, among other charges.

As one reporter put it, “This isn’t about either of [the candidates] personally. This is about a man who has no connection to my corner of the world attempting to impose his agenda on a crucial local race without any real understanding of how that will impact the people who have to live with the fallout.”

As we noted in November 2019, one of the recipients of Soros’ backing is newly-elected San Francisco District Attorney Chesa Boudin: San Francisco: Socialist Son of Imprisoned Weather Underground Terrorists Who Was Raised By Bill Ayers and Worked for Hugo Chavez Elected D.A.

Since his election, Boudin has fired seven of the district’s top attorneys, those who have built reputations as being “tough on crime.”

Chesa Boudin, San Francisco’s newest district attorney, the guy once referred to as “communist” by city sheriffs, kicked off his new law enforcement leadership role by, get this, firing seven of the community’s experienced prosecutors — the ones, notably, known as tough on crime.

But it all makes sense. This is the city represented by none other than Speaker Nancy Pelosi — and Boudin, according to one past assessment, is practically a raging “communist.”

. . . . Now Boudin’s won and taken office. And as one of his first official acts, he’s given the boot to those who would probably oppose his agenda.

Boudin claims he “had to make difficult staffing decisions in order to put in place a management team that will help me accomplish the work I committed to do for San Francisco.”

That’s code for: these guys aren’t aboard the social justice warrior bandwagon. They’re too law-and-order. So they gots to go, you see.

The firings can’t be too much of a surprise.

Boudin’s main platform, after all, was overhauling the status quo — and if that sounds familiar, it is. Hope and change, anyone? It worked for Barack Obama; it worked for Boudin.

. . . . So now, somewhat expectedly, Boudin wants an end to “mass incarceration,” based on theories that the incarcerated are often, very frequently, no, wait, almost always behind bars because of the colors of their skin, rather than the deeds they did. Right? And he knows this to be true because his mom pleaded guilty to murder and robbery, and his dad was convicted of murder and robbery, and he visited them in prison numerous times.

“My earliest memory,” he told NBC back in December, “is visiting [my parents] in prison. … Certainly, one lesson I learned is how … punitive it can be when your dad, arguably, was given an extra 55 years’ minimum sentence than your mother.”

Sad childhood to the side, politically speaking: the incarceration of Boudin’s parents had to influence his soft-on-crime, sympathy-for-the-convicts approach to prosecutions.

It had to play into the decision to let go some of the city’s most experienced prosecutors, including one, Mike Swart, who served or 10 years in the homicide unit.

Boudin said he wants simply “to restore a sense of compassion” to the justice system, including for “the people who, themselves, have caused harm.”

Exactly what I was going to say, other than to add he’s a marxist bent on destruction

Some people just want to watch the world burn. Soros is throwing lit matches at it.

notamemberofanyorganizedpolicital in reply to Michael Johnson. | January 23, 2020 at 10:08 pm

Can we RICO Mr. Sorass?

Milhouse in reply to notamemberofanyorganizedpolicital. | January 24, 2020 at 1:45 am

Publicly identify the candidates Soros backs. Perhaps the voters would like to know.

notamemberofanyorganizedpolicital in reply to TX-rifraph. | January 23, 2020 at 10:12 pm

In SanFran’s case, I don’t understand why they didn’t just disband the District Attorney office, as opposed to electing a known communist, Chesa Boudin. Now they still have to pay for the office and the employees, while disregarding any semblance of law and order. Seems ridiculous to me.

What isn’t ridiculous is George Soros’ interference in the US criminal justice field. This is malicious. He is an evil old man. Of course, the final responsibility lies with the voters. Clearly, SanFran will soon be renamed the West Coast Mumbai.

It is up to us to understand what we’re voting for.

“Boudin said he wants simply “to restore a sense of compassion” to the justice system, including for “the people who, themselves, have caused harm.”

Where the hell does soros dig up these parasites? (Actually gotta give the guy credit: he didn’t become a billionaire for nothing.)

The most puzzling thing is why people in San Francisco are such gluttons for punishment?

notamemberofanyorganizedpolicital in reply to TheFineReport.com. | January 23, 2020 at 10:16 pm

Because they are un-educated in the truest sense of the word.

Education today is just Brainwashing, not education at all.

Because liberals can never admit they are wrong. It is a component of the ideology. Just like all liberals, even in spite the obvious, believe they are smart. Being liberal confers IQ. Who could give that up?

Michigan got sorosed last year too. Our state now has a hard core lesbian AG who is an agenda pushing witch.

The idea is to turn cities and border states into massive zones of death and chaos. At the right time a new law and order party will be presented. Idiots like this fool are pawns.

At what point does it become treason?

It doesn’t. Treason has only two definitions, and this doesn’t even slightly resemble either of them. Soros is not doing anything wrong, he’s not breaking any law, he’s doing exactly what the first amendment guarantees him the right to do. It’s up to other people to inform the voters what he’s up to, and it’s up to the voters to decide whether they like it or not. In San Francisco the majority of voters like what he’s doing, at least so far; a few years of experience under the terrorist spawn they just elected might just perhaps change a few of their minds.

It can not be claimed that the majority of San Francisco residents support Boudin. He was elected by a very slim margin using the “ranked choice” voting system in SF. He initially gained only 35% of the vote. When the second choices were added in, the votes for the other candidates reallocated, Boudin ended up with 50.83% of the votes in what was finally a two candidate race. He won by a whopping 1.7%. Then, we have the total number of votes cast in the election. This number was approximately 170,000 in a population of 4.7 MILLION people. He was elected by less than 2% of the population of the city and only 4% participated in the election.

So, it is fair to say that we have no idea whether the population of SF approves of Boudin or not. More than likely, if the residents do not approve of the direction the city is going in, they will do what Californians always do, move to a more congenial state and pollute their new home.

Whether they’re still happy with that choice, nobody knows. At this point they probably are. Give it a few years and that may change.

You are correct, but I’d still rather see him take a long trip on a short rope. Of course that won’t make any real difference, his son is already picking up the slack and I’m sure the old b*stard has set up any number of funds, etc. to carry on his efforts to destroy the country.

soros has an appointment with destiny