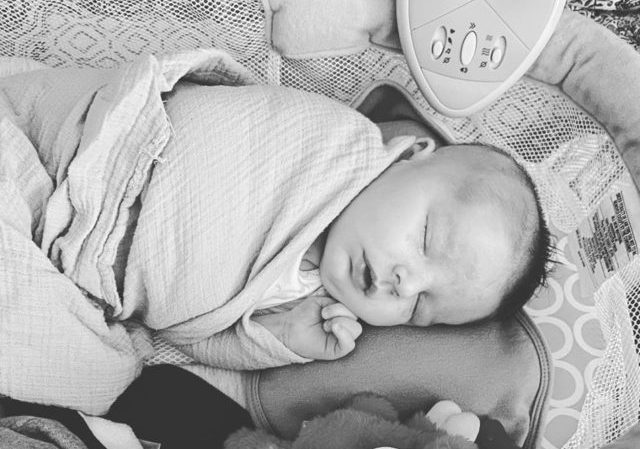 Baby Walt was born November 24 via emergency c-section. Shortly after his birth, he was diagnosed with a rare heart condition and life lifted to Houston’s Medical Center.

December 9th, Walt had surgery to treat patent ductus arteriosus and repair the right atrium, both of which were exacerbated by his heart condition. Since then, we’ve been spared (he’s been spared) any further instance of literal life-threatening scare. The surgery was as great a success as it could be. Better even.

On Monday, December 30th five weeks and one day after entering the world, Baby Walt left the hospital and joined us at home.

He’s now 6 weeks old and doing great. Aside from a rock star haircut (necessary for the insertion of a PICC line into his scalp) and one medication, Walt is a perfectly normal infant. He eats well. Really well. Sleeps like a champ when swaddled and enjoys walks and snuggles.

On Christmas Day we spoke with a doctor who told us they were giving Walt a little more time, but if in the next few days Walt wasn’t eating more on his own, they would have to place a permanent feeding tube which would remain until his weight gain picked up. I cried. And then I prayed. And before I went to bed that night, I took communion and prayed again. When I called the nurse first thing in the morning on the 26th, she told me they were removing Walt’s existing feeding tube because over the last 12 hours, Walt was successfully sucking down an entire bottle. I cried again. And praised God for yet another medical-defying miracle.

And that’s a microcosm of the entire ordeal. The five weeks Walt was in the hospital seems like a separate lifetime. One that happened in some alternate reality woven of surreal nightmares, endless days under fluorescent lights, sitting in uncomfortable, sterile chairs, set to a soundtrack of beeps, buzzes, and alarms. But after every nightmare, joy greeted us in the morning.

His future looks bright. It is bright.

And here we are. Still standing. All healthy. All well. Completely because of the love, support, and prayers of so many people, because of the peace and loving kindness of our God who has been faithful a million times over. As for Walt, he’s sound asleep. He also smiles in his sleep. It’s adorable. 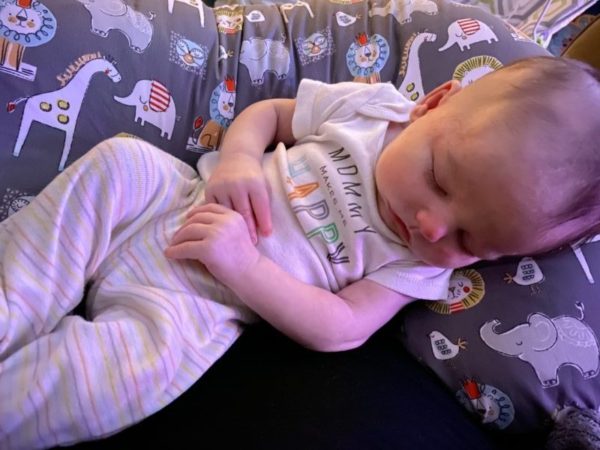 God has heard our (and your) prayers and answered. His mercy, grace, goodness, and faithfulness are evident every single day. They are forever part of Walt’s story and our family’s.

Thank you for praying for my son and my family, for loving us from afar. The Legal Insurrection family is truly that and I’m so thankful for each of you, staff and readers alike.

24 The Lord bless you and keep you;
25 the Lord make his face to shine upon you and be gracious to you;
26 the Lord lift up his countenance[c] upon you and give you peace.

I look forward to getting back on the blog in the next week or so. I’ve missed y’all.

I am so happy for your entire family. Prayers will continue for your clan. I am looking forward to regular updates about this kid! Hugs.

This is great news and a great way to start the New Year! He’s a cute little nipper.

Praises!
May God bless little Walt and your whole family in 2020 and beyond!!

Awesome news! Great to hear the update. God is great.

I am glad that the outcome has been so good and hope that he is so blessed for the rest of his life.

It is the season….

We’re crying and praying with you, Kemberlee!

Great. And remember babies need full-blown crying occasionally to clear and strengthen lungs. On the other hand, it can build up the baby’s appetite.

Fantastic way to bring in the new year and decade

Wonderful to hear this news! So happy for you!!!

Hallelujah!
He is good!

So happy that Walt is doing so well. Such a cutie pie!

Wonderful news! May G-d continue to bless Walt, you, and your family.

This is the Best news!

I know you can’t wait to come back and write.

I don’t know how you (and the rest of the LI team) plow through all the non-stop leftist clownage without ripping your hair out. God has blessed you with more strength than you may realize.
😉

Thank you again for sharing with us. Wish you and the new extended family all the best.

He’s adorable! Will pray that he continues to progress and that you and your family will be happy forever!

What a great testimony Kemberlee. Made me cry too. 😉

You know the scripture “they overcame him by the blood of the Lamb and by the word of their testimony” (Rev. 12:11)? Not overcame by reciting scripture but by the word of our testimony. The kind of confident testimony that lets you “laugh at the days to come!” (Proverbs 31:25).

It’s so hard to go through that kind of thing with your child, but you come out stronger and equipped for the fight. Thanks for encouraging my faith by your testimony. And welcome home baby Walt!

Mazeltov! May God hold you and yours in the palm of his hand and smile upon you each day.

Just the best news! Many, many times, the goodness in life amazes me. Continued blessings to all of you.

Prayer is powerful, so is love. Little Walt has had both on his side, and it is so great to hear that he is finally at home.

Praise God from whom all blessings flow!

Wonderful news! Home is where Baby Walt belongs – with his family! We rejoice with you! Continued prayers and yes, God is good.

Sweet! Though its not what I would have chosen w/ our premi daughter being 6 weeks early, I was completely at peace with her in the NICU care for a week. Cuz outside of that room if something went bad, help is at best minutes away. In that room- it was seconds.

What a great read – God is good!

Dang allergies are acting up again. That’s my story and I’m sticking to it.

Kimberlee, congratulations on the wonderful progress! I’m happy that the roller coaster ride is easing up, and that our prayers for you are being answered.

Walt’s tend to be tough ‘ol birds, highly independent, stubborn, and very conservative. And we love to throw the medical professionals for a loop!

Little Walt will be fine … and will grow up to be a Big Walt. Promise.

God is great. God is good.
His love is everywhere.
WE are so grateful for Walt.
We also so so love hearing updates
Walt has thousands of loving Aunts and Uncles.
Please keep us up to date

I think your story broke the local internet. This is the third time I’ve tried to post. I am glad your little fellow is home. Enjoy him.