Santa delivers some exceptionally good economic news, revealing that Trump is guilty of use of office, and obstruction of recession. 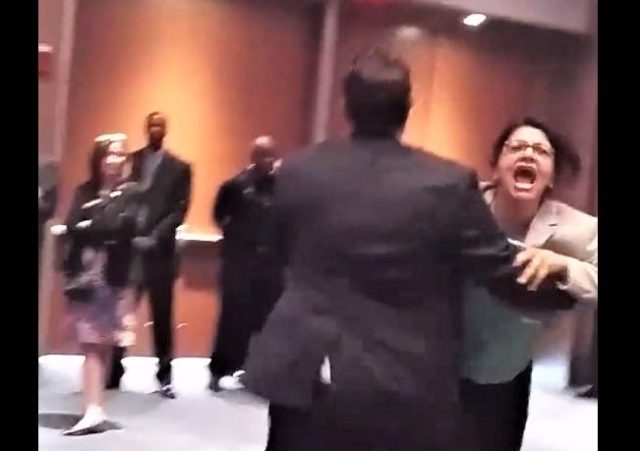 Santa appears to be delivering some good economic news this Christmas season for President Donald Trump, as his economic policies seem to have created a flurry of both spending and earning.

The Bureau of Economic Analysis (BEA) has reported personal income rose $101.7 billion (0.5%) in November, exceeding the previous projections it had made. The gains were primarily related to employee compensation.

The gain was primarily driven by better compensation for employees, as well as farm proprietors’ income, and personal interest income.

Generally, those who aren’t Democrats like to earn money before they spend money. All this income has resulted in record holiday shopping the weekend before Christmas. Super Saturday sales hit $34.4 billion, the biggest single day in U.S. retail history.

While foot traffic was down at most malls, the conversion rate, or the percentage of people who go to malls and make a purchase, rose, Johnson said. Even long-struggling department stores “had their best weekend of the season,” he said.

Christmas Eve revenues look promising, as there was so much traffic at some stores their register system crashed.

Tuesday was such a busy day that the registers went down at some Kroger stores across the nation, the Cincinnati Enquirer reported. For roughly an hour Tuesday, Twitter was blowing up with memes and comments from upset shoppers about Kroger stores the day before Christmas.

According to online users, all registers were down and could not accept card payments. Customers had to pay in cash until the issue was resolved. Shoppers also could not purchase gift cards even with cash.

Finally, stocks climbed higher on Monday, hitting new records and continuing what appears to be a year-end rally.

Investors cheered the news that China will cut import tariffs on a wide range of goods. China’s finance ministry announced starting January 1, it will lower import tariffs on over 850 products ranging from frozen pork to some types of semiconductors. China is making efforts to boost imports amid a slowing economy and a trade war with the U.S.

“Stocks are grinding relentlessly higher into year-end on continued momentum from the positive resolution of four key events: A phase one trade deal, a dovish Fed, economic data that isn’t getting worse and Brexit resolution,” Tom Essaye, founder of Sevens Report, said in a note on Monday.

And what is even better than all of this amazing news? The promise that 2020 will be even better!

The news reveals that, as conservative pundit Don Surber notes: “The president is guilty of use of office, and obstruction of recession.”

How does this make the left think they are winning?

Because all they wanted for Christmas was their two articles of impeachment!

We should turn that into a song…

notamemberofanyorganizedpolicital in reply to 2smartforlibs. | December 25, 2019 at 2:02 pm

Oh that’s one of those oxymorons…..

no, Leftards are “lack of oxy morons”

Looking at the picture reminds me that I need new line on my bass pole.

Rashida Tlaib hates Jews. She is also in power. As such, she is an existential threat to any Jew in America, and the world.

Whatever bad comes her way should be greatly celebrated by tolerant Americans, let alone world Jewry.

Where is that photo from? She looks positively rabid. Has she been tested?

Just the affects of the religion of love and Pisces.

This great economic news is brought to you by Obama, who handed Trump a recovering economy. But if the economy tanks, it’s Trump’s, and Putin’s, fault.

A guest on NPR tried to make the case that the current rally is the markets reacting positively to the possible removal of Trump. TDS makes dumb people dumber.
.
Just keep those happy thoughts Lib-tards. Trump will just keep WINNING!

Really more worried for when GEOTUS finally finishes his second term.
Hopefully I’ll have sold off my stock portfolio by then because I’m going to be no one, and I mean NO ONE will ever make the markets sing like GEOTUS has. Praise KEK!

Too often (always?) economists and prognosticators fail to acknowledge God in their calculations. Particularly, the blessing Isaac gave to his son Israel, the namesake and father (and proxy for) the nation of Israel: “Cursed be everyone who curses you, And blessed be those who bless you!” (Genesis 27:29 [NKJV]) THIS should be the first thing noted when talking about Trump’s economy and Obama’s economy, and their respective administrations.