Los Angeles City Council rules “suppress” the speech of the NRA and its sponsors. 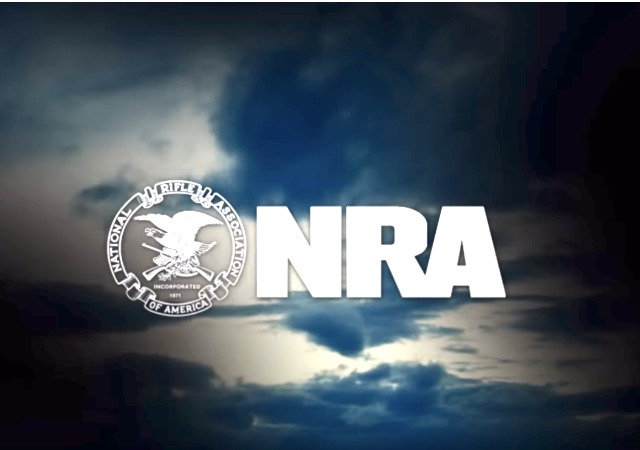 The National Rifle Association (NRA) received some good news in its legal challenge to a Los Angeles ordinance requiring businesses to disclose any links with the advocacy group: a federal judge temporarily blocked the rule.

The Los Angeles City Council approved an ordinance this past February requiring companies that do business with the city to disclose any financial connections to the gun-rights advocacy organization.

The Fairfax, Virginia-based organization responded with a federal lawsuit against the city, arguing the policy silences NRA members and supporters in the city by forcing them to disclose their ties with the organization.

U.S. District Court Judge Stephen V. Wilson found that the Los Angeles City Council enacted the rule to suppress the speech of the NRA and its sponsors or business affiliations.

The temporary hold prevents the city from enforcing the rule until the case is fully heard before the court. The City of Los Angeles did not respond to Newsweek’s request for comment about how it plans to pursue the case.

“This is an important win for the NRA, our members, and all who believe in America’s constitutional freedoms,” Andrew Arulanandam, the NRA’s managing director of public affairs, said in a written statement. “In a strong rebuke of the city’s actions, the ordinance is banned from taking effect… The ruling sends a powerful message to those government officials who would take any actions that are adverse to the NRA because they dislike its political speech.

City Councilman Mitch O’Farrell, who championed the law, was less than thrilled with the ruling.

O’Farrell said his office is consulting with the city attorney’s office on the next steps. “Our initiative provides transparency and allows the taxpayer to know how and where their monies are being spent,” O’Farrell said.

…Wednesday’s ruling is the second time in recent months that a major California city has been forced to back away from attempts to discriminate against NRA supporters.

In September, San Francisco’s city council passed a resolution declaring the NRA a “domestic terrorist organization,” and told the city to stop doing business with anyone who supports the gun-rights group. In October, after the NRA filed a suit against the city, the mayor sent a memo to city employees stating the council’s resolution was not binding and instructing them to disregard it.

Cause those are the main people who kill people!

No. This is not a coincidence, it was entirely predictable. It was obvious from the moment this “law” was passed that it would never survive its first encounter with a judge.

“Our initiative provides transparency and allows the taxpayer to know how and where their monies are being spent,” O’Farrell said.

Ahhh, NO! The taxpayer’s money is being spent by the city to pay the contractor. At that point it belongs to the contractor, and is no longer subject to taxpayer oversite. He can do with it As he pleases.

If O’Farrell is so in favor of “transparency” then let him publish full details on all his personal and professional and financial connections, transactions, etc. Let nothing about his life be private. #TurnaboutIsFairPlay

To him NRA supporters are the wrong sort of people. To others it would be NAACP supporters, or ACLU supporters, or supporters of any mosque, or of any synagogue. Try substituting those for “NRA” in this purported law, and it should be obvious why it was struck down at the first opportunity.

The same applies to labeling laws that purport merely to “inform” consumers about the products they’re buying, by giving them information they’ve got no legitimate interest in knowing. Sometimes it’s an ingredient that the product’s competitors want consumers to imagine is bad for them, so they’ll avoid it and buy their products instead. Sometimes it’s a political issue. And sometimes it’s pure bigotry. Again imagine a law requiring products made by black labor to be labeled as such, so “informed consumers” can boycott them, and you can see why this is illegitimate.

@*%$**!! worthless, totalitarian Dhimmi-crat apparatchiks. Feces and urine are filling the streets of L.A., illegal aliens run around with impunity, fleecing taxpayers and committing crimes, but, the Dhimmis decide that eviscerating our constitutionally-protected freedoms is where they should properly spend their time and energy.

To hell with these idiots — they are worse than useless.

A CA9 judge ruled for the NRA? Shocking. It will get overturned on appeal though, you can be certain of that. If the 3-judge panel doesn’t rule the right way a sua sponte en banc will correct them, like they did Peruta.

And the SCOTUS will refuse to consider cert because guns, or something.

No, it won’t. This is obviously, brazenly unconstitutional, and there was never any chance that any judge would ever let it through.

I’m curious why this is always framed as “speech”? Doesn’t it more strictly chill freedom of association? It seems I almost never hear that freedom used as the basis of a 1st Amendment complaint, no matter how applicable. Why is that?

(And concur wholeheartedly with rustshamrock.)