“The focus of the debate should be federal tax policy and the relative societal benefits of business investments and the enormous intended benefits to the United States economy.” 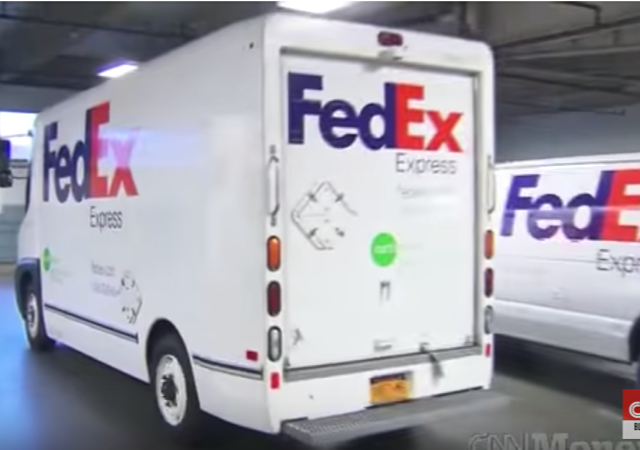 On Sunday, The New York Times had an article about how FedEx managed to cut its tax bill to only $0.

FedEx CEO Frederick Smith released a statement, claiming the paper “published a distorted and factually incorrect piece” on his company.

The NYT article asserted that FedEx, like most big businesses, “has not made good on its promised investment surge from President Trump’s 2017 tax cuts.”

As for capital investments, the company spent less in the 2018 fiscal year than it had projected in December 2017, before the tax law passed. It spent even less in 2019. Much of its savings have gone to reward shareholders: FedEx spent more than $2 billion on stock buybacks and dividend increases in the 2019 fiscal year, up from $1.6 billion in 2018, and more than double the amount the company spent on buybacks and dividends in fiscal year 2017.

The company released this statement:

A spokesman said it was unfair to judge the effect of the tax cuts on investment by looking at year-to-year changes in the company’s capital spending plans.

“FedEx invested billions in capital items eligible for accelerated depreciation and made large contributions to our employee pension plans,” the company said in a statement. “These factors have temporarily lowered our federal income tax, which was the law’s intention to help grow G.D.P., create jobs and increase wages.”

Following this @nytimes piece, the chief executive of FedEx is challenging the editor of the Times and its business section editor to a *public debate* on taxes. https://t.co/cyfrncoLED pic.twitter.com/ZAnr1QMlYq

You know what? If FedEx had a $0 tax bill I say good for them. The money the company made belongs to the company, not the federal government.

Why do people act like this is a bad thing? Back in April, NBC News published a piece from The Center for Public Integrity that claimed twice as many companies have paid zero taxes due to the tax cuts.

It’s not just FedEx. The Institute on Taxation and Economic Policy found that “60 Fortune 500 companies avoided paying all federal income tax in 2018.”

Again, SO WHAT? Good for them.

Also, big companies have used loopholes within the tax code to pay a small amount in taxes.

I know the media published reports in 2010 about GE’s $0 tax bill. I don’t remember the outrage, though.

The Times and other such outlets are not up to challenges. They write something and then use boiler plate language like, ‘we stand by our reporting’.

The President of FedEx pointed out that in 2017 – the NYT paid ZERO taxes on their own earnings. (And, yes, they had earnings.)

How about a fair tax policy – a flat tax with no massive IRS?

Also, I assume the NYT will publish its tax returns to show how a “responsible” corporation tries to maximize its tax bill for the public good or whatever..

How about a sales tax, and no IRS at all.

Then who will administer the sales tax?

Wait, What? A company followed the laws as written? How dare they?

NYT might find a debate preferable to a law suit!

Income tax is just one form of taxation, they pay plenty in, fuel taxes, excise taxes, various fees just to name a few.

A duel would be better. Sulzberger would run screaming like the beeatch he is.

I think the real news here is that the NYT actually had earnings. Who would have thought?