Will Leftists Stick With Heart-Sick Bernie?

Will Leftists Stick With Heart-Sick Bernie?

Should we start taking age into serious consideration when it comes to any public office? 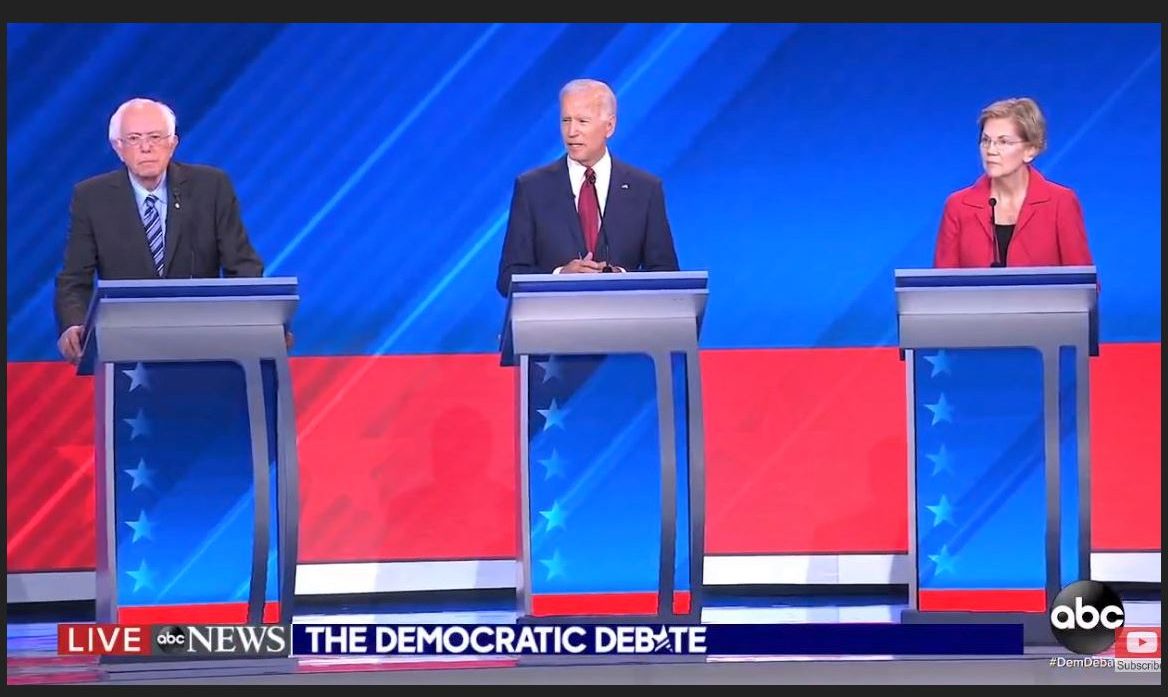 2020 Democratic presidential hopeful Sen. Bernie Sanders (I-VT) is still recovering from surgery for blocked arteries. Doctors inserted two sents into his heart, which led him to cancel events and appearances.

But the medical incident once again brought the ages of the top candidates to the forefront.

Will leftists stick with Sanders or will this health scare force them into the arms of another?

Vice President Joe Biden is 76. He has faced numerous questions about his age and stamina due to ramblings and memory lapses.

Democratic strategist Erik Smith said the health problems could make “it harder for him to persuade new supporters to come into his column because this will at least be in the back of people’s minds.”

It does not help that Sanders has not recaptured the spark from his 2016 run:

The setback with his health also comes amid something of a political slump for Mr. Sanders in his second run for the presidency. He has continued to raise substantial amounts of money from his dedicated supporters — on Tuesday, his campaign celebrated an impressive third-quarter fund-raising haul of $25.3 million — and has remained among the top three contenders in the primary. But he has been unable to expand his base beyond those enthusiasts. In recent weeks, he shook up his staff in Iowa and New Hampshire, the first two nominating states, in an effort to jump-start his candidacy as Ms. Warren passed him in some polls.

The Wall Street Journal reported that betting places knocked out Sanders from the top tier after he landed in the hospital while “elevating Ms. Warren’s chances of winning the nomination to over 50%.”

The New York Times mentioned a Pew Research Center poll from May, which shows that registered Democrat voters prefer candidates in their 50s:

Two of the Democratic Party’s best-known candidates, Joe Biden and Bernie Sanders, are in their 70s, yet only 3% of Democrats and Democratic-leaning independents say this is the best age range for a president. And just 6% say it would be ideal for a president to be in their 30s.

It’s obviously at the front of the candidates’ minds, too. Warren always jogs to the stage during an event. Biden runs through parades.

Sanders has also tried to push doubts out of people’s heads. He has played softball at the famous Field of Dreams baseball field in Iowa. He hates taking time off, constantly traveling from campaign spot to another.

Maybe with older presidential candidates, the younger generations (like mine) will start taking age into consideration. The Wall Street Journal editorial board suggests that may not be a bad idea:

Yet while some voters are ideological, others are moved by personality and other attributes. Many Sanders supporters are attached personally to the irascible populist. They might look for a new tribune among the still-crowded Democratic field. Supporters who appreciate what is sometimes called Mr. Sanders’ blue-collar appeal might be drawn to Mr. Biden.

Even as the media often describe the Democratic coalition as young and forward-looking and GOP voters as aging into irrelevance, Baby Boomers and older politicians still control high elected office in the Democratic Party. Thanks to the miracles of modern medicine, they may do so for a while. But as with the 73-year-old Mr. Trump, voters will need to take age into account, and the vice-presidential choice may take on greater importance.

Warren has taken over the top spot in a few polls from Biden: Economist/YouGov, Monmouth, and Quinnipiac. Overall, Biden leads RealClearPolitics national average to 2.2%.

The real test will come in the next debate. Sanders said he will participate in it, which takes place on October 15 in Columbus, OH.

Humanity over politics. I wish Sanders a speedy recovery and will keep him in my prayers.

I really wish I had not agreed to allow ads on this site. Toilets flushing carrots distracting moving ads ruin the experience.

If you paint your teeth with a WhiteOut pen, moving your hand VERY fast, you won’t notice the carrots bring flushed.

Disable Javascript in your browser for this site, and all will be well.

I’ll allow it for supporting site revenue. Let us not be ungrateful Democrats.

Here’s Tim Pool, essentially saying the same thing that Michael Moore did for the 2016 election.

He obviously feels like a Cassandra, desperately warning about the coming disaster.

Who’s the ball of fire that sucks all of the oxygen right out of the Democrats’ room, and how old is he?

The question isn’t a person’s age, but health, vigor, stamina and intellectual function.

Bernie could recover, although I doubt he will in the time frame he has. I wish him well, but I do not want him to have any power over my life, or that of my children.

Above all, Sanders is corrupt and a massive hypocrite.

I can’t imagine how these septuagenarians have the physical and mental energy to campaign and travel as much as they do. Also, the emotional toll of their opponents constantly looking for scandal must weigh on the family.

Since I value my freedoms, I would never vote for a Socialist. Yet I feel sympathy for Bernie with his heart attack. I hope he gets to feeling better soon, but I also wish that he and the other Socialists would stop trying to get into power so they can ban all of the freedoms we value.

They’ve already said they want to ban guns, “hate speech” (any opinions they don’t like), plastic straws, grocery bags, fracking, offshore oil production, nuclear power plants, gas automobiles, air travel, etc. If they got into power, we would become dependent on foreign energy again, and we would be subject to all their bans and rules and forced to use politically correct speech.

I don’t the physical and mental challenge is all that significant for Bernie as it would be a Republican of his age.

He is never challenged on any of his positions and he has about 6 talking points that he reverts to every time he makes an appearance. He uses these same talking points to answer any question that may be directed his way. Medicare for All, evil corporations, billionaire class envy, gun confiscation, open borders, unfettered abortion rights, blah, blah, blah. He is the proverbial broken record.

The way he is treated really doesn’t require much mental sharpness.

All that said, the man should only enter the White House as a guest. From his age to his positions on all the major issues, he should never, ever be considered a serious candidate for President.

bernie never had a chance to begin with. I’m glad he’s helped drag the democrats so far to the left. I do hope he gets better and enjoys more of the fruits of capitalism for many years to come.

The Dems should turn back to Hillary. Her health is never in question.

The Democrats have no intention of having an ancient white male as their candidate,

clinton will jump in.

If he does continue, I half expect that HRC will be named his running mate. If she can’t get in one way, she will demand another; just can’t accept that she lost.

As others have pointed out, under Medicare for All Bernie would probably still be waiting for an appointment, if not already dead.

He had a myocardial infraction which is a heart attack that damages heart muscle. The stress from flying and campaigning will only exacerbate his condition. I think he is done.