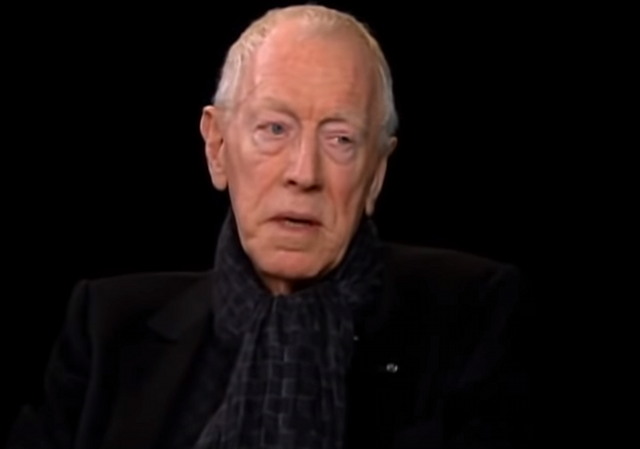 This is something fun for Halloween that I noticed while perusing videos on YouTube. You may know Max von Sydow from his performance in ‘The Exorcist’ and many other films.

In this 2012 interview he did with Charlie Rose, they are talking about skepticism towards spirituality and he claims that he has ‘heard from’ the deceased director Ingmar Bergman who promised to confirm for him that there is an afterlife.

MAX VON SYDOW: It’s very much Mr. Bergman. I think it’s very much an expression for his own search for meaning, a search for the truth, a search for love, et cetera. It’s funny, I think at the time I was searching too. I was a great doubter when I was young at that time. I remember we discussed of course religious matters very much between takes. I remember at one time I said, “Well this eternal life, I don’t I promise you, you’re wrong there. You’re wrong.” “No, I don’t believe in it. You mean you will live somewhere after? You will go somewhere?” “Yes,” he said. “Well I don’t believe.” “Well I’ll show you. When I’m gone, I’ll tell you. I’ll show you.” He will come back.

CHARLIE ROSE: I have a friend who once said to me, “I’m convinced there’s no life after death.” I said, “Why are you convinced?” She said to me, “Because my mother was such a strong woman that after she died, she would have found a way to communicate to me and I haven’t heard from her.”

CHARLIE ROSE: You have? No, no, in spirit? You’ve heard from his spirit?

CHARLIE ROSE: Tell me about it.

The video is cued to start at the 4:54 mark, just press play:

A good chess opponent is hard to find, I guess.