Considering just how overbearing and evil the Chinese government is proving to be, we need more artists willing to stand up 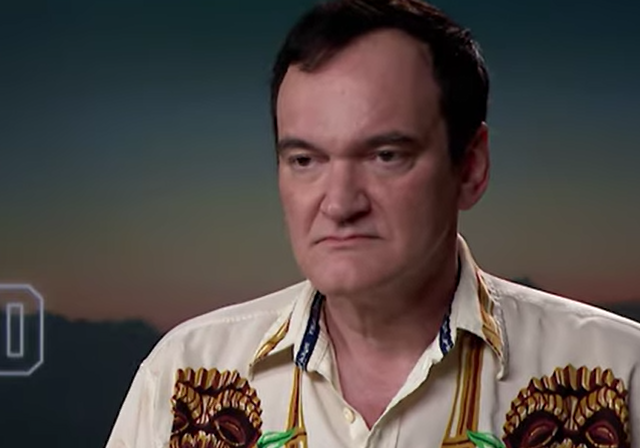 Quentin Tarantino is a director well known for stirring the pot. He’s not afraid of controversy as evidenced by the controversial nature of his films which frequently deal with themes of violence, cruelty, bigotry and bloody vengeance. He’s also an infamously leftist figure who generally tunes his films to the tastes of an overwhelmingly progressive audience.
That said, he’s not afraid to stand on principal. His newest film Once Upon a Time in Hollywood was scheduled to be released in China this week on the 25th, however, the film has been pulled following his refusal to make edits before the release date.

As reported by The Hollywood Reporter:

A source close to the situation tells The Hollywood Reporter that the auteur is taking a take-it-or-leave-it stance in the wake of Chinese regulators pulling the film from the schedule a week before its Oct. 25 release in the country.

THR reported Friday that the release of the acclaimed pic, starring Leonardo DiCaprio and Brad Pitt, had been put on hold indefinitely. No explanation was given to Sony Pictures Entertainment, the studio behind the film, as to why. Sony declined to comment.

The decision to halt the release is speculated to be over Tarantino’s portrayal of the late martial arts hero Bruce Lee, who was of Chinese descent.

As THR previously reported, sources close to Beijing-based Bona Film Group, which is one of the investors in the film, and China’s Film Bureau say Lee’s daughter, Shannon Lee, made a direct appeal to China’s National Film Administration, asking that it demand changes to her father’s portrayal in the pic. Friends and family of the Hollywood action star have criticized Tarantino for his depiction of Lee, saying it doesn’t resemble the real-life man and is instead a caricature.

The portrayal of Bruce Lee in the film has been a sticking point for some, especially Lee’s family who have been outspoken about how it makes Lee appear cocky and standoffish. That being said, the move is yet another step in a recent series of censorship maneuvers by the Chinese government to stem criticism of their state by colluding/blocking their critics.

This stand for creative freedom stands in stark contrast with recent corporate controversies this October. In just the past few weeks Blizzard Entertainment, the makers of World of Warcraft, and the NBA have taken steps to punish their players for taking a public stance in support of the ongoing Hong Kong protests.

Blizzard banned a high ranking professional Hearthstone player named Ng Wai Chung who shouted out support for the protests during a ranked game on the grounds that he “offends a portion or group of the public.” The Chinese tech giant Tencent owns a partial stake in Activation Blizzard.

At the same time, the NBA’s Chinese partners pulled out of the league following a tweet from the general manager of the Houston Rockets that said:

Additionally, China banned the entire series of South Park following their recent episode Band in China which mocks their government’s pressuring American corporations and artists to capitulate to the wills of a totalitarian state in order to gain access to their massive market.

The individual nerve of artists like Quentin Tarantino and the creators of South Park, Trey Parker and Matt Stone, can’t be understated. They’re strong stances are costing their distributors enormous sums of money from an entire market being closed off to them.

As China continues to make massive inroads into the global economy, they’re going to continue to push their will upon foreign corporations and nations. Among their imperialistic totalitarian prerogatives is to make sure nobody says anything bad about them. This is why the entire nation of China has had the character of Winnie the Pooh banned just because someone criticized President-for-life Xi Jinping by saying he looked like him.

Considering just how overbearing and evil the Chinese government is proving to be, we need more artists willing to stand up on principal and avoid the massive sums of money that bending a knee to Chinese communism can give us.

This is not unique to China. Haven’t you been covering the cancel culture here? Have cancel cultists not appealed to the government or other bodies of authority to strike down those who disagree or bar their beliefs as “hate speech”?

Right on. China is just engaging in the sort of “de-platforming” that the leftist PC Police do here. Communist China is a great example of how we would have to live if the Socialists here had their way.

I totally stand with Tarantino, and will actually pay money to see a Hollywood film , his!

I won’t. The fact that a proto-Marxist who thinks only conservatives should be censored is displeased when he finds himself subject to the same treatment by his ideological fellows doesn’t in any way change my distaste for him and his movies.

Go ahead and call us “get off my lawn” types for telling you so, but believe it or not, your credibility suffers when you make such basic errors.

Can you be sure it wasn’t autocorrect?

“They’re strong stances are costing their distributors enormous sums of money from an entire market being closed off to them.”

It *really is* okay to proofread, despite what you may have heard.

Holding writers to objective Western standards of spelling and grammar is an assertion of white supremacy. By denying the world’s many diverse grammatical experiences, the patriarchy uses white spelling privilege to oppress and marginalize victimized groups, be they people of color, women, immigrants, LGBTQWERTY communities, the gender fluid, and the differently abled.

I gave this a thumbs up because I think it is sarcasm…but it’s just so darn hard to tell!

Algore also invented math and physics to hold minorities back.

Their courage was exemplary, fantastic, over-the-top, immune to overstatement.

notamemberofanyorganizedpolicital in reply to Exiliado. | October 23, 2019 at 3:49 pm

The Principal is your Pal………..

He stands on principles……..hopefully……..unless DEM….

Not interested in Tarantino, and I see South Park as vulgar. However, they have my respect for standing up to the PRC govrnment–which is the last, best hope for 20th century totalitarianism.

notamemberofanyorganizedpolicital in reply to Kepha H. | October 23, 2019 at 3:50 pm

But not nearly as vulgar imo as FOX’s “Family Guy.”

Yes, I agree. I had a similar row on another blog of which I am a great fan. I pointed out the error to the author, but he refused to acknowledge it. Sad when people with right opinions undermine their cases not only by making, but doubling down on their illiteracy.

His march against ‘racism’ in America was pathetic and showed great ignorance, but given his stand on Hong Kong, at least he’s consistent.

More than one can say about morons like le bron james.

He’s also an infamously leftist figure who generally tunes his films to the tastes of an overwhelmingly progressive audience.

I thought he was just a fruitcake who takes himself far too seriously.

I detest tarantino and his movies. I detest his message and his politics. I detest the things he has said about law enforcement. But I will VIGOROUSLY defend his right to free, legal speech.

China’s looking a lot like the worst of the Stalin days (this is hard to read all the way through): https://www.haaretz.com/world-news/.premium.MAGAZINE-a-million-people-are-jailed-at-china-s-gulags-i-escaped-here-s-what-goes-on-inside-1.7994216

notamemberofanyorganizedpolicital in reply to jlronning. | October 23, 2019 at 3:52 pm

I guess those gulags are where they also have their human organ “harvesting” (like DEM vote harvesting) farms?

venril in reply to notamemberofanyorganizedpolicital. | October 24, 2019 at 9:59 am

That’s what happens with a low social credit score.

Never thought I’d say it but I respect Quentin Tarantino for his courageous stand. This may force me to actually go see his films.

doesn’t change how I think about him, but as it turns out, jerks like and need free speech. Never know when it’s you they will come for.