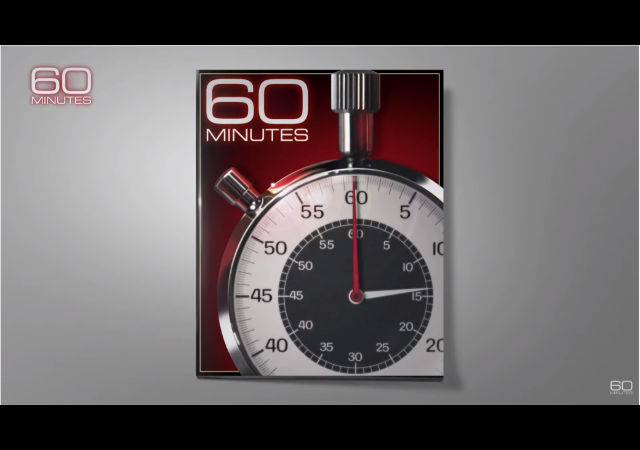 60 Minutes reported Sunday that the whistleblower of the phone call between President Donald Trump and Ukrainian President Volodymyr Zelensky received federal protection. The news program insisted it had a letter to prove it.

Mark Zaid, the lawyer representing the whistleblower, took 60 Minutes to the woodshed on Twitter over the report. He said the program “misinterpreted contents” of the letter.

60 Minutes retorted that it sticks by its report.

Zaid asked if 60 Minutes had a source besides the letter from the law firm because nothing has been set in stone. Zaid said that unless the program has another source then it is “literally making stuff up.”

NEWS ALERT: 60 Minutes completely misinterpreted contents of our letter, which is now published online at https://t.co/HjmBrEQLEi. Nor have we, as we stated earlier today, reached any agreement with Congress on contact with the whistleblower. Discussions remain ongoing. https://t.co/3XSwmtuRrn

Is @60Minutes now asserting it has a source other than letter our legal team sent to @ODNIgov?

Because if it doesn’t, and I know it doesn’t, then it is literally making stuff up. That helps no one, especially the #whistleblower.

Lead Attorney for the Intelligence Community Whistleblower Andrew Bakaj wrote to DNI Director Joseph Maguire that the firm has “has serious concerns” over the whistleblower’s “personal safety.”

He specifically mentioned one of Trump’s tweets demanding to know the identity of the whistleblower:

The events of the past week have heightened our concerns that our client’s identity will be disclosed publicly and that, as a result, our client will be put in harm’s way. On September 26, 2019, the President of the United States said the following:

The fact that the President’s statement was directed to “the person that gave the Whistleblower the information” does nothing to assuage our concerns for our client’s safety. Moreover, certain individuals have issued a $50,000 “bounty” for “any information” relating to our client’s identity. Unfortunately, we expect this situation to worsen, and to become even more dangerous for our client and any other whistleblowers, as Congress seeks to investigate this matter.

notamemberofanyorganizedpolicital in reply to VaGentleman. | September 30, 2019 at 1:21 pm

“I’m concerned that if we don’t impeach the president, he will get re-elected.”

That is the real reason for their hatred of President Trump.

He impedes and is ending their access to graft.

They also die in foreign plane crashes, yet mysteriously have bullet holes in the back of their head.

That’s paranoid BS. There was never any bullet hole in Ron Brown’s head.

In the tradition of Dan Rather and other great 60 minutes reportage, their reporting met their rigorous standard of “Fake but Accurate” . In addition, it meets the more common standard of “Well, it should have been true” used daily by almost all media.

The whistleblower knows how this farce was put together, and will be arkancided, eventually.

Our taxpayer dollars at work. I want my money back.

60 minutes didn’t misinterpret anything. They purposely concocted this story. It’s what they do.

“Media should always report the facts.” Wow, where has this guy been for the past 20 years or so?

The fact that the President’s statement was directed to “the person that gave the Whistleblower the information” does nothing to assuage our concerns for our client’s safety.

That’s funny, it should . . . if the “whistleblower” and the “spy” are different people.

So . . . it sounds like Bakaj is admitting that there is no “spy”, if a spy is someone who obtains and passes on information; in reality, the “whistleblower” didn’t obtain any real information at all, but just made all this stuff up.

Picture this for a moment: The Dems find three weasels in the White House Hen House, but none of them are willing to lie on record. So they find a flunky who is on temporary assignment to ‘listen’ to each of them and generate an official whistleblower complaint… Oh, darn. The form requires direct knowledge, not third person. So they get the form edited, get the flunky’s complaint all straight and legal, and let fly.

They anticipate that Trump will not release the transcript of the phone call, which will allow them to lie and smear about it for months. The whistleblower can be slipped off to a cushy job somewhere, the investigation turns into an obstruction of justice inquiry about how Trump is blocking the ‘Truth’ from getting out… and the whole thing explodes in their face.

That won’t keep them from lying about it, much like they continue to lie about the Mueller report.

This has deep state greasy fingerprints all over it. Trump criticized Comey. Clapper, Brennan, et al. He doesn’t play their game by their rules, and this is how they get back at him. It’s as clear as day to me. Nobody can frame you better than a dirty cop. They know how to do it. And they know how to work the system.

The “whistleblower” should be afraid. This person, working with the democrats, is attempting to take down a sitting President because their candidate lost. Everyone involved should be named.

anyone remember the Clinton whistlebrower who’s house got raided and they got restated because they said they keep evidence.