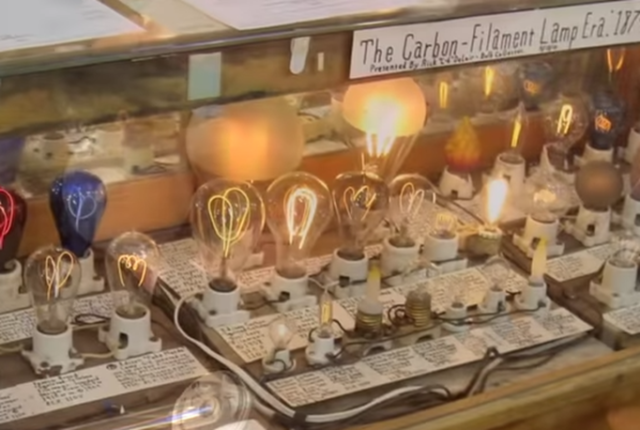 The Trump administration is turning out the lights on Obama-era rules that set onerous energy-use requirements for some of the most commonly used lightbulbs.

the Energy Department will repeal a regulation enacted under President Barack Obama, set to take effect on Jan. 1, 2020, requiring an expanded number of lightbulbs in the U.S. to be in compliance with stricter energy efficiency standards. That regulation change was spun off of a 2007 law signed by President George W. Bush that aimed to gradually phase out energy inefficient bulbs like incandescent and halogen bulbs.

The regulation that’s being eliminated would have redefined four categories of incandescent and halogen bulbs so that they would be subject to existing energy efficiency rules from which they were previously exempt. It would have applied to about half of the 6 billion lightbulbs used in the U.S., experts have said.

The Trump administration said that the Obama rule is a misreading of the 2007 law.

The standards had been scheduled to take effect in January 2020 and applied to roughly half of the 6 billion lightbulbs in use. The Trump administration’s new rules will likely be challenged by environmental groups.

Critics contend that if Trump’s reversal is finalized, it will create higher energy bills for consumers and more pollution.

“We will explore all options, including litigation, to stop this completely misguided and unlawful action,” Noah Horowitz, director of the Center for Energy Efficiency Standards at the Natural Resources Defense Council, said in a statement Wednesday.

“The Trump administration is illegally blocking the improved standards approved by a bipartisan Congress and supported by the lighting industry 12 years ago.”

Sadly, those of us in California won’t enjoy the regulatory relief.

The California Energy Commission in early 2018 adopted its own higher standard for the common-use bulbs in anticipation of the expanded federal rules.

“It is our understanding that California can keep” that higher standard for those bulbs despite the federal rollback, Noah Horowitz, director of the Center for Energy Efficiency Standards at the Natural Resources Defense Council, said in an email.

As Nicolas Loris, an economist who focuses on energy notes, no regulations are needed if energy-efficient bulbs are superior in cost and function.

There’s no mandate forcing families or businesses to use inefficient lighting. Consumers can voluntarily replace inefficient bulbs with more efficient ones if they so choose.

The practices of being resourceful and saving money are intuitive, which means that the economy does not need mandates or rebate programs to nudge families into making decisions the government thinks are best for consumers.

In fact, many families and businesses are switching over to LED bulbs because of the cost savings.

“Because of their longer life, it is estimated that by the end of 2019, 80-84 percent of the general service lamp sockets will be occupied by LED and [compact fluorescent lamps], while the halogen incandescent bulb is estimated to be in 16-20 percent of these sockets,” the industry association says.

Clearly, the Trump administration trusts consumers to make the smart choice. And, in an era where energy production is going up and emissions are going down, its trust is well place.

The lightbulb rule rollback creates a clear contrast to the Democratic Party. As a reminder, seven hours of draconian climate crisis proposals included 3rd-world abortions, meat taxes, and a gutting of our energy industry.

Nice, but… I bet it can’t pump out the lumens like my double-barreled, free-standing halogen shop light. Of which I have two.

Being a captive of California, I will now have 2 reasons to visit Nevada: ammo and light bulbs.

The relaxation primarily for bulbs that really have no counterparts in the LED field. Decorative bulbs, bulbs for old fixtures like Mogul Base that have totally inadequate LED counterparts. I suspect consumers will continue to replace ordinary older bulbs with the much more efficient, more perfect light spectrum, and cooler operating LEDs wherever possible.

I’d rather have my 60w incandescent bulbs back. LED bulbs are too white; they make everything look institutional. And I am one of the 6-7% who can see the flicker of flourescent bulbs; it’s like living under a strobe light. Give me a nice, pale yellow 60 watt filament bulb and I’m a happy camper.

Read and understand the kelvins. Sounds to me like you are at 9000 when you should be at 2500. 9000 is OK for a work station or surgery, but not for reading or watching TV.
http://www.stanprokopenko.com/blog/images/lightbulbs/kelvin-chart.jpg

Not a ‘down-vote’. Sorry about that: I fat-fingered the ‘reply’ button. Again, sorry.

I just wanted to write that your complaint about the LED lights and their color / luminosity / etc. has been acknowledged in the industry. Many people had your complaint, so they now have softer coloring and luminosity to emulate the incandescent bulbs, according to what people wanted.

And they did that without needing it to be mandated by the government to do so. Imagine that!

After Biden gets rid of all fossil fuels, he’s going to ban ALL light bulbs and go back to candles. We don’t call them “dims” for nothing!

This was never about energy. It was about control and the sheep getting used to government run lives. Orange Man Good.

So, does this mean I can start using my stockpile of incandescent bulbs? Yaaaay!!

Now if only Trump could get full-tank flush toilets back as well would be great.
Orange man good, single-handedly making common-sense consumer choice a campaign issue.

The more of obama we erase the better.

I made the mistake of using an LED bulb without reading the warnings on the carton.

I put it in a can fixture, and it EXPLODED. I don’t mean it “broke,” I mean it EXPLODED. Fortunately I had my back to it so I didn’t get any glass shards in my eyes.

Turns out, the label states they are under pressure, and if you put it in a recessed can, it will get too hot and can explode.

Can and will. And did. Very dangerous.

I’m going to find or order incandescents. all the substitutes have some issue. Mercury, explosion, color oddities….

I’m over them! The explosion was the last straw, especially after I read the label and saw they KNEW about this.

More likely the explosion was from a bad case of Made in China.

“under pressure” – are you certain?
This doesn’t sound like an LED bulb; it sounds more like a halogen bulb. My Cree LED bulbs operate at ambient atmospheric pressure.

And I’ve never seen a LED light with a glass bulb. They’re always plastic and therefore much more resistant to damage. Incandescent & halogen bulbs run so hot they’d melt a plastic bulb. Not so with LEDs.

The war on light bulbs started under Bush. It was led by RINO Fred Upton, who is still in Congress.

Obama was a bulb dimmer than any incandescent lamp his handlers ordered him to ban.

My husband and I bought about 500 regular 60 watt light bulbs when they passed the legislation under Obama lol, I have a garage full

At home, I’m almost all LED, if for no other reason than the ceiling fan fixture can only do 100 watts and I need something brighter at times and I can get several times brighter with LED without rewiring or worse. My kitchen has daylight level LEDs replacing the dimmer flourescents. And my bright red LED “night” light.

That said, if I need certain spectrum, I have Halogen lamps. And I have a CFL or two.

Each techology has its advantages and limitations.

LEDs and CFLs don’t work well in EZ Bake ovens, but Halogen would make it like a convection oven, at least until the plastic melted.

Those spiral CFL bulbs were terrible. I called them Obama bulbs. Does anybody even sell them anymore?

Yeah, they had mercury in them. And the idea of idiots like me trying to clean up when they broke, with NO idea of how to avoid mercury poisoning….

Sorry for the downtick. The only CFLs that worked well were the pin-base ones made for purpose-built fixtures. The screw in ones were, with RARE exception, shoddy garbage. They are starting to disappear from the market.

There was a company online when obama’s new rule came out, that re-named incandescent bulbs as small individual room heaters. They, of course, were measured in wattage like 60, 75, and 100. I thought that was a clever way around not only selling them but to keep making them.

Trump should kill the ugly spiral bulb, about the ugliest product I’ve ever seen in my lifetime. And the fact that if you break one, you are in danger of being poisoned with mercury. Ugh.

There not up to Trump. The spiral lamp is disappearing from the market because consumers have a better product to buy, at the same price.

The people who jammed the incandescent light bulb ban on us were idiots if their supposed goal was to reduce energy consumption. I suspect a certain quantity of money made its way into the pockets of the congresscritters who cheered the most for this, money from the ‘new bulb’ people who could not make a product that could compete on the shelf with mass-market incandescents.

A more practical approach that would have achieved the same goal (without enriching politicians) would have been to simply tax incandescent bulbs something small like ten cents, rising to twenty cents about now. The production costs for LED and other bulbs is on a constant downward slope, so at some point the vast majority of the market would eventually be nudged into more energy conserving products while keeping incandescent specialty bulbs for niche products.

It’s a lot like tube-type monitors, which you won’t find anywhere, or rotating hard drives vs SSD drives, which are going that way fast. They didn’t get made illegal, they’re just more expensive as technology progresses.

If Im not mistaken, these were actually Bush-era rules that only become fully implemented during the obama regime.

You are correct. But, many want to blame Obama for everything from light bulb regulation to free telephones for the lazy, when in fact these regulations and giveaways precede his administration.

And, let’s not leave out George Soros, who at least seems to be responsible for everything, including the heartbreak of psoriasis.

My previous apartment 2 moves back I tried switching to LED bulbs because “they would last longer and be cheaper over their lifetime”. Hopefully, the current generation is less delicate, because they couldn’t deal with the buildings power supply. Instead of years I was lucky if they lasted a month before going bad – I suspected at the time because of all the major appliances (everyone had their own washer/dryer) and the resulting power fluctuations every time a major appliance turned on or off.

The public was sold on the idea of banning most incandescent bulbs under the understanding that once they were the main and not a fringe product, prices would drop until they were comparable instead of much pricier. They still are much pricier.