Knives Out, The New Film From the Director of TLJ May Become 2019’s Most Divisive Film

Knives Out, The New Film From the Director of TLJ May Become 2019’s Most Divisive Film 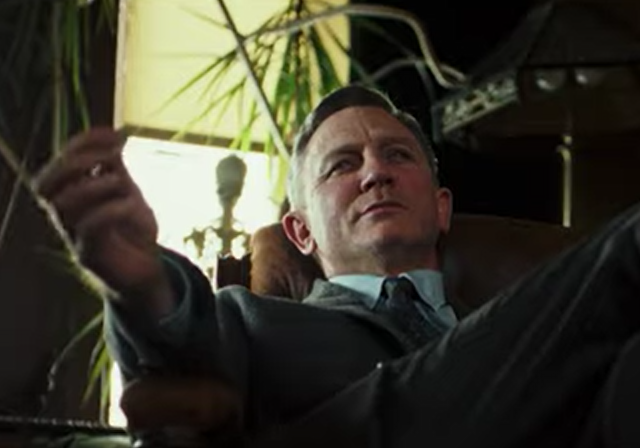 The New Film from the Director of The Last Jedi

Knives Out, the newest film by writer/director Rian Johnson, premiered this past weekend at the Toronto International Film Festival and the first reactions and reviews have been spreading out all over Twitter. Unfortunately for movie fans, the movie appears to be a riff on contemporary politics that threatens to stratify viewers.

Rian Johnson’s breakout 2012 science fiction film Looper put him on the map. He’s also directed smaller movies like Brick, The Brothers Bloom and directed the series finale episodes of Breaking Bad. His reputation though is most famous/infamous as the director of Star Wars Episode 8: The Last Jedi.

Regardless of your opinion on that film, it has utterly divided film audiences into two camps — abject disdain and unbridled love. That movie’s audience score on Rotten Tomatoes has slid between 40% and 60% since its premiere. At the same time though the movie has maintained a consistently high critic score above 90%, rare for most blockbusters.

Are Critics Blinded by Ideology?

Many have contended that this rating has been artificially bumped up and that progressive critics are only giving the movie positive reviews to movies that agree with them. Generally speaking this isn’t true. Take a look at other progressive films. As much as Ghostbusters and Captain Marvel were lauded preemptively by the film press, the actual reviews for those films are mostly lukewarm to negative. Alternatively, Black Panther got universally good reviews but it was made by the director of Creed so at the least there were talented filmmakers working on it.

Rian Johnson is a filmmaker who is extremely talented (see Looper, Breaking Bad) but he’s seemingly  best suited to creating a kind of cinema that purposely flatters the sensibly of cinephiles and progressives and actively antagonizes fan culture and certain groups of filmgoers. With his newest film, Knives Out, he appears to be positioning himself for a career pivot as the director of choice for a generation of progressive cinephiles.

A Whodunnit for the Progressives

Knives Out is a mystery thriller homaging the style of Agatha Christie that follows a situation wherein an elderly writer/family patriarch is found dead and the entire family is immediately suspect. As the reactions and reviews have slowly dripped in, it’s become immensely clear that the movie is awash in “white” liberalism, eat-the-rich sentiments, white privilege sentiments, and negative references to MAGA supporters.

While it’s not necessarily clear how blatant and distracting these themes are, it would seem that the film in question could become one of the most controversial of 2019.

"It's a f#ck you to white privilage, racist assholes, pro-immigration, and none of it is subtle."

Sounds like Knives Out is going to be woke af. Good thing the cast & creator are all rich white people. pic.twitter.com/Z8l2DRgPts

KNIVES OUT is a total delight from start to finish. It’s also a scathing indictment of American greed in the Trump era. I’ll have more on that when the movie opens in November. #TIFF19

KNIVES OUT is a fun ‘fuck you’ to rich white Trump voters, wrapped in a crafty Agatha Christie package. VERY pro immigration. And none of this is subtle. Enjoy it in a crowd. #TIFF19

Not star wars and Rian Johnson….count me out

notamemberofanyorganizedpolicital in reply to healthguyfsu. | September 13, 2019 at 5:46 pm

It’s not entertainment either.

Time to make the HollyWeirds adn their Communist Funders to eat it!

That’s why this should have ended

couldn’t you save yourself a few bucks and just stay home and play clue?

“If you have a message, call Western Union” is attributed (probably falsely) to Sam Goldwyn, but whoever said it (when Western Union was still in the message business, of course) had a point.

Although there surely is an irony that a subculture as morally bankrupt as Hollywood constantly proves itself to be feels so superior that it thinks we want to receive moral instruction from its products.

Best “message movie” I can recall is “It’s A Wonderful Life,” a/k/a “An FDR Christmas.”

You say the critics like this one? That’s enough for me to avoid going to see a movie.

And it was made by the imbecile who made The Last Jedi? Ok. I won’t even watch it on Netflix, either.

51 liberal idiots reviewed this, and they all loved it–that’s enough to tell the public to stay away from this mess. And the guy who ruined the Last Jedi–why would we want to go see anything that he’s made? Watch paint dry instead–your time will have been spent more productively.

Rian Johnson talented? Well, it does take considerable (negative) talent to take Star Wars – probably the ultimate “cash cow” in Hollywood history – and so thoroughly mangle it that the entire franchise is foundering.

I am aware that the ten-thumbed Johnson had considerable help in nuking Star Wars (hello, Kathleen Kennedy!), but he did more than his fair share.

He’s incredibly overrated as a director…made his name on a movie called Looper that was pretty good but most of the good was in the writing (which he also did) not the directing. It was also apolitical for the most part.

After all her husband did for Soros and the democrat party and Hollywood feels compelled to backstab John McCain’s widow? That’s just cold blooded.

I’ll also point out since it was mentioned in the article that Black Panther was grossly overrated and was lauded before it was even made because feels and social justice.

Black Panther was the most racist movie I have ever seen.

But especially its enablers.

I’ll stand up for Last Jedi, at least some. The scenes were amazing, the special effects wonderful. The main problem: It was *two* movies cut together with no regard for pacing or plot or dialogue. Or character development. Or any kind of logic behind lightsabre combat.

It violated Rule #1 of writing: Every action, every scene, every sentence, should advance the plot.

It also severely violated Rule #12 of the Evil Overlord List: One of my advisors will be an average five-year-old child. Any flaws in my plan that he is able to spot will be corrected before implementation.

Star Wars is the most unbelievably tripe SciFi anywhere. Long surpassed by Alien and Predator, these movies are now no better than high school plays.

It’s Space Opera, a very specialized subset of SF. Although well developed in the 1930s, despite numerous attempts space opera never really transitioned to the big screen until the first Star Wars. The story is negligible, just a chase like all Lucas’s films up to then; but in space opera the story is little more than a wall in an art gallery, a place to hang the important stuff. The franchise could have been expanded indefinitely by following the same structure, repeated on an increasingly grandiose scale, like, say, the Lensmen of the pulp magazine era. But instead of thinking big, they went small, and pretended that there was a story worth developing somewhere in there, in the process turning space opera into soap opera. What a waste. To old space opera fans—that is, anybody who knows what Boskone and Barsoom are (and who probably spent considerable time there in their misspent youths)—the 1977 movie was electrifying, even if to kids it was just exciting noise.

Of course Lucas later reworked it and ruined it; the sort of guy who’d paint a mustache on Mona Lisa and expect to be paid for it.

If it comes out of California, I avoid it.

Rotten Tomatoes, owned by Comcast and Warner Bothers, is the IG Horowitz of the movie industry.

Not getting an honest assessment out of either!

“From the same director who raped the 40 year old corpse of Star Wars after JJ got his jollies the first time….”

Those same critics gave a 0% to Dave Chappelle, that is until they let the rabble vote and they gave him 99%, at which time a small handful of critics reluctantly gave it a positive rating, but the critics rating is still down around 30%.

The critics vote on Rotten Tomatoes is a NEGATIVE indicator.

Follow the money: there’s no way the funders of this film believed it would make money. It’s production was purely to create another propaganda tool in the Netflix pipeline for young people to eventually watch.

This is akin to Joseph Goebbels’ films being played on Netflix for consumption by young Americans.

But then, remember who is running Netflix: obama/jarrett/rice.