IT Chapter 2 Review: A Movie About Hatred Gets Accused of Bigotry

IT Chapter 2 Review: A Movie About Hatred Gets Accused of Bigotry 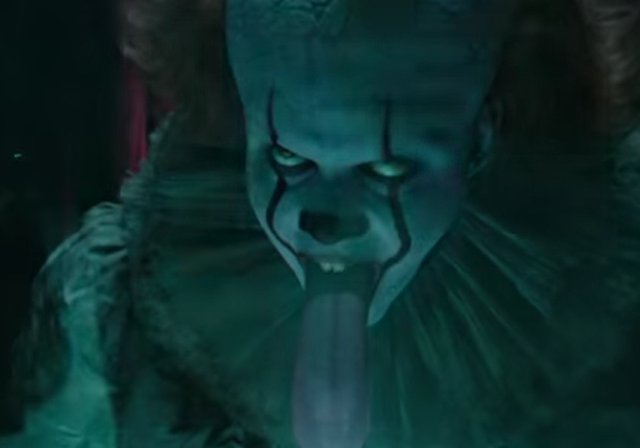 It Chapter 1 was released just two years ago in 2017 and at the time the movie had a certain novelty to it. It was fresh off the success of Stranger Things and it carried the same E.T/Stand by Me/Goonies/Monster Squad style that made so many of what RedLetterMedia once described as “kids on bikes movies” popular.

Additionally, it was a solid studio horror film. It wasn’t great though. The script was sloppy, the complex themes and characters from the 1300 page book (which I haven’t read) were boiled down into two hours of jump scares and loud noises. Still it had its strengths, most notably the child actors whose incredible talents give the film a vulnerability and perspective that adds weight to the otherwise middling proceedings.

Unfortunately, IT Chapter 2 lacks the elements that gave the first half strength. With the kid actors relegated to flashbacks, the nearly three-hour-long sequel is now entirely about adult versions of the child characters trying to finish the battle they only briefly won as children.

In practice though, a movie that’s in theory supposed to be about adults reflecting on their lifetime of trauma and abuse turns into a retread of the first movie with similar scares, set pieces, and a nearly identical means of defeating the monster.

A Metaphor for Hatred

The titular IT, Pennywise, is supposed to be a representation of the dark underbelly of American society. That’s why he’s an otherworldly ethereal monster without a true form living in the sewers beneath an otherwise ideal looking American small town. Whenever he targets someone, he generally choses someone vulnerable who’s neglected or otherwise being ignored by society.

That’s why his targets, the so called Losers Club, consist of a girl, a black kid, a Jewish kid, a fat kid, a kid with a stutter and a kid who ends up a closet homosexual as an adult. In King’s vision of America, these are the most vulnerable people in society. There is of course some truth to that, although like all modern uses of the oppression Olympics its hyperbolic and cynical.

That’s why the movie starts with a scene of Pennywise the clown eating a young gay man who was just assaulted by a group of homophobic teenagers. That scene, one of the most important in the book and one that was specifically recreated for the opening of IT Chapter 2, is so important for setting up the few things in the movie that do work.

Naturally though, we are living in clown world (pun) at the moment so even a movie about the dark underbelly of America’s bigotry is enough to make some corners of the left freak out.

Twitter has been awash with bad hot takes in the days since the movie’s premiere saying that mere depiction of a homophobic hate crime is unnecessary and horrific.

WARNING GAYS AND LGBTQ PEOPLE GOING TO SEE IT 2:

THE OPENING SCENE INVOLVES THE BRUTALIZATION OF 2 GAY MEN AND THE MURDER OF ONE OF THEM.

I FELT SICK AND IT THREW OFF MY ENTIRE MOVIE EXPERIENCE. I JUST WANT YOU TO BE AWARE.

Do I need to get into the whole “depiction does not equal endorsement” thing?

Slate got in on the game with the headline “It: Chapter Two’s Gay-Bashing Scene Exploits a Real-Life Killing for a Cheap Shock.” The article criticizes the movie’s casual attitude towards violence against gay people and calls out the stars who have gone on record saying maintaining such a scene is “important”.

These explanations—that it was part of the original source material, and that anti-gay hate crimes still happen today, so it was “important” to depict this particular one—suggest a half-baked understanding of what calls for different kinds of violence on screen. Yes, as Muschietti says, anti-gay violence remains “of relevance,” and it was a major moment in the original novel. But the fact that King was moved enough by a hate crime in the 1980s to memorably explore it in the book does not mean it automatically has a place in a much different medium (especially in an adaptation that frequently picks and chooses which parts of the book to include) or that it functions the same way in this severely truncated form. And that a type of crime still happens in real life does not mean extremely graphic depictions of it are always justified.

Somehow Stephen King’s magnum opus about how hatred is bad is being accused of being hateful. It’s a great reminder of how crazy some on the left have gotten. You will NEVER be woke enough no matter how hard you try.

It was important for Steven king, as said below in an interview pic.twitter.com/dXze5colwm

I am so tired of the Left, please go away, please move to Canada like you promised

I just keep hoping they’ll die off, and do it quickly. Look at the upside if that happens: it’ll strengthen the gene pool, relieve mother Gaia of having to sustain millions of people, and will let the rest of us enjoy something without having to listen to the constant bitching and complaining.

Yep they’re FREE to LEAVE. That’s a good freedoms to have too.

Won’t happen. They are the spoiled failure to launch 30 year old children that never leave but constantly complain about their laundry or dinner.

I didn’t know Chuckie Schumer was a Hollyweird Star now!

Psst. Chuckie, the put to much blue make-up on your hair and face.

So I guess none of the people who spent $93M on ticket sales this weekend didn’t give a rat’s butt about these opinions.

I liked King’s books growing up. He uses classic horror themes but reworked and they are entertaining. Some of his books are great (I loved The Stand).

But the SJW and political chiding that he now a days does sure gets old. Same for JK Rowling. I get they don’t like Trump (#OrangeManBad). Maybe they should get off twitter too.

As for Margaret Atwood, her books just aren’t that good–and she is a chide.

“…the so-called Losers Club, consist of a girl, a black kid, a Jewish kid, a fat kid, a kid with a stutter and a kid who ends up a closet homosexual as an adult….”

WHAT?!?!?!?! No Muslim victim? Obvious Islamophobia! And no undocumented immigrant victim? Xenophobia! Stephen King obviously hates immigrants and Muslims. And what about the trans community?

Where are the Antifa brownshirts, now that we actually need them?

I saw Pennywise as a metaphor for the predatory nature of Hollywood. But that’s just me. But, it’s still not out of realm of possibility that movie producers can unconsciously project.