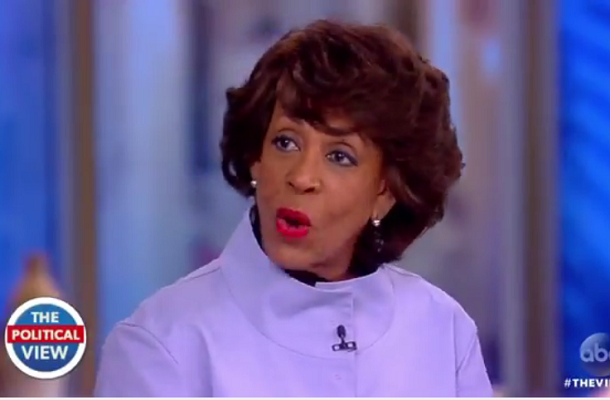 One of the many admirable precepts of America’s system of government has been the peaceful transfer of executive power, a transfer that hinges on the acceptance of election results and all parties working together for the good of the country. In four years, there’s another election and the losing party tries again.

Democrats seem intent on destroying this fundamental aspect of our government, one that enables our republic to function without civil unrest.  Indeed, rather than accept that the American people elected Donald J. Trump as president, Democrats’ goal since about 9 p.m. on November 8, 2016 has been sweeping away the results of the 2016 election.

It’s good to have some perspective, as well.  This is not really about President Trump.  A President Cruz or a President Rubio would be facing just as much “resistance.”  Sure, it might take different forms and be focused on different issues, but the problem for Democrats is not so much that Trump won but that Hillary lost.

In fact, a President Pence would also face the same shifting sands and moving goal posts based on fake news, rumor, and innuendo.  If Trump were impeached and actually removed from office (highly doubtful at this point), they would go after Pence next.

Vice President Pence is about as unlike President Trump as a person can be in many ways.  He’s a mellow, soft-spoken gentleman with a long record of public service and strong conservative principles and values.

As such, he scares leftists who cannot conceive of a person being pro-life and pro-traditional marriage who isn’t fueled by genocidal hate and intolerance.  They project so much that they truly believe that conservatives want to literally destroy people with whom they disagree; after all, that’s their own goal.

So the hysteria is already starting to circulate despite the fact that Trump’s removal from office currently appears highly unlikely.  Should the LGBT&etc. community be scared of a President Pence?  Don’t celebrate, think about who’s next in line! OMG, just think, with Trump and Pence gone, Pelosi would be president!

In fact, #PresidentPelosi trended on Twitter after she announced she’s backing formal impeachment proceedings.  Obviously, she only becomes president if Pence is out of the line of succession.

Never mind that it’s Democrats who are doing more than any foreign or Republican force to influence not only the 2016 election but also the 2020 election.  We’re not supposed to remember that one of the reasons for impeaching Trump is that he might actually win in 2020.

And we know that Pence is in the line of Democrat fire.  Remember Maxine Waters (D-CA) stating that once Trump is gone, they’ll “go after” Pence?  She said it publicly not once, but twice, and we covered it here at Legal Insurrection.

Back in 2017, when Paul Ryan (R-WI) was still Speaker, I blogged Maxine Waters: After Impeaching Trump, We’ll Have To “Go After” Pence.

Watch her state this:

And in 2018, Kemberlee blogged Maxine Waters Suggests “Knocking Off” Trump Then “Going After” Pence.  She included the transcript of Waters’ remarks:

“There are those who say, ‘What if we get rid of him? Then we’ve got that Vice President and he’ll be worse.’ I say knock off the first one and then go after the second one. We have the power. We have the numbers But we’ve got to understand our power and we’ve got to use our power. Not only do we have individual power, but just think about the readers that you have. The people who look forward to getting your newspapers.

…That’s all power. Let’s use it. Let’s have this president understand in ways that we have not done before, that we are the patriots of this country. We are the ones that have stood by this country no matter what has happened to us. No matter that this country has not always embraced us. We fought in wars, came home and oftentimes didn’t have a house to live in and didn’t have a job, but we stayed with America, we fought for Democracy, we believe in the Constitution.”

Waters has a habit of signalling Democrat intentions long before they are ready to reveal them.  Remember this from 2009:

Of course when conservatives reacted to this remark with horror, we were lambasted as “conspiracy theorists” and mocked as alarmists. Socialism, we were haughtily assured, was not on the Democrat menu, then or ever.

Fast forward to the 2020 Democrat presidential field, and the Green New Deal does exactly that (and a whole lot more). And it doesn’t stop with oil companies for many of them, including for Sen. Elizabeth Warren (D-MA).

Waters now appears to be advocating a “two-fer” impeachment of both Trump and Pence.  Why do them one at a time, when they can do both at once?  How long before more credible Democrats are calling for Pence’s impeachment . . . from his current office?

Where will all this end? We can’t know, but I suspect that the House will impeach Trump, and the Senate will not convict.  Democrats will keep banging the impeachment drum, though, and they may try it again next year.

If they manage to keep the House in 2020 after this lunatic Congress, they’ll try impeachment again in 2021 should Trump win reelection.  Should he not win reelection, Democrats will expect the country to accept that, to rally behind a Democrat president, and to carry on as if their four straight years of attacks on half the electorate and on our system of government never happened.

President Trumps response is so right to this.

She predicted the recession.

It’s hard to decide who is the biggest idiot in Congress and our government at large. maxine has got to be in the top 10. I don’t like to engage in name calling (idiot) but there’s no other way to put it. maxine is like the crazy lady you see at the airline check-in counter, holding everyone up while she rants about baggage fees. She’s angry all the time, and has done nothing for her district, yet she has enriched herself and her family. How do these idiots get elected?

” How do these idiots get elected?”

Sociopaths are skilled con artists partly because they lack a conscience. Lying is easy for them. They run for an office that gives them power over people.

The voters are the marks. They fall for the Democrat scam of socialism, hatred, and racism. The voters choose the blue pill because it is easier than thinking.

Indeed, rather than accept that the American people elected Donald J. Trump as president, Democrats’ goal since about 9 p.m. on November 8, 2016 has been sweeping away the results of the 2016 election.

As they did after the 1860 election. They felt that’d been cheated of some imaginary “right to rule” and so considered themselves justified in attempting to destroy the country.

In those days the Democrats controlled the South, being the party of the plantation owners. The slave holders. And of course the plantations were in the South—right at the fringe of the Caribbean plantation zone which had been Europe’s motivation to tap into the African slave trade in the first place.

Of course things have changed a bit, though not in necessarily a good way—

“. . . That’s all power. Let’s use it. Let’s have this president understand in ways that we have not done before, that we are the patriots of this country. We are the ones that have stood by this country no matter what has happened to us. No matter that this country has not always embraced us. We fought in wars, came home and oftentimes didn’t have a house to live in and didn’t have a job, but we stayed with America, we fought for Democracy, we believe in the Constitution.”

It doesn’t sound like Mad Maxine is talking about Democratic power; this sounds more like her mutant concept of “Black Power.”

What’s most scary is she’s the cream of the crop in her district. With her IQ almost approaching double digits she’s so far ahead of her voters intellectually that they kneel before her in supplication.

Imagine if someone substituted latex caulk for her wig-hat glue? She’d sho’nuf have a skunk stripe running across her bald head.

Urethane caulk or adhesive, and superglue her lips, better yet, urethane foam her mouth and nostrils.

I demand a recount.

I realize the HATe is too strong in that one but why does it no down on these losers that after they trash the system it will bite them. Since they still have nothing on Trump they are violating Article 2 section ii. All real data, not he push polls shows them becoming a less powerful minority after 2020 than they were in 2016.Making them even more desperate to do stupid stunts.

the peaceful solution is a republican landslide/referendum in 2020

when that happens, we are liable to see just how desperate they are to retain power

A peaceful transition of power will see Nancy Pelosi in the White House; wonder how much dirt the Deep State has on Republicans Senators to effect an impeachment conviction.

She has excited BLM, fascistic domestic insurrections amongst us, and has endeavoured to bring on the inhabitants of our urban frontiers, the merciless Savages, whose known rule of warfare in Baltimore, Ferguson, and Los Angeles, is an undistinguished destruction of all ages, sexes and conditions.

The Dems clearly do not understand the way the transition from Trump to Pence would be handled. If Trump left office (whether by impeachment, resignation, or death by natural causes or assassination), then Pence would instantly become the next president. One of his first (if not THE first) actions would be to appoint a new vice president, who would immediately become next in line for the presidency, leaving Nancy still third in line. Unless the Dems could impeach or kill Pence within his first few days as president, Nancy would not have any chance of succeeding him. Their only hope for their dream plan to come true would be for Trump and Pence to die SIMULTANEOUSLY so that no newly appointed vice president would stand between Pelosi and the Throne.