To the shock of no one, the man had a laundry list of problems with the state authorities and health department when he worked as an abortion doctor. 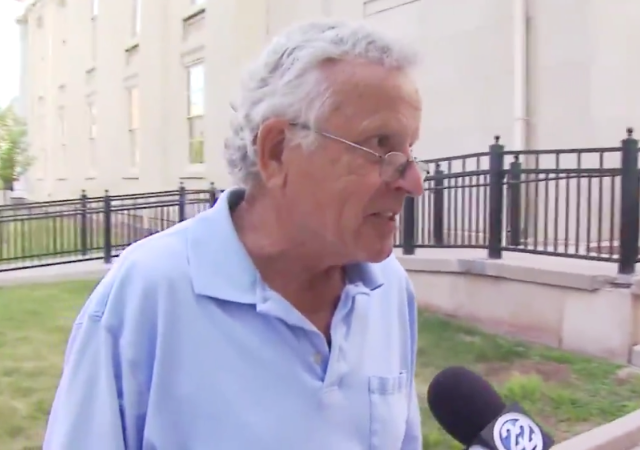 Did the left really think Kermit Gosnell was an isolated incident? That’s what they wanted to believe. I can tell you as a former pro-choicer and regular Planned Parenthood donor that we choose to remain ignorant. Ignorance is the only way to blind yourself to the horrors of abortion.

Let me introduce you to the now-deceased Ulrich “George” Klopfer from South Bend. His family found over 2,200 well-preserved bodies of the babies he murdered when he was an abortion doctor.

Klopfer died on September 3. His family did what every family does when one of them dies.

Usually, when you go through a home you will find a treasure trove of family history. My mom unearthed our Italian past when her father passed away, revealing linens my great-grandmother made on her adventure to America and pictures of her old life in Italy.

Klopfer’s family unearthed a true house of horrors. From The South Bend Tribune:

The attorney for Klopfer’s family called authorities on Thursday, when family members found the 2,246 fetal remains as they went through Klopfer’s home in unincorporated Will County, according to the Sherrif’s Office. Klopfer died Sept. 3.

Sheriff’s deputies, crime scene investigators and the county coroner went to the home, found the remains and took possession.

Will County authorities said there was no evidence that medical procedures were conducted on the property, and the family is cooperating in the investigation. Will County is about 45 miles southwest of Chicago.

Klopfer was a longtime doctor at the Women’s Pavilion clinic in South Bend, where he provided abortions for decades. He also performed abortions at clinics in Gary and Fort Wayne. He was believed to be Indiana’s most prolific abortion doctor, with thousands of procedures in multiple counties over several decades.

Do you know who else kept dead bodies or parts of bodies? These serial killers:

Klopfer did not just keep the bodies. He took the steps to preserve the dead bodies.

Klopfer performed abortions at the Women’s Pavilion in South Bend. I want to know how he not only stayed in business but had the ability to keep his medical license for so long.

His tenure had numerous problems due to several allegations. The Indiana Attorney General’s office alleged that Klopfer never had the staff to provide sedation for patients. The office also accused Klopfer “of errors on state-mandated terminated pregnancy reports, late submissions on several reports of abortions provided to girls 13 or younger, and having unqualified staff members providing pre-abortion counseling to patients.”

“We’re all human beings, we all make mistakes and we have to deal with the consequences okay?” – Dr. Ulrich Klopfer responding to questions from @WSBT after a 2014 court hearing. He was accused of waiting too long to report a 13-year-old girls sexual activity after her abortion. pic.twitter.com/KKq55aZCm0

Abortion is the only “Constitutional Right” to override state medical licensing requirements. (Compare their call for “common sense” gun control).

You could do abortions in a pig sty with a coat-hanger and the pro-aborts would defend keeping that abortion clinic open.

(As a native and resident of nearby Elkhart, Indiana, I request that South Bend stay away.)

Just call it what it was … A TROPHY ROOM.

How about a little respect for the children …

What kind of society would permit such horrors? It’s so wicked that we think we’re excused because the Supreme Court (our god, evidently) says it’s a right.

That is his Trophy Room…. PETA goes nuts over hunting yet.. silence… when what is being hunted can’t run, hide or fight back.

The Wicked Solution. The DEZIS (Democratic Socialists) should close the abortion chambers, but selective-child, unlike one-child, has been normalized by female chauvinists (“feminists”) under the state-established Pro-Choice quasi-religion (“ethics”).

Meanwhile, Planned Parenthood spends millions and tens of millions and hundreds of millions of dollars on lobbyists and lawsuits to prevent and overthrow any requirements that abortion abatoirs meet ambulatory clinical standards. Health? Safety? Emergency procedures? Certified Staff? Not having it, no way no how!

Roe v. Wade, by legalizing abortion, was supposed to do away with the filth and risk of those back-alley abortions. Instead, the abortionists and their enablers sucked up the bucks, and threw women into into to filthy, murderous mess that they claimed to be fighting against. And no congress-critter has the courage to even ask why, if they want abortions to be safe, do they fight against the very standards that would achieve that.