The Press Ignored the Gosnell Story, Now Hollywood is Ignoring the Movie

The Press Ignored the Gosnell Story, Now Hollywood is Ignoring the Movie 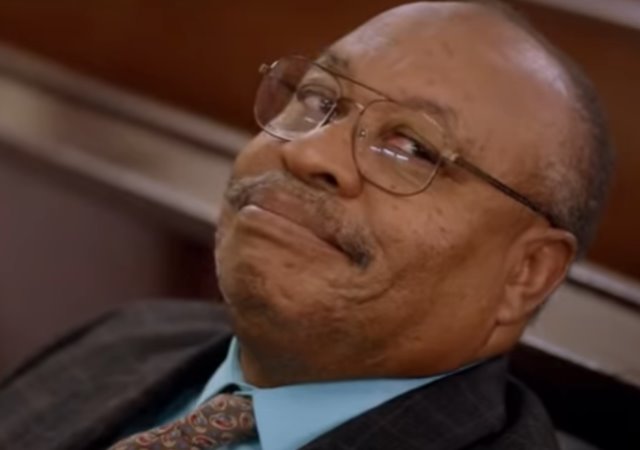 The Hollywood Reporter got an exclusive glimpse of a film mainstream Hollywood wouldn’t touch this week.

So why would the site all but hide it from readers? In a way, it’s the latest chapter of media negligence tied to the subject at hand.

Gosnell tells the harrowing story of “America’s Biggest Serial Killer,” Dr. Kermit Gosnell. The Philadelphia abortion doctor is currently in jail after being convicted five years ago on three counts of first-degree murder and involuntary manslaughter. The full story is even grimmer.

“Sat through a full day of testimony at the Kermitt Gosnell trial today. It is beyond the most morbid Hollywood horror. It will change you.”

That’s how J.D. Mullane of the Bucks Country Courier Times, one of the few reporters who covered the trial, described the grand jury testimony. The trial revealed how the abortionist snipped the spinal cords of live, viable babies in their third trimester.

The barbaric details shocked the nation, or at least citizens who were able to find reporting of Dr. Gosnell’s crimes.

Even The Atlantic decried the lack of media attention, saying the horror on trial deserved to be front-page news.

Mullane’s image spoke volumes. So does The Hollywood Reporter’s attempt to play down its own exclusive.

The entertainment site broke the trailer-based story Aug. 15. This reporter saw someone share the link on Twitter, so I went to the main site to see the story’s placement on the site’s home page. The Gosnell article appeared on the site’s Most Popular stories sidebar (no. 4) … and nowhere else on the main page which features dozens of articles.

The article’s strong showing clearly came from users sharing the article on social media. The film’s director, Nick Searcy, boasts a large Twitter following (more than 60,000 strong) and he quickly shared the article when it went live.

Later, the story dropped out of the top 5 and didn’t reappear anywhere else on the site. A few hours passed, and the story reappeared in the top five listing and nowhere else.

The disappearing act feels like a companion piece to a moment in the trailer where the camera pans the courtroom’s press section.

“A story nobody would cover…” the trailer says, later showing an image similar to the one Mullane captured during the trial: Empty seats where the media could have gathered, but didn’t.

“When you get to the courthouse you’re going to be swarmed by reporters,” Michael Beach’s character warns his client in the trailer. Only the same empty seats Mullane captured await them.

This story, and this movie, is a dagger through the heart of the Leftist’s agenda. Everyone on the left, especially the MSM and Hollywood knows this. Their refusal to acknowledge it isn’t “negligence”, they are actively working as hard as they can to suppress this story for purely political reasons.

Yep. Thanks for the write-up. Also, since Hollywood wanted nothing to do with this, it was crowdfunded. I gave to it , YEARS ago. This movie has been kneecapped and shoved down at every opportunity, but finally coming out. It is sobering to think of a story like this, that is so completely memory-holed and actively ignored… speaks loudly.

Thing is, I don’t think much comes of it. The movie was started pre-2016 election cycle.. since then a LOT of masks have dropped and a soft coup, ongoing.. and the press is in on it.. it’s not even shocking now to say ” and the courtroom was almost empty “.

Dear RobM,
The important thing isn’t exactly “what comes of it;” it’s important that the men and women who create a better culture get rewarded for it, so they make more. We need more good decent movie makers.

I saw that – I follow The Hollywood Reporter on FB. I went to the article and could not believe that it was so dismissive, insinuating this film is falsely portraying what happened.

One thing I would criticize about the trailer – it should say, up front, in big bold letters (maybe simultaneous with or after that dramatic “boom” sound effect) that “BASED ON A TRUE STORY”.

Because most will think it is made-up, based on that trailer with all the background dramatic music, snippets that feel and look like a TV drama (not real events), etc.

I will see it – I will go out of my way to see it (I live in rural VA, so not likely it will come to a theatre near me). But they need to release a few more trailers that emphasize this HAPPENED, and that THIS IS A REAL MONSTER.

Can you blame them? The normalization of selective (the wicked solution) and recycled (the profitable solution)-child is surreal.

Debasing human life for political, social, and economic progress.. The evil of recycled-child is not separable from selective-child (the wicked solution). Pro-Choice/abortion is as much a shared responsibility as slavery was for those who practiced and advocated to sustain it.

JD Mullane has a wonderful Tweet on it too:

Fun fact: After this pic of empty media seats at the Gosnell abortion/murder trail in Philly went viral, CNN called me and said the network was going to report it was a fake pic. I asked: ”Did your reporter at the trial tell you that?”

I can’t wait to see the movie, and applaud all that have been involved with making it — against might odds, I might add.

As I tried in my own way (here: http://www.trevorloudon.com/2018/04/is-progressivism-satanic/ ), we must eachl try to expose what underneath is a Satanically-inspired culture of death — even if just helping to spread the word about the movie and, of course, going to see it when it is available.

I donated money to this Movie Project via crowdfunding Indiegogo back in April 2014. Over four years ago. That’s how long it has taken to put the movie in the can and find a distributor and theaters to actually show it. The production team has done a wonderful job of keeping everyone apprised over the years via emails. All the time. This is no fly-by-night movie-op just trying to make money. This has been a dedicated team of professionals from top to bottom and everywhere in between taking pay cuts on a mission to tell the truth that OUR mainstream media has fully IGNORED.

Even the Judge that presided over convicted murderer “Dr.” Kermit Gosnell’s criminal trial attempted to stop this movie from being released in theaters.

YES, IT IS THAT IMPORTANT AND THAT DAMNING!

I’m the one who is the true believer. I’m blinded by faith.

36 “Teacher, which is the greatest commandment in the Law?”

I am not bloodthirsty. But if a criminal is so dangerous that the only way to declaw that thing is to kill that individual is to kill it, then so be it. Yet, the this pope has propagated himsself as the expert on penology? He just undid the second of the two greatest commandments.

“So why would the site all but hide it from readers? In a way, it’s the latest chapter of media negligence tied to the subject at hand.”

There was NO media NEGIGENCE, in its coverage of either the Gosnell story or the movie dealing with it. It was a programmed response, based solely upon the fact that abortion was involved.

Unfettered abortion is the sacred cow of progressivism.

He was a black doctor who arguably discriminated against his black/poor patients.
He ran a front-door abortion mill arguably as bad as any of the “back-door” abortion mills the “pro-choice” (ie pro-abortion) shills warn us woman would be harmed by if abortion is ever restricted by any degree.
He routinely killed viable late-term healthy babies that could have safely been delivered.
And authorities charged with over watch on his abortion clinic failed to stop any of this.

In short, he was the worst possible poster-guy for the meme that legal abortion is safe, serves a higher purpose than extracting money from the pregnant patients, that abortionists CARE about their patients, and that regulators ensure the safety of those undergoing it.

Which is why the MSM didn’t want to touch the case with a ten-foot mike boom.

That said, I’m afraid the movie won’t make up for the press’s biased non-reporting.
The actual ticket buyers will be mostly those already in the know about the case, especially since the press will never promote it and chain theaters will mostly not carry it. It’s a case of preaching to the choir.