Apple CEO Tim Cook: “The Mac Pro is Apple’s most powerful computer ever and we’re proud to be building it in Austin. We thank the administration for their support enabling this opportunity.” 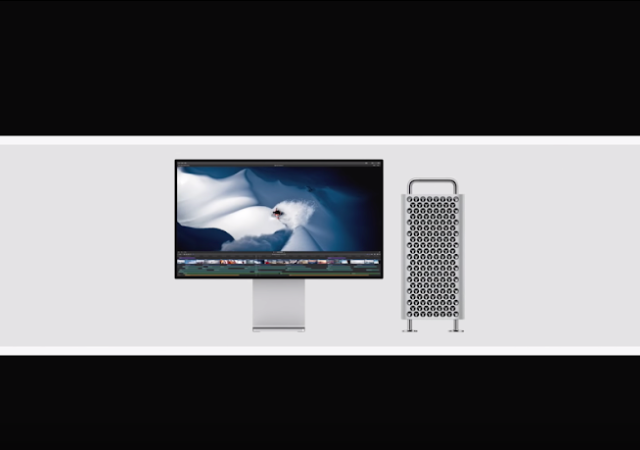 Apple announced this morning that the company will manufacture its new Mac Pro in its facility in Austin, TX.

There is a slight catch. Apple secured tariff waivers “for certain necessary components” not made in America.

Apple decided in June to move production of the Mac Pro to China. A month after the decision, President Donald Trump vowed not to give Apple any tariff waivers or relief. The company could only avoid tariffs if it builds the Mac Pro in America.

Despite the threat, Apple filed 15 requests for tariff exemptions:

Among the computer components that are now exempt for Apple – and all other manufacturers – are partially assembled main circuit boards and graphics cards, and they are some of the most expensive parts in the machine. These have chips from Intel Corp, Nvidia Corp and Advanced Micro Devices Inc, which are mostly the costliest parts of the machines.

The Office of the U.S. Trade Representative approved 10 of those exemptions. This includes “partially assembled main circuit boards and graphics cards, which contain expensive chips from Intel, Nvidia and Advanced Micro Devices.”

Apple CEO Tim Cook stated that the majority of components will come “from 36 states, supporting 450,000 jobs with US suppliers.” He also vowed “to continue growing here.”

Apple touted its contributions to the American economy in its press release:

Apple is on track to fulfill its commitment to invest $350 billion in the US economy by 2023. Last year alone, the company spent over $60 billion with more than 9,000 domestic suppliers across the country, including at manufacturing locations in 36 states. Apple’s investment in innovation supports 2.4 million jobs in all 50 states, including 90,000 direct employees. Last week, Apple announced it is awarding $250 million from its Advanced Manufacturing Fund to Corning Incorporated, supplier of precision glass for iPhone, Apple Watch and iPad. To date, Apple has invested over $1 billion in American companies from its Advanced Manufacturing Fund — deploying the entire $1 billion initial investment and 20 percent of the $5 billion it subsequently committed to spend. In December, Apple announced plans to expand its presence in Austin and a dozen other cities across the country, including San Diego and Seattle.

Cook thanked Trump’s administration for working with them. He said the company believes “deeply in the power of American innovation” and “proud to be building it in Austin.”

Apple already announced an expansion of the Austin facility. It plans to spend $1 billion to update it, which will allow it to grow from 5,000 employees to 15,000.

But “Those jobs aren’t coming back”.

Sorry Barack, some ordinary Americans just got jobs. Will he feel better if we make some meth and Fenatyl to promote the Fundamental Transformation?

A baby step to denying labor and environmental arbitrage and restoring market function to mitigate its progress.

Austin? Well, I don’t know, I’d like to manufacturing come back to an American city.

However, does this put a crack in the Orange Man Bad narrative in Austin?

Not for the diehard leftists. Only reality smacking them hard in the face with a baseball bat will start getting through to them.

Do we kniw thise manufacturing jobs are in the city proper? Plenty of red outside the city limits…

According to local reports, it’s supposed to be on FM 734, NW of Austin. Part of that is within Austin city limits.

Yeah, that it. I’m not sure, but I think the Reagan part is in Round Rock.

Poor Obama. It must be killing him to watch Trump doing all these things that just couldn’t possibly be done.

He’ll rationalize it away with his “you didn’t build that” shtick.

Trump is doing his best to turn TX blue! All those Libs moving from Palo Alto ain’t voting Republican!

Silicon Valley is among the most conservative part of California.

Sure, libbies will come. However, some will be hired locally. Besides, it’s Austin…do you even know what Austin is like?

I think the illegals coming across the southern border have something to do with it. They ain’t coming here to pay high property taxes and stay off welfare!

Plus the GOPe in Texas has a lot of Chamber of Commerce types whose primary function is to do the bidding of big lefty corporations (see David Dewhurst, John Cornyn and the Bush family).

My son just got rehired at Apple in Austin

I have three of the “cheese grater” Mac Pros. Great machines but I will be on the outside looking in for the new ones which are $$$$$. Still… this is great news. Apple promised to make the new Pro a killer professional computer and it delivers in spades.

About 25 years ago there was a company in Austin named Austin Computer Company that manufactured very high end PC’s. I used them in industrial applications. The very first one was on a machine installed in Texas and stayed there until about 4-5 years ago when we rebuilt the machine. They were driven out of business by the low cost PC’s being built in places where the average wage at the time was a couple dollars a day.

Nice. I wold have preferred if Apple had bypassed Austin and built it in Tarrant County, but I’ll still take it.

We’ll find out eventually whether those waived tariffs made sense. It takes time to move these operations and stay in production. Besides, all of the components involved in assembling those circuit boards are already available to the Chinese so we are very likely talking mainly about labor costs. I am guessing that all/most of this will be done by robots eventually in the US in the next product cycle. We’ll see.

I really doubt Cook is blind to see that Emperor Winnie the Pooh is reconsolidating the economy under state-owned companies. China is once again hostile to foreign capital. It is hard-wired into their culture. There is no future for foreign manufacturing in China. They will never agree to guaranteeing contract law nor patent and intellectual property protection even if they sign an agreement to do so.

It isn’t all about the tariffs. Apple has been planning a new campus in Austin for a long time. I saw articles about it dating from, IIRC, early 2018. They already have a facility there and about 7000 employees. This will bring them up to around 15000. I don’t think they’d spend that much on a temporary move pending the Chinese coming to their senses. You may be right about automation for the simple reason that the labor market in Texas is pretty tight and they’re going to have trouble finding another 8k.

Chastain has a serious TDS problem.