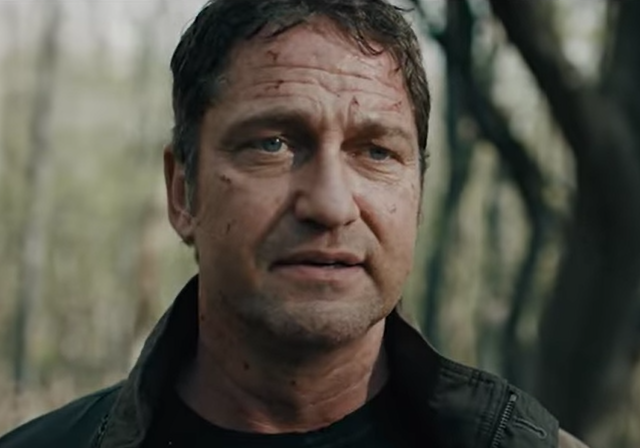 Spoilers Ahead for Angel Has Fallen

There’s always been a mild conservative tinge to the Olympus Has Fallen Movies. Some of that just comes from contrast. The first movie was paired with another Die Hard-But-In-The-White-House action movie called White House Down when it was released in 2013.

With that film, a corrupt Republican House Majority Leader conspired with gun toting redneck terrorists to kill the black president of the United States as a means of taking power (really…). In comparison, Olympus Has Fallen was a more traditional action movie in the style of Invasion USA or Red Dawn, albeit with a grittier modern tone.

As such, in the age of political correctness it’s easy to dismiss casting North Koreans or radical Muslims as uncomplicated villainous bad guys. That accrued the series a minor amount of criticism with accusations that the movies were “xenophobic” and “racist” from the fringe of critics who bothered to watch these movies in the first place.

Snobbishness aside, the movie by and large aren’t great. Compared to great action movies like Die Hard, which they’re clearly borrowing from, these films come off as cheap and rushed. Still they do have a solid fanbase (including myself). If nothing else they’re excellent counterprogramming from Hollywood to appeal to the conservative crowd.

Maybe it’s not surprising then that the third film in the franchise has arguably the most conservative subplot in any movie this year where a politician frames the Russian government for an attack for political gain.

Morgan Freeman’s Allan Trumbull has just become president of these here United States, and he is sick and tired of America going to war, sick of the war machine, sick of endless wars, sick of it all. He’s going to institute some real changes to this effect, and guess who doesn’t like it…?

The Deep State. The Neocons. The Military Contractors.

And so, to rid themselves of a new president, they go to extraordinary lengths to — and this is not a joke — fabricate a Russia Collusion Hoax, to frame an innocent man for colluding with the Russians. Again, this is no joke. The media eat the hoax up and spread it without ever questioning what the Deep State spoon-feeds them.

This might all seem fairly on the nose but as I said in my review for Geeks Under Grace, the movie doesn’t really have much to say on the nature of Russian collusion beyond just using it as a punchline. This is still a movie basically anyone could watch without feeling preached to.

Even so, that reveal is somewhat striking coming from a Hollywood movie. It’s even weirder when you realize this film has been in production for 2-3 years. This wasn’t some spur of the moment story decision to make a quick buck off a recent headline.

This movie got through the scripting stage, was shot and was successfully edited without revision to the point where it’s being released now in theaters just a few months after the Mueller Report exonerated Trump from the claims that his administration was colluding with Russia.

That two year long accusation rattled the entire country with constant paranoia and false accusations from a news media who was so obsessed with impeaching and imprisoning the dually elected president. The idea that someone got a movie through Hollywood that mocks the notion of Russian collusion and that states that politicians and the media will peddle lies for personal gain is bizarre to behold.

The Russian collusion story was wrong for the same reason most conspiracy theories are wrong, because the person believing WANTS it to be true. Conspiracy stories validate the narratives we tell ourselves that we’re the lone hero fighting a world gone mad.

The idea that Trump was dually elected sent the left into a depression spiral. Blaming a foreign power was a great was to externalize the fault of Trump’s victory without having to self reflect on the failures of the left. After two years it’s clear more than ever that the left WANTED to believe Trump was a Russian stooge. Liberal Hollywood allowing this to pass by unscathed seems like almost a fluke.

I don’t know what inspired the producers of Angel Has Fallen to be so brave but I applaud them for it. If this were a more notable movie getting more attention they’d probably get losing friends in Hollywood right now. I’d still say that like its predecessors the movie is fairly lukewarm and disposable as an action movie (Nolte specifically has definitely been overrating it) but it’s one I think the right audience will enjoy. Given this movie’s initial success with a solid $21 million opening weekend it would appear a fourth film in the franchise is incoming.

Hollywood doesn’t get our money.

Yep. Not gonna support Morgan Freeman in anything.

Freeman has been spewing Leftist nonsense since at least 1995 when he played a Planned “Parenthood” fanboy in “Seven”.

“Dually” appears twice in the piece . . . so it was used dually.

“The idea that Trump was dually elected…”

Although “duly” is the word you’re looking for, you’ll likely be able to write that phrase, as is, about 14 months from now.

Probably not since that would acknowledge homophones (almost) and that is being a conservative bigot in a prog world.

Except Trump was indeed dually elected as President and a Very Stable Genius who drives lefties insane.

“The idea that someone got a movie through Hollywood that mocks the notion of Russian collusion and that states that politicians and the media will peddle lies for personal gain is bizarre to behold.”

Agreed. I can only applaud the movie makers for swimming upstream against Hollywood’s toxic Leftist ooze. Deb Messing must be seething, and furiously scribbling names in her blacklist.

In a mournful twist, I did run across this factoid when researching my latest post: Playing at the Cinergy theater in Odessa, TX. where law enforcement killed this weekend’s mass shooter are bloody shoot-em-up action movies, like ‘Ready or Not,’ and ‘Angel Has Fallen.’

These will net Hollywood millions in revenue, while some actors and actresses who cash in from these types of violent productions burp up talking points from gun grabbing Leftists who demonize the 2nd Amendment, the NRA, and of course, us deplorables.

I think that the ‘angle’ on the movie depends on the intent of the finance group. If you really want to make money with a movie, you can’t go over the edge, because the finance people will be there every minute.

When the finance people are hard leftists, there is no limit to the right-bashing. They know they’re not going to make a dime off it, but they get to signal their virtue to the world.

I was wondering today who would get the Democratic Nomination in case of a not improbable three way no majority Bernie-Beth-Biden tie, and was wondering if there was a Colin Powell.

Morgan Freeman should run for President. He would likely get more votes (both popular and electoral) since he is neither stupid or evil.

But If Morgan Freeman is playing the president the movie isn’t credible.

Now to indulge in a Black Russian…

Thanks to Hussein, that thug from Chicago, the people of this country will not elect another Black or half-Black President in our lifetime.

Damm shame. There are some fine Black individuals who could be in the White House in the future, but the Hope and Change criminal fundamentally transformed that. Pun intended.

Wow, a Secret Service agent is accused of trying to assassinate the President, escapes, and then HAS to prove his innocence by going back into danger…what a story line. Gosh, Hollywood has come up with a brand-spanking-new plot for a movie.

The reviewer left out London Has Fallen, my personal favorite for the sheer amount of gratuitous destruction and death. Or is that shear amount? Lawyers are notoriously bad spellers (have you ever read a brief?), which is one reason they employ secretaries to help them with those slippery homophones.