“Palin’s Proposed Amended Complaint plausibly states a claim for defamation and may proceed to full discovery.” 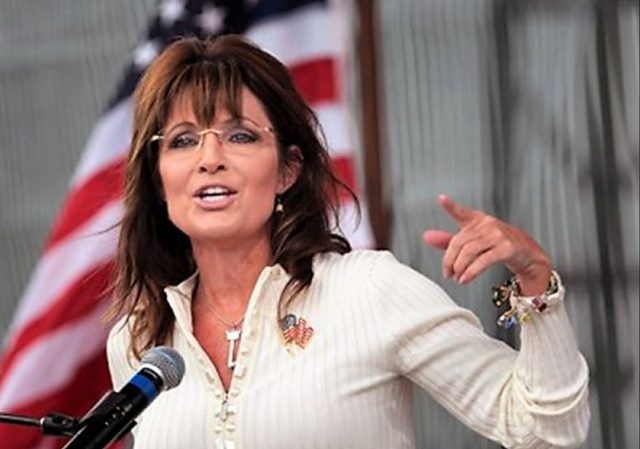 Sarah Palin sued the NY Times for defamation regarding the (false) allegation that an electoral map she used was connected to the shooting of Gabby Giffords by Jared Loughner. As we reported at the time, there was no connection, it was a fabrication of left-wing bloggers.

The rest of the world got the message, but not the NY Times:

A firestorm of controversy erupted when the NY Times ran an editorial, after the attempted assassination of Republican congressmen in Virginia, blaming Sarah Palin for the culture of political violence.

The Times specifically referenced an electoral map from 2011 which showed what appears to be cross-hairs over Arizona. That map, as we covered at the time, was used to falsely blame Palin for the January 8, 2011 shooting of Congresswoman Gabby Giffords and the murder of several people by Jared Loughner.

In fact, that connection between the map and the shooting was completely fabricated, and spread by left-wing bloggers and media. There is zero evidence to suggest that Loughner ever saw the map, much less was motivated by it. 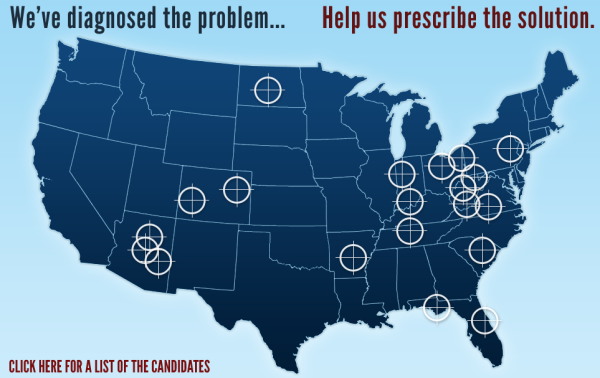 The Times Editorial Board resurfaced the claim in 2017 in its editorial, which provided in pertinent part (emphasis added):

Was this attack evidence of how vicious American politics has become? Probably. In 2011, when Jared Lee Loughner opened fire in a supermarket parking lot, grievously wounding Representative Gabby Giffords and killing six people, including a 9-year-old girl, the link to political incitement was clear. Before the shooting, Sarah Palin’s political action committee circulated a map of targeted electoral districts that put Ms. Giffords and 19 other Democrats under stylized cross hairs.

Conservatives and right-wing media were quick on Wednesday to demand forceful condemnation of hate speech and crimes by anti-Trump liberals. They’re right. Though there’s no sign of incitement as direct as in the Giffords attack, liberals should of course hold themselves to the same standard of decency that they ask of the right.

The Times Editorial Board issued a quasi-correction, never really apologizing for the claim, simply acknowledging that there is no evidence to suggest a connection.

An editorial on Thursday about the shooting of Representative Steve Scalise incorrectly stated that a link existed between political rhetoric and the 2011 shooting of Representative Gabby Giffords. In fact, no such link was established. The editorial also incorrectly described a map distributed by a political action committee before that shooting. It depicted electoral districts, not individual Democratic lawmakers, beneath stylized cross hairs.

The case was dismissed after an evidentiary hearing on the Times’ motion to dismiss. You can read the details here, Sarah Palin defamation lawsuit against NY Times dismissed.

The lawsuit was just reinstated by the Court of Appeals for the Second Circuit. Here is the summary at the beginning of the Opinion (pdf.)(full copy embedded at bottom of post):

This case is ultimately about the First Amendment, but the subject matter implicated in this appeal is far less dramatic: rules of procedure and pleading standards. Sarah Palin appeals the dismissal 4 of her defamation complaint against The New York Times (“the Times”) for failure to state a claim. The district court (Rakoff, J.), uncertain as to whether Palin’s complaint plausibly alleged all of the required elements of her defamation claim, held an evidentiary hearing to test the sufficiency of Palin’s pleadings. Following the hearing, and 9 without converting the proceeding to one for summary judgment, the district court relied on evidence adduced at that hearing to dismiss Palin’s complaint under Federal Rule of Civil Procedure 12(b)(6). We find that the district court erred in relying on facts outside the pleadings to dismiss the complaint. We further conclude that Palin’s Proposed Amended Complaint plausibly states a claim for defamation and may proceed to full discovery.

We covered the case extensively, including in these posts:

I was highly critical of district court’s dismissal of the case:

This is a case where the NY Times Editorial author James Bennet claimed to be so ignorant, so uninterested in doing any research, and so oblivious to his surroundings, that his ignorance turned into legal bliss….

The Court repeatedly took facts that arguably showed reckless disregard for the truth, and turned them around to argue they created an inference against malice. For example, a hyperlink in the editoriral contradicted the text of the editorial, leading many commenters to argue that this showed recklessness. But to the contrary, the court considered the hyperlink the equivalent of a footnote, presuming it constituted disclosure of the material.

The inclusion of this article through the hyperlink shows, first, that the Times did do some research before publishing the editorial (despite the very limited time available) and, second,
that the allegation of actual malice is even more improbable because the Times included as a hyperlink an article undercutting its own conclusions.

There should be a high bar for alleging defamation against a public figure. But ignorance shouldn’t be bliss, as it was here.

A positive development. NYT style guideline that normalizes the use of close association is an instrument that has long been used to defame individuals and classes of people.

The Covington kid is a private citizen and his defamation suit against WaPo
got tossed last week.

I would think a public figure, like Palin, has a much steeper hill to climb in that regard.

Or is this a case of ‘aim small, miss small?’ (zing intended!)

No. The cases are totally different. Sandmann’s case against WaPo got tossed because the WaPo didn’t make any false factual claims against him. It stated the facts correctly but drew negative conclusions from them. Conclusions are opinions, and are therefore protected by the first amendment.

Palin’s case against the NYT is about a false factual claim. The NYT claimed that Palin’s completely normal election advertisement, using completely normal imagery, somehow triggered Jared Loughner into shooting all those people. The facts, as known to the NYT, though evidently not to whoever wrote that editorial, were that there’s no evidence or reason to suppose that Loughner ever saw the Palin ad, let alone that it affected him in any way.

The NYT’s defense was that the person writing the editorial didn’t know that, even though the NYT as a corporate entity did have that knowledge, because it had published it.

Since Palin is a public figure, it matters whether the defendant knew that the claim was false. In Sandmann’s case, since he is not a public figure, if the WaPo had published false factual claims it wouldn’t matter whether it knew they were false.

The cases are similar in that in each case, the standard for summary judgment was not followed.

I suspect the Covington Kids lawyers are following and studying this closely because of exactly what you said loco!

Further more I suspect discovery is going to be HUGELY embarrassing for these idiots, especially once they start discovering the malice that underpinned the article to start with.

notamemberofanyorganizedpolicital in reply to mailman. | August 6, 2019 at 4:33 pm

Just out of curiosity, who appointed the judge?

There is a huge difference between free speech and defamation.

Correction: Judge Walker (not Newman) was appointed by Reagan (district) and G.H.W. Bush (circuit), and formerly was also a chief judge of the court.

Get ready for the Sandman suit vs WAPO to also be reinstated by the appellate court and on similar grounds – the judge engaged in “fact finding” which is a specific province of the jury or judge in trial – not in a rule 12 motion to dismiss. The ruling here even lays out the way Rule 12 is to be adjudicated – and the Sandman judge did almost the exact opposite.

I hope that you are correct, however Robert’s adherence to logic is undependable

It won’t get to SCOTUS. The appellate court will reinstate it and for a similar reason to this – Rule 12 motions to dismiss have very specific requirements to be granted which this ruling laid out – and the Sandman district judge did not follow them at all.

I hope she gets multiple millions.

Big win. Not only did the dismissal get tossed, it didn’t get remanded for reconsideration but actually overruled and the case moved ahead to discovery.