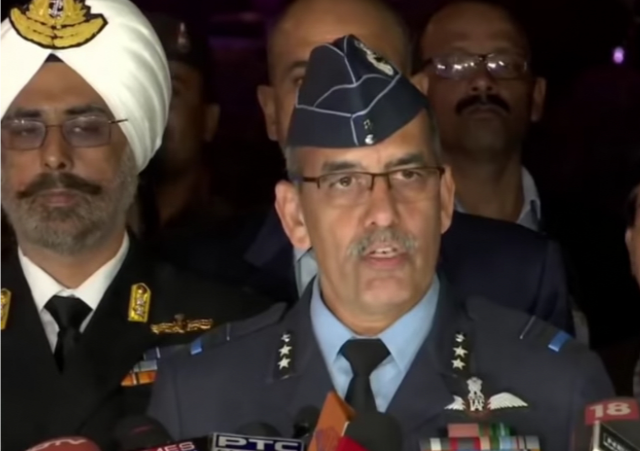 The move has been accompanied by a massive military build up. Ahead of the announcement, New Delhi dispatched 10,000 troops to the region, adding to estimated 210,000 army and para-military soldiers already deployed there.

Muslim separatists accuse India of seeking to alter the demography of the region. Qatar-based Al Jazeera wrote: “Critics of such a measure say that in doing away with Article 370 [Kashmir’s constitutional status], the government hopes to change India-administered Kashmir’s Muslim-majority demographics by allowing in a flood of new Hindu residents.”

The special status was granted to the Kashmir region in early 1950s, in hopes of placating the local Muslim population. The appeasement policy advocated by India’s subsequent socialist governments, however, failed to win over the militant Islamists. A series of jihadist terror campaigns have purged the region of its non-Muslim population. Some 95 percent of the native Hindus were forcefully evicted, making Kashmir 90 percent Muslim. India faces a sustained terrorist campaign in Kashmir. Since 1990, Jihadists have killed over 14,000 civilians and 5,000 soldiers, according to official Indian figures.

Article 370 of the Constitution, which grants special status to Jammu and Kashmir, has been abolished by a presidential order that would come into force “at once”, Home Minister Amit Shah said in parliament today, announcing the most far-reaching move on the state in nearly seven decades. (…)

In a proposed law introduced in parliament, Jammu and Kashmir will cease to be a state and become two union territories with two Lieutenant Governors. Ladakh will be a Union Territory without a legislature and Jammu and Kashmir will have a legislature. The bill is likely to clear parliament easily as a number of regional parties have come out in support of the government’s move.

The government’s huge step followed a massive build-up of troops in the sensitive Kashmir Valley and a night where senior leaders including former Chief Ministers Omar Abdullah and Mehbooba Mufti were placed under house arrest. (…)

Thousands of paramilitary troops were sent to Kashmir last week after the government said it was cancelling the Amarnath Yatra, an annual pilgrimage, and asked tourists and outsiders to leave the state.

Prime Minister Modi’s decision to reverse the appeasement policy in Kashmir was met with disapproval by the mainstream media. The move “advocated by Hindu nationalists for decades” is “likely to face major resistance in the Muslim-majority state and escalate tensions with Pakistan,” British newspaper The Guardian cautioned. “Kashmir announcement will add further fuel to tensions in the region,” CNN echoed.

The strongest criticism of the decision came from the neighboring country of Pakistan that stakes a claim to the Muslim-majority Indian state. “[T]his illegal move by India would deteriorate the peace and security of the region and would further undermine the relations between two neighbors with strategic capabilities,” Pakistan’s Prime Minister Imran Khan said.

New Delhi’s decision could be linked to the proposed United State’s withdrawal from Afghanistan. India wants firm control over the region ahead of the U.S. military disengagement, a leading Indian commentators said. President  Donald Trump wants U.S. troops out of Afghanistan by 2020. India is worried about the resurgence of Islamic terrorism and China’s influence in the region once U.S. pulls out of the region.

“The special status was granted to the Kashmir region in early 1950s, in hopes of placating the local Muslim population.”

“The move has been accompanied by a massive military build up. Ahead of the announcement, New Delhi dispatched 10,000 troops to the region, adding to estimated 210,000 army and para-military soldiers already deployed there.”

Apparently there are some in India who don’t believe the Islam is a religion of peace baloney.

Exactly. The Muzzies in Kashmir have been a source of violent unrest and terror for years (for that matter, ditto in Punjab). This is long overdue.
There’s a reason the British found the Punjabi soldiers to be about the best on the subcontinent: They had the tradition of fighting off violent Muzzies for a thousand years.

On the other hand it’s worrying that a prime minister can amend the constitution by fiat.

The special status was granted to Kashmir through a series of presidential orders in 1950s. It has been revoked by the same.

Besides, Modi has two-thirds majority in the lower house for pushing through constitutional amendments. Not needed in this case.

The special status was granted to Kashmir through a series of presidential orders in 1950s.

Then it was never much of a constitutional status, was it? A constitution that the prime minister can amend at will isn’t one.

It doesn’t worry me. Sometimes there are things more important than following legal niceties (not that they were apparently breached in this case.) Containing Muslims is such an overridingly-important thing, a necessary condition of any state they are pressing on.

True. On this point, would suggest taking a look at Overview of America (30 minutes),

Pretty good. Should be shown in every high school.

It seems that Prime Minister Modi has determined to solve the long-festering Kashmir “problem” one way or another. Best of luck.

This page keeps crashing – I wonder why? /s

It appears maybe some Leftists have learned to code.

If the BBC condemns it, it must be good.

They need to learn from China, which is trying to prevent Islam from being passed on to the next generation. That’s a rare instance where authoritarian rule gets something right; to remove a totalitarian ideology, let people have freedom. To remove a totalitarian system in which religion binds up a culture, system of government, law, collective memory and demand for conquest you must uproot it, or the seeds will grow again.
That doesn’t fit with our ideas of how the world should work; said world has no obligation be a safe space for democracy. It’s not a big round Pepsi commercial.

They know Islam aims to force you to submit. So they control their own Muslims, while they facilitate Clinton’s backward policies in Europe, and then much worse, Obama.

Ball in Pakistan’s side of court now. India has paid a high price for attempted accommodation.

The US war in afghanistan is unwinnable due to Pakistani duplicity. We are indirectly fighting Pakistan and China, while shielding India. It’s the same with NATO, where we protect Germany from Russia while she gives billions to Russia for energy. So too in the Persian gulf, which is a major source of oil for Europe, China, and Japan, and no longer for America, yet they expect the US to fight Iran to keep the oil flowing. Trump is working to put a stop to all of this, by forcing the ungrateful teenagers to grow up and take care of themselves. No more American blood or treasure, unless absolutely necessary. God speed, Mr Trump.

We were the ones who turned Pakistan into what it is today.

Can you elaborate please?

Yea, I’d like to hear that one. Servo is usually a sharp and straight shooter though.

I’ve been to Pakistan and India multiple times. We had nothing to do with that mess as a starter, that’s all on the Brits. The muslim religion turned Pakistan in to what it is today.

You know, when I finished school in ’76 you could go hiking in Pakistan, no problem. The people there welcomed you. Then the Soviets invaded Afghanistan and that is the nexus of what we have today.

I honestly want to hear what Tom has to say. I said “please” and everything. I’m well aware of the British and Muslim influences. I know that we got involved in the area in the 1980’s to help defeat the USSR in Afghanistan, but I feel that that’s a fairly minor factor in the overall story. Clinton took a very hands-off approach in the 1990s when India and Pakistan both went nuclear, and that reality dramatically limited our options during the post-9/11 war on terror.

I’m sure he will should he happen back to this comment.

There are a lot of things you can “blame” on the US, or make us responsible for. I’ve been there, have friends there. Nothing, not one thing, that we have ever done changed the nature of what was going to take place in Pakistan once the radical side of islam poked it’s ugly head back out.

I think he means the US funding for the ISI (which it was supposed to pass on to the mujahedin) turned it into the powerful force it is.

It’s a mistake to think funding is the reason ISI became the terror unit it has. Once again, we are back to the late 70’s when everything changed, this time before the Soviet invasion. Zia tasked the ISI with that.

We do one thing that may have pushed the wrong way, and suddenly we’re principally to blame for everything.

No. Screw that whole idea, that whole way of thinking. Anyone saying that proves their own insincerity, that’s all.

Glad to see the Indians finally wake up.

I was never much of a fan of India but this has me rethinking my position. Good job India. Too bad we don’t have a backbone like that in the U.S…