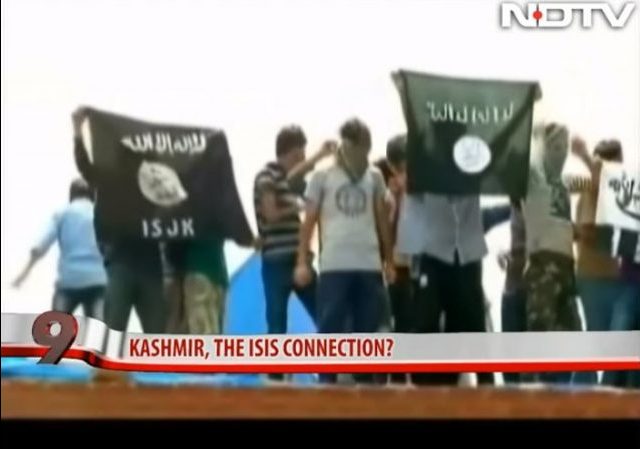 With the recent flaring of violence in India’s Muslim majority region of Kashmir, leaders of the Muslim world and the Western mainstream media have rushed to defend the violent Islamist mobs running amok in the Himalayan province.

Earlier this week, Turkey’s President Recep Erdogan called for “multilateral dialogue” with his direct involvement to settle the question of Islamist separatism in Kashmir.

After last year’s power grab in Ankara, Erdogan speaks in his newly acquired capacity as the ruler of Turkey, who wants to take his country back to the days of Ottoman Caliphate, when Turkey claimed to speak for the entire Islamdom. Erdogan promotes a ‘Kashmir group’ within the Organisation of Islamic Cooperation (OIC) to air Islamic grievances. OIC is a forum for Islamic countries — an exclusive club of military despots and Islamic theocrats — to bash India. India with all its flaws is at least a democracy.

“Today the major duties of the elite of the Islamic Ummah is to provide help to the Palestinian nation and the besieged people of Gaza, to sympathize and provide assistance to the nations of Afghanistan, Pakistan, Iraq and Kashmir, to engage in struggle and resistance against the aggressions of the United States and the Zionist regime,” Iran’s ‘Supreme Leader’ Ayatollah Ali Khamenei proclaimed in his 2010 sermon.

Having outfoxed the Obama administration over the nuclear deal, Iran’s Foreign Minister Javad Zarif is keen to ‘negotiate’ with India on Kashmir.

If Islamic countries are ganging up on India, don’t expect the liberal Western media to stay behind.

The New York Times considers murderous jihadists in Kashmir as ‘boys with guns’ — to use its op-ed writer Basharat Peer’s own words.

“A dozen boys with a few guns — they were no threat to the Indian army, one of the largest in the world. There is no record of Burhan and his crew waging any attack. Their rebellion was symbolic, a war of images against India’s continuing occupation of Kashmir, where about half a million of its soldiers, paramilitary and armed police are still stationed.” [NYT, July 2016]

Notice how the NYT has no problem with ‘open carry’ when it exclusively covers Islamists.

In its recent editorial, the NYT lashed out at Indian army chief for acting against the mobs of stone pelting Islamists:

[Indian army chief, Gen. Bipin Rawat] thundered against Kashmir’s stone-throwing youth and separatist militants, saying in February: “They may survive today, but we will get them tomorrow. Our relentless operations will continue.”

Such posturing will only doom Kashmir to a deadly spiral, where more brutal military tactics will feed more despair and more militancy.

NYT failed to tell its readers that these stone-throwing “youth” carry the banners of Islamic State, and inflict death and serious injuries to police and passers-by. Every Friday, following the weekly Muslim prayers, mobs of Islamists go into a collective stone-pelting frenzy across the region.

But it’s not just the NYT. The BBC is just sympathetic to the Islamist grievances, calling murderous stone-throwers a “confused” and “alienated younger generation”:

For one, a more reckless and alienated younger generation of local youth is now leading the anti-India protests. More than 60% of the men in the valley are under 30. Many of them are angry and confused. [BBC, April 26, 2017]

The Washington Post thinks India’s “heavy-handed” approach in dealing with Islamist mobs is the real problem. The newspaper quotes “experts” who “warned that India’s heavy-handed rule and inability to placate local protesters were pushing the region toward a dangerous impasse.”

What liberal media, otherwise busy coming up with ever ingenious excuses for Islamist terrorism, won’t tell you: If poverty and lack of employment turns people into terrorists, why aren’t millions of impoverished Hindu’s of India waging their version of Holy War?

Kashmir once had a strong Hindu and Sikh population. In the early 90s, an Islamist campaign of terror was launched against these minorities, purging Kashmir of almost all of its non-Muslim minorities. An estimated 95 percent of Hindus in the region were forcefully evicted, making Kashmir over 90 percent Muslim.

One of the “eviction notice” handed out to Hindus and Sikhs read:

“We order you to leave Kashmir immediately, otherwise your children will be harmed — we are not scaring you, but this land is only for Muslims, and is the land of Allah. Sikhs and Hindus cannot stay here”.

Some 400,000 ethnic Hindu Pandits are still living as displaced refugees inside India. However, these are wrong kind of refugees for the mainstream media to care about.

What is happening today in Kashmir is a precursor of what may happen when unregulated migration from Muslim and Arab countries shifts the demography in the countries of Central and Western Europe. Will Europe avoid Kashmir’s fate? Only time will tell.

This conflict was the genesis of so much evil in the region – I believe there is ample evidence to support the view that the Pakistani Intelligence Service, in the mid to late 90’s, recruited militant Pashtun tribesmen and combined them with a significant portion of the winners of the Afghani civil war (which Pakistan had financed) in order to create a force to fight for them in Kashmir, and for which they would have “plausible deniability”. They approved and sponsored Obama bin Laden, who was perfect for the job because he also had access to his own financing from highly placed Saudi – not the King himself, but close relatives of his.

Bin Laden put this all together and called his new creation “Al Qaeda”. He did quite a few attacks in Kashmir, but then he got ambitious and wanted to strike at who he really hated, America. The rest is history.

Bin Laden always enjoyed sponsorship from high up in the Pakistani military, even after his fall from grace. That’s why he was found living less than a mile from the Pakistani version of West Point, and that’s why the only way the US could finally get him was to stage a secret mission that we made sure the Pakistani Govm’t didn’t know about in advance.

Of all the mistakes GWB made, trusting the Pakistani’s and continuing to work with them may have been the worst.