California: Where the premier law is the one related to unintended consequences. 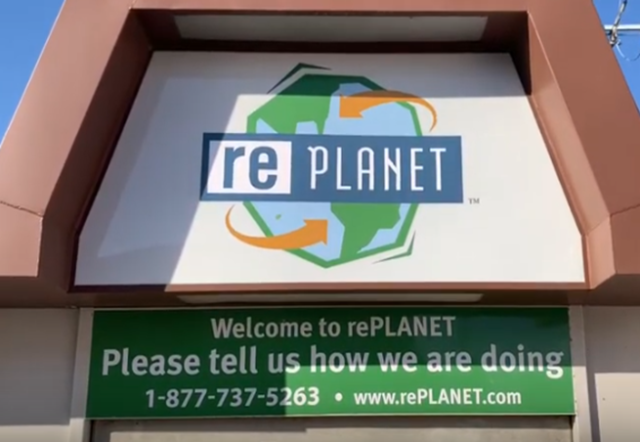 One might assume that an environmentally-minded firm such as a plastic recycler would enjoy doing business in deep-blue California.

That assumption is entirely wrong.

California’s largest operator of recycling redemption centers has shut down and laid off 750 employees.

The Mercury News reported Monday that the company, Ontario-based RePlanet, has closed all 284 of its centers.

The move comes three years after RePlanet closed 191 of its recycling centers and laid off almost 300 employees.

In a classic example of the law of unintended consequences, the state’s $15/hour minimum wage rules are a contributing factor in its demise.

“With the continued reduction in state fees, the depressed pricing of recycled aluminum and PET plastic, and the rise in operating costs resulting from minimum wage increases and required health and workers compensation insurance, the Company has concluded that operation of these recycling centers and supporting operations is no longer sustainable,” a company spokesman said in a statement Monday.

The company has shut doors at 284 sites throughout the state.

The closure led the group Consumer Watchdog to call on the state to step in and require all grocery and convenience store chains to begin redeeming bottles and cans.

“We warned just months ago that the bottle deposit program was in crisis and today’s closure shows consumers are being left in the lurch by the failure of the state to keep recycling centers open,” said consumer advocate Liza Tucker in a statement. “Governor Newsom needs to tackle this problem personally and make reform of the broken bottle deposit system a top priority this fall. CalRecycle has failed to deal with the problems we have raised and they have now become a full blown crisis for consumers and recycling in California.”

It is hard not to experience a little schadenfreude at this turn of events. After all, how many avid recyclers were all in for the minimum wage increase?

@katieporteroc I’m very concerned about #RePlanet closing its doors. How can the largest recycling facility in Ca go under due to state operating costs? We’re supposed to be the leader in environmental policies. SMH. #bailoutRePlanet

California Lunacy: bottle and can recycler #RePlanet has gone bankrupt because onerous California employment laws have made it impossible to operate. Plus lower reimbursement! All 750 employees were laid off. @GavinNewsom @WatchdogCali @PaulKoretzCD5 @MayorOfLA @ericgarcetti

So, how does Sacramento plan to solve this fun, new problem so its politicians can continue to virtue-signal about recycling plastics as they jet to the latest climate change summit? Through legislation of course!

A trio of bills is course their way through the state legislature.

Two of the bills, authored by Democrats Lorena Gonzalez in the Assembly and Ben Allen in the Senate, are identical and would require manufacturers to reduce waste from packaging and certain plastic products. The other, by Assemblyman Phil Ting, calls on manufacturers to increase the minimum recycled content in plastic beverage bottles over the next decade.

All of the bills have cleared their houses of origin and their authors say they are cautiously optimistic they will pass in the Democratic-controlled Assembly and Senate. They still face pushback, however, on their way to the governor’s desk, notably from a new and secretive coalition called Californians for Recycling and the Environment that is encouraging the public to tell legislators to vote no on Sen. Allen’s bill, SB 54.

The new rules will probably inspire business owners to make choices that do not involve either plastics or California.

They were warned of this by many economists. But reality escapes Sacramento. In the not too distant future Sacramento will demand that federal taxpayers bail them out and yet leave their failed policies in place. Anyone making bets on that call would guess just before the 2020 election.

Unfortunately, there are enough academic economists [as opposed to those who have to work for a living and whose jobs depend on getting positive results] who have recently started claiming that a higher minimum wage does not impact employment. And of course, in their eyes, real-life evidence that they are wrong is not because of the error of their analyses, but because of “bad luck” [literary reference there].

Once of the best cases in recent history is Nobel laureate Paul Krugman of stock-market prognostication fame.

As in climatology, much of what is claimed to be science is actually “social science”, an oxymoron.

“I’ll see it when I believe it.” The anatomist’s creed.

Well maybe. But it probably didn’t help that China’s not taking our junk anymore.

Although I suspect part of this may be that we got better at picking the more valuable stuff (aluminum, PET bottles) out of the waste stream before sending the rest on to China.

“The other, by Assemblyman Phil Ting, calls on manufacturers to increase the minimum recycled content in plastic beverage bottles over the next decade.”

Why does money always get in the way of the important work of saving the planet? California should have subsidized them until things got better!

Okay. Turning off the sarcasm machine for a minute, I’m actually surprised this company was allowed to go out of business. I guess things were so bad, they couldn’t pay the bribes – er, I mean campaign donations necessary to get things done in Sacramento.

They probably stopped the bribes after the industry was mandated and after the cash flow situation changed they could not afford to restart that part with the ongoing leftist support demands,

The closure led the group Consumer Watchdog to call on the state to step in and require all grocery and convenience store chains to begin redeeming bottles and cans.

If by ‘work’, you mean putting the grocery and convenience stores out of business, too.

“The other, by Assemblyman Phil Ting, calls on manufacturers to increase the minimum recycled content in plastic beverage bottles…”

Hasn’t he heard there aren’t any recyclers? WHO are the people that vote for these idiots?

Who would have thought the free market plays a role in wages? I guess only critically thinking people.

Couldn’t they just hire illegals and not give them any benefits?

Somewhat unrelated: I hate that nothing can be repaired. My current hate is fans that cannot be oiled.

On the other hand, cars last a long time. No one in my youth would have driven a car for 200,000 miles. Now it is common. They work pretty well for 150,000 miles with just oil changes.

So much for the demand for labor being insensitive to the wage (actually, compensation) of labor.

“Two of the bills, authored by Democrats Lorena Gonzalez in the Assembly and Ben Allen in the Senate, are identical and would require manufacturers to reduce waste from packaging and certain plastic products. The other, by Assemblyman Phil Ting, calls on manufacturers to increase the minimum recycled content in plastic beverage bottles over the next decade.”

A 24 pack of Walmart bottled water costs me $2.48 here in FL. I wonder how much it costs now and how much more it will cost in CA with these new laws about to hit the street?

In CA we have to pay 5 or 10 cents/bottle for drinks to fund the recycling. We are supposed to get the money back if we return it to a recycling center. So with all the centers closing CA government now has another revenue source.

You just need to know how to game the system. WA doesn’t have a bottle deposit, so tweekers in Vancouver, WA buy (6, 12, 18) 24 packs of water on their benefits card, empty the water, then drive over the river to redeem them in OR at 10C a container (144 max/day) because it costs too much to make different bottles for different states. The redemption is a source of cash because drug dealers are not currently taking benefits cards. Basically, a much more efficient version of Kramer’s driving a semi full of soda cans to Michigan. Going from a nickle to a dime didn’t increase recycling as they claimed, it just doubled the available money in the recreational drug market. Which of course doubled the presence of crazy homeless drug addicts. YEA! I guess the liberal dictionary contains neither unintended nor consequences as entries. And of course the liberals can’t redeem their own containers now because the machines are always surrounded by drug addicts. But that is Trump’s fault.

Meanwhile, the rats in Baltimore are planning their winter vacation destination …

If by ‘work’, you mean putting the grocery and convenience stores out of business, too.

If recycling businesses can’t turn a profit on the things, grocery stores sure as hell won’t be able to. They’ll take the bottles if they must and pay out the CRV, then they’ll chuck the bottles in the closest dumpster and write the expense off on their taxes.