WHO: Outbreak in Congo a “public health emergency of international concern.” 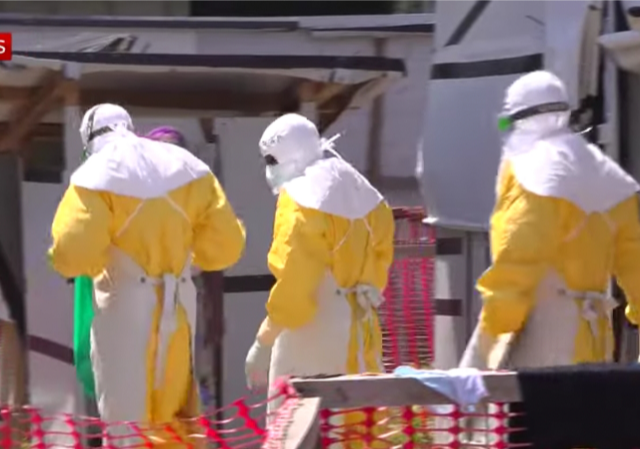 Five years after a significant outbreak in Africa, the World Health Organization (WHO) has declared another international emergency over Ebola.

The spread of the Ebola virus, which began in the central African nation of Congo, has been designated as a “public health emergency of international concern,” a WHO spokesperson said.

WHO defines an international emergency as “an extraordinary event,” which “constitute a public health risk to other States through the international spread of disease.” The 2014 Ebola outbreak claimed more than 11,000 lives, mainly in the West African region.

The Ebola virus, discovered in 1976, is highly infectious and has a death rate of up to 90 percent. The current outbreak in the Congo began in August 2018 and has killed close to 1,600 people. There was growing evidence that the epidemic was now in a phase of “geographic expansion” beyond Congo, the WHO said. New cases have recently come out in neighboring Uganda.

The WHO’s Africa Office issued the following statement regarding the outbreak:

“It is time for the world to take notice and redouble our efforts. We need to work together in solidarity with the DRC to end this outbreak and build a better health system,” said Dr. Tedros. “Extraordinary work has been done for almost a year under the most difficult circumstances. We all owe it to these responders — coming from not just WHO but also government, partners and communities — to shoulder more of the burden.”

The declaration followed a meeting of the International Health Regulations Emergency Committee for EVD in the DRC. The Committee cited recent developments in the outbreak in making its recommendation, including the first confirmed case in Goma, a city of almost two million people on the border with Rwanda, and the gateway to the rest of DRC and the world.

Curiously enough, WHO, a United Nations-run health agency, did not recommend regulating air travel or immigration. “The WHO stopped short of saying borders should be closed,” BBC reported. “WHO does not recommend any restrictions on travel or trade, which rather than stopping Ebola can actually hamper the fight,” WHO chief Tedros Ghebreyesus said. “Such restrictions force people to use informal and un-monitored border crossings, increasing the potential for the spread of disease.”

It is unclear if political concerns dictated the WHO recommendation. The United Nations, WHO’s parent body, pushed for a so-called global migration pact. This pact calls upon the Western countries to adopt liberal immigration policies in the face of mass migration from Africa and the Middle East.

In recent months, Europe has seen a rise in the numbers of North and West African migrants crossing over from the Mediterranean Sea. German President Frank Walter Steinmeier has urged Italy to open its ports to migrant ‘rescue’ ships patrolling in North Africa, many of them operated by German NGOs. The treatment of German activists by Italian authorities has angered Berlin.

Italy has so far resisted German pressure. “We kindly ask the German president to worry about what happens in Germany and if possible ask its citizens not to break Italian laws,” Italy’s Deputy Prime Minister Matteo Salvini said dismissing Berlin’s concerns.

With the influx of West and North African immigrants turning the Mediterranean Sea into the main migrant route into Europe, the continent’s exposure to an outbreak remains at an all-time high. With the UN, the European Union and major European governments ideologically committed to their open border policies, travel restrictions are unlikely to happen despite growing public health risks.

When EBOLA comes to America, it will be across the Southern Border.

And will be called “Barry Syndrome.”

They’ve already had one case cross the border.

They are coming from the Congo across the Southern border already., this will not end well

This is how WHO intends to solve the problem. WHO will support a bunch of Congolese coming to the US. Once there is an ebola outbreak in the US, the US will be motivated to find a cure. Problem solved.

Send them to California to play on the freeway at night.

Have the Dems figured out how to claim Ebola is a racist Republican plot…yet?

Well, AlaskaBob, I’m sure they’d point out that the vast majority of the disease’s victims have been from subsaharan africa, and it emerged in 1976, meaning it must have been developed under Nixon and Ford to clear out the continent and allow free access to all the natural resources there.