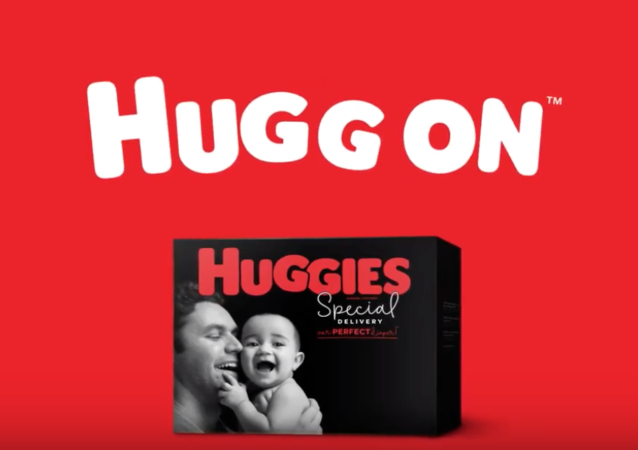 Their new line of Special Delivery Diapers will be sold in a variety of seven different boxes, three of which features daddies and their babies.

Fatherhood advocate Derrick David Bryant, who is a National Fatherhood Initiative board member, says it’s a great step in reaching out to fathers and becoming more father-friendly.

“For so long, culture has said fathers bring home the bacon and play with the kids and that it’s a mother’s responsibility to do the diapering and child-rearing,” said Bryant, who is a father engagement coordinator of a Texas nonprofit. “Just the mere image says fathers are welcome to change diapers and are expected.”

Bryant said for the many fathers already changing diapers it’s an affirmation they don’t often see.

“Dads are shopping too,” Bryant said.

It’s a small step, but one I’m happy to see.

The dads who are engaged and pitch in with the day to day child rearing are always overshadowed by the “dumb dad” trope. Fathers play and equally vital role in the life of their children and the more that’s recognized, the better we’ll all be.

I love seeing dads hold and care for their babies.

The word for me ‘d probably be penury.

The wife and I had an unspoken agreement: I got to change the explosion, she washed the clothes that got splattered by the result. Changed more than one in the bathtub.

Amazing how that changed from #1 to #3+4 (twins) #1 got changing tables and powder and etc… #4 learned to crawl away while #3 was being changed so we had a process that made a NASCAR tire change look slow, and made passers-by dive for cover. Teamwork!

Fine. It’s a small gesture that says fathers love their children, and that is worthwhile.

But I am more worried about a media that generally portrays men as (A) idiots, (B) abusers, (C) rapists, (D) stalkers, (E) dangerous criminals, (F) philandering creeps, or (G) all of the above.

Not just a dad, but, a white one. Talk about going against the grain!

Diversity feedback. It was better before they normalized their color judgment. Still, despite its progress, there is an opportunity to place people first, without discrimination for their age a la planned parenthood and reproductive rites (i.e. selective-child).

If it’s like normal advertising, they’ve got about a dozen photos they’ll cycle through. Still…

It would be better if they placed mom, dad, and baby front and center. That is the combination that we want to normalize. Not just dad. Not just mom. Both in union and with their child.

This. I would bet money that the only reason Huggies is doing this is the increasing number of single fathers with shared custody looking after toddlers because their marriage disintegrated before the kid was toilet trained.

This isn’t good. This is more “men are exactly the same as women” propaganda, and next we’ll see how the woman is the hard-working breadwinner while the man stays at home having tea parties with his daughters.

No, we won’t see the stay-at-home dad playing ball with his sons. Sons aren’t important to the Agenda.

When everybody’s used to that, then it’ll be transgender “men” and transgender “women” in rainbow bliss, with unicorns flying overhead, and God help the children!

Speaking of hitting the nail on the head.

Speaking of which, how IS Gilette doing?
And was it a man or woman who invented the disposable diaper?

Stopped buying any Gilette product, and discovered their razors and shave cream sucks compared to Schick, Barbasol and the like – and cost a fraction of the price.

As an older parent my goal was to get my son out of diapers before i went back in them. BTW, chicken pox at 46, not fun.

My brother contracted chicken pox in adulthood. It was not pleasant. My brother also has a great way of expressing himself, and described his appearance, “My face looked like an exploded fruitcake.”

You sure those are trannies and not reguler canadians? They’re kind of effeminant.