Iran Worked to Acquire Technology for its Nuclear Program in 2018: German Intel Report

Iran Worked to Acquire Technology for its Nuclear Program in 2018: German Intel Report 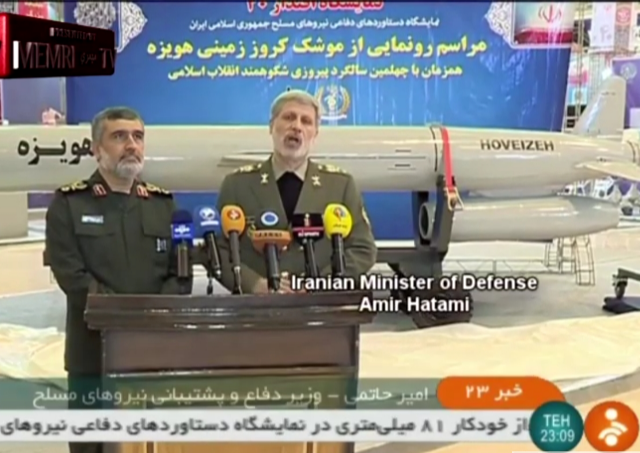 Iran tried to procure weapons technology to build up its nuclear program in 2018, Germany’s federal intelligence service BfV disclosed in its annual report published on Thursday. The intelligence agency found “clear rise in evidence” that Tehran has been working to acquire technical capabilities to enhance its nuclear weapons delivery systems.

In line with Chancellor Angela Merkel government’s diplomatic stance to keep the Obama-era deal afloat, the intelligence agency downplayed Iran’s attempts to get hold of WMD technology for its nuclear program, asserting that these illegal attempts “did not violate” the 2015 accord.

This is not the first time that German intelligence services have accused Tehran of procuring or stealing critical technology and components to boost its weapons of mass destruction program since the nuclear deal came into effect almost four years ago. Iranian agents and front companies have been attempting to secure missile guidance technology and electronics for their nuclear weapons delivery systems, the domestic intelligence agency for the German state of Baden-Württemberg revealed in a 2018 report. Other German intelligence agencies have since confirmed similar Iranian attempts.

Following is an excerpt from the 388-page intelligence report reviewed by the Legal Insurrection:

In 2018, the BfV [Germany’s federal intelligence service] was able to identify only a few indications of Iran’s proliferation-related procurement attempts for its nuclear program as compared with the previous year. Such evidence emerges when the methodological approach to the procurement of goods, their possible use also in a nuclear program and / or existing findings on the final recipient or the requesting body point to a potential proliferation-relevant procurement background.

To the extent that verification of these indications [of Iran’s proliferation-related procurement attempts] was possible, it did not provide evidence of a breach of the JCPOA [the nuclear deal]. The BfV continues to observe whether this trend persists and Iran firmly adheres the July 2015 deal despite country’s economic difficulties and the U.S. withdrawal from the accord. In 2018, a clear rise in evidence for proliferation-related procurement attempts in the field of launcher technology / missile program could be ascertained. The BfV will monitor if this [becomes] a general trend. [excerpts translated by the author and Jerusalem Post]

Benjamin Weinthal, a research fellow for the D.C.-based Foundation for Defense of Democracies (FDD), was the first to report the story in the Jerusalem Post.

The revelations come a day after country’s Foreign Minister Javad Zarif proclaimed that Iran will never build a nuclear weapon because Islam forbade such a move. Earlier this month, the BfV intelligence service warned the German government that Iran’s growing cyber espionage capabilities pose a major threat to Germany’s defense and industrial sectors. Iran, beside China and Russia, has “increasingly been using cyber attacks to collect information on government agencies, business enterprises, or research institutes,” the BfV warned.

Apparently, the political establishment in Berlin trusts the religious pronouncements of Iranian Mullah’s more than the findings of their own intelligence agencies. Earlier this month, Chancellor Merkel dispatched Foreign Minister Heiko Mass to Tehran in a desperate attempt to save the nuclear deal.

Germany is also the driving force behind the European Union’s attempts to set up a barter-based payment system to protect Europe’s Iran trade by hiding the money trail in the wake of U.S. sanctions. Last November, Washington had imposed tough sanctions on Iran’s oil trade virtually cutting off the regime’s main source of revenue.

Thursday’s report also highlighted Iran’s growing terror footprint in Germany. The intelligence agency identified some 1050 members of the Iran-backed terrorist group Hezbollah that were active in the country, an increase from its 2018 estimate of close to 950. Earlier this month, German parliament rejected a bill tabled by the right-wing party Alternative for Germany (AfD) seeking a ban on Hezbollah. Germany continues to allow pro-Iranian terrorist groups to operate in the country under the guise of its ‘political wing.’

Iran will get nuclear weapons, and in a short time.

The power of a treasonous US president (who is also the first gay and first muslim president) saw to that.

It is a fairly sure bet that a) Germany has/is helping Iran develop a nuclear delivery capability, and b) that this statement is an effort at a cover story.

The Krauts, Rus, China and The Obama administration. With John Kerry as the current frontman for all of the nonsense. And Obama recently jetting around to meet in private with German/Italian leadership? Spygate and his arming Iran legacy?

The Russians designed and built most of Iran’s nuclear infrastructure – all of that effort – and to think Russia withheld equipment required to process and weaponize nuclear materials? And yeah. The Krauts drop this bit of convenient disinformation right now? Just as Trump is holding Iran’s head underwater? Oh please.