Her experience investigating the Migrant crisis is invaluable in a time when the only two options on the table seem to be extremes. 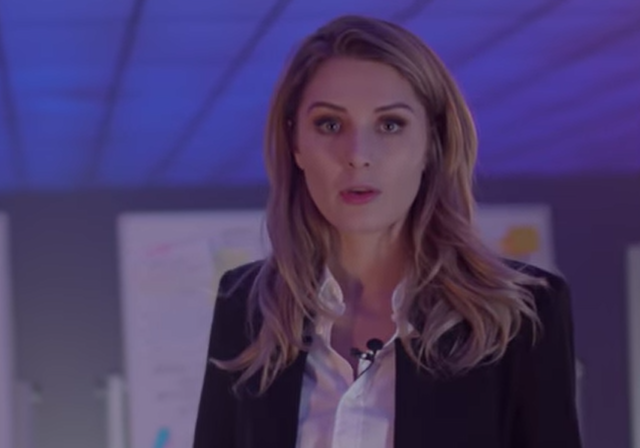 Lauren Southern is a Canadian libertarian activist who made herself known on the internet through various viral videos and minor controversies. She first came to prominence in 2015 when she started covering the infamous feminist Slutwalks, carrying a sign saying “There is No Rape Culture in the West” which resulted in her cameraman getting shoved and her sign getting stolen.

Subsequently, she became a major voice standing up on the European illegal immigration/refugee crisis. Famously she went as far as to attempt to block refugee ships which resulted in her detainment.

About two years ago she course corrected her career from being primarily a YouTuber/on-the-ground journalist to begin working on documentary films. Her first controversial documentary Farmlands was a spotlight on the state of white farmers in South Africa who claim they are struggling with high murder rates at the hands of roaming bands of murders and the threat of having the government confiscate their land as penance for apartheid.

Her second, newest and evidently final film Borderless is a much larger piece of investigative journalism that looks behind the scenes at the motivations of people involved in the mass migration of millions of people from the middle east and north Africa to western Europe.

The documentary takes a harsh look at the financial and social cost of illegal immigration and human trafficking between North Africa and Southern Europe. The movie makes an important delineation between war refugees and economic migrants. This is important because it’s fairly clear that the European Union does not.

The attitude and narrative of the EU are such that it’s quite difficult to openly discuss criticism for unrestrained immigration from the middle east and north African countries without being accused of racism. The issue has remained highly contentious in Europe since before the 2015 Paris attacks against Charlie Hebdo and has become one of the prominent issues fueling the rise of the European far-right.

The most interesting thing about Borderless‘s conclusion on the issue is how sympathetic it watcher becomes towards economic migrants. It’s revealed in interviews with several of the migrants that most of them are middle-class people from across the middle east who were lied to, who paid thousands of dollars to ship passage to Europe and were told that Europe was a paradise only to realize that they were duped. Many of the migrants we meet in the interviews talk about wishing they’d stayed home instead of leaving.

The movie’s most damning conclusion is ultimately that illegal migration is a money laundering scheme. We see it play out in the film as one prominent NGO known as Emergency Response Centre International gets caught during their investigation revealing to have laundered hundreds of thousands of dollars from the thousands of refugees they’d picked up with the implication that other NGOs do much worse.

It’s also revealed that other NGOs teach many of the economic migrants how to lie in order to get into Europe as refugees.

The documentary ultimately concludes that the migration issue is being propped up cynically by people seeking to profit off of human suffering. As a result, Europe is flooded with cheap labor that hurts lower class Europeans, radically changes the culture, creatures mutual hostility between Secular European culture and Islam and leaves many of the migrants in a poor state. In the end, nobody wins except for the corrupt profiteers.

It’s a credit to Lauren that the movie is as sympathetic as it is. It would’ve been easier to dismiss the film as mere nativist propaganda if it had been the case that she claimed that everyone coming over was merely seeking to purposely destroy European culture but the portrait she creates is quite surprising.

Her experience investigating the Migrant crisis is invaluable in a time when the only two options on the table seem to be extremes. While the movie offers few solutions to the crisis beyond breaking up corrupt government/charity schemes that are profiting off the crisis, it does do good to properly explore the actual problems at play.

On June 2nd, Lauren Southern announced her intention to retire from activism in order to go back to college and live a private life. It’s a shame that an activist so willing to stand up to public pressure is leaving the political world but she’s more than earned her respite. Here’s hoping her future career is as fulfilling and powerful and her previous one!

Far-right is anarchist. Perhaps a left-right nexus. It’s a far-left fascist resurgence and the progress of anti-nativists that have normalized immigration reform in lieu of emigration reform, including a cover-up of collateral damage forced by social justice adventures.

Perhaps the philosophical spectrum is different in Europe; but, in America, the right is libertarian, the center is conservative, the far-right is anarchist, and progressing left-ward uncovers liberalism, progressivism, fascism, socialism, communism, totalitarianism, etc. And, of course, a left-right nexus.

It appears that Hummel is a product of the standard US university system where people to the right of the Socialist-Democrat Party are “Fascists”, or near Fascists, because their education never came close to covering history (US or European) with any real accuracy.

That makes not sense. The far-right typically supports strong national borders. That is hardly anarchist.

What you may be struggling with is the fact this is a COMMON SENSE view. Seeing as you are using labels such as “far-right” tells me you are brain dead and incapable of thinking for yourself.

Then you at least agree that far-right is not synonymous with anarchy.

When you stealthily cross the border in the middle of the night, it’s not, and has never been immigration. It’s invasion.

Historically, the “right” was identified with conservatism and the “left” with liberalism. Now, a conservative is defined as “tending or disposed to maintain existing views, conditions, or institutions” and liberal is defined as “broad-minded especially : not bound by authoritarianism, orthodoxy, or traditional forms”. This means that “conservatism” and “liberalism” are variable depending upon the time and society in which they are being applied. So, in the American and most Western European societies, philosophies which advocate extreme liberty [libertarianism] or extreme control [totalitarianism, including imposed socialism] are both “liberal” viewpoints. They are outside the existing conditions and, therefor, not “conservative.

Mac45: Historically, the “right” was identified with conservatism and the “left” with liberalism.

Mac45: Now, a conservative is defined as “tending or disposed to maintain existing views, conditions, or institutions” and liberal is defined as “broad-minded especially : not bound by authoritarianism, orthodoxy, or traditional forms”.

Those aren’t new definitions. Conservatism is defined as advocating the preservation of existing traditions and institutions. That puts them on the political right as it means preserving the existing hierarchical social structures.

Mac45: This means that “conservatism” and “liberalism” are variable depending upon the time and society in which they are being applied.

If you mean the center has moved, that is undoubtedly true. Women enfranchisement, meaning greater equality, was once considered absurd by a large part of society, but is rarely questioned today. So what was on the political left at one time is now in the center.

Mac45: So, in the American and most Western European societies, philosophies which advocate extreme liberty [libertarianism] or extreme control [totalitarianism, including imposed socialism] are both “liberal” viewpoints.

Mac45: They are outside the existing conditions and, therefor, not “conservative.

That’s right. Conservatism is a subset of the political right. Those on the extreme right are generally reactionary, not conservative.

I doubt that anyone has ever made such a simple-minded claim. But an invader’s motivations don’t matter in the least; the host dies whether or not the parasite deliberately tries to kill it.

I agree. It’s no secret why they come. The question is how we deal with this lawlessness?

I have heard folks assert that destroying the European nature of America IS the goal… of those inviting and demanding more from the south to flow in. The left has been brainwashed that White is bad and the enemy of Gaia or something. That the brown-skinned variety of humans are at peace with nature and until America , as it was founded is unrecognizable, the progressives have work to do.

They really hate America, or what they learned of it. They really are racists and have been taught to denigrate and detest one race above the rest for some reason, and it’s not accidental. They, only make up maybe 18% of the population… the progs .. the racist left.. but they have the Universities and every HR department and Hollywood and NY and DC.

The Dems are currently the major force pushing open borders, because THEY HAVE IN SIGHT THE CHANGE THEY WANT: REPLACEMENT OF AMERICAN VOTERS SO THAT THEY CAN HAVE POWER IN A SOCIALIST COUNTRY.

Everyone knows, aliens vote predominantly socialist, i.e., democrat. There are exceptions (Cubans), but in the main.

So, Texas is about to go dem. It’s a fact. They’ve trashed our country with socialists as far as the eye can see.

You either control your borders or you dont. Dont you dare give me this left wing liberal fucktard “its RWAAAACIST to only let people you want in to your country”!!!

You should be ashamed of yourself for failing to understand what this is all about Hummel.

Uh, ditto with the others on the ” far – right fascists resurgence ” phrase. What a loaded and odd thing to assert.

Fascists are LEFT. They believe in Government control of EVERYTHING. Big Government.

The next ‘far-right fascist’ I meet will be the first.

There is no migration crisis.

There is an illegal immigration crisis.

Obama’s Muslims were legal, and a ticking time bomb which needs to be defused. They are worse than illeagles.

Yet that’s exactly what they will do, whether they started out intending that or not, because they will ally with Muslims who are intending exactly that. Muslims must never take non-Muslims as friends or allies, except to deceive them (Quran 3:28). I’m certain a whole bunch of them were lying to Lauren, which she oddly never considered on camera, since Allah is the greatest of deceivers (Quran 3:54) and Allah commands imitation of him.

I thought Lauren really wimped out in the end, delivering a lukewarm conclusion, the kind that one might give if you’re intending to appease the left and suck up to them because you’re tired and worn down. It’s radically different in tone to older videos on her YouTube channel.