The famous Instapundit dissects the faults with social media. 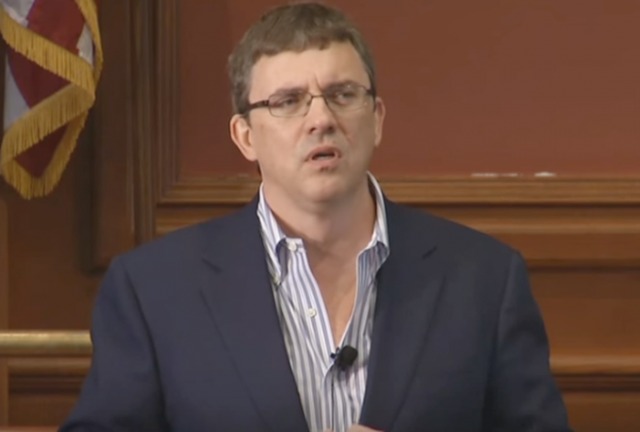 Glenn Reynolds launched Instapundit in August 2001, which laid a key foundation stone down for the publication and dissemination of independent conservative news and opinion over the past 18 years. “Instalanches” have blessed Legal Insurrection with many links.

Over the past 18 years, Reynolds has observed the deterioration of social media and shared his observations and experiences in a new publication: The Social Media Upheaval. I had a chance to read it last week, and I wanted to share my thoughts about his most recent work.

The Social Media Upheaval is not so much a book as an in-depth treatise on the dark side of today’s platforms, especially Twitter and Facebook. This style of presentation allows a more substantive review of Reynolds’ opinion on the current problems with social media (Too Fast, Too Incomplete, Too Emotional, and Too Untrustworthy) and his solutions, but keeps the price-point down and allows the reader to digest a substantial mental meal easily.

As a professional who deals with biosafety issues regularly, perhaps the most satisfying aspect of Reynolds’ analysis was his comparing the spread of bad ideas, fake news, and toxicity on social media to that of early civilizations’ experiences with viruses. Ancient humans had to develop sanitation and medicines to handle physical diseases, which the new living conditions created when they established cities. Likewise, modern peoples must create safeguards against the mental illnesses that may be generated by how electronic media is handled and processed, as well as the outrage mobs that pop-up like plague boils on our society.

Right now, it seems as if the social media world was designed to spread viruses of the mind. And that’s probably because it was. While in the earlier days of the internet ideas spread faster than before, today in the walled gardens of social media outlet like Facebook, Instagram, or especially Twitter, ideas spread much, much faster, and with less time for rumination or consideration, than ever before.

And that’s by design, as social media companies use algorithms that promote posts based on “engagement” — which typically means users’ emotional reactions — and “share” buttons allow each user to pass them onto hundreds or thousands of friends, who can then do the same. This repeated sharing and resharing can produce a chain reaction reminiscent of a nuclear reactor with the control rods removed.

Reynolds also stresses that using antitrust regulations to break-up the power of Big Tech should be part of the solution set in dealing with its unhealthy influence on our politics, culture, and civic environment. The number of acquisitions that Silicon Valley firms have been allowed to make has been astonishing.

And these new tech monsters have a one-two punch that Stanard-Oil lacked: Not only do they control immense wealth and important industries, but their fields of operation– which give them enormous control over communications, including communications about politics — also give them a power that exceeds that of previous monopolies.

I give Reynolds’ publication five stars, and strongly recommend it to anyone who spends significant amounts of time on social media platforms. I would also suggest that it would make an excellent gift for graduates, as they have been the most exposed to the viruses of social media…yet may be young enough to recover and create novel ways to adapt.

It certainly echoes my thoughts on what I have been observing in these industries.
Facebook has devolved into a place where people are compelled to share far too much of their lives, which also feeds the egocentric tendency of insecure people. It provides virtual echo chambers for political discourse which doesn’t allow dissent. Society has benefited from technology advancements, but it is also suffering greatly from the same affliction.
Hatred is spreading because differences in political opinion are becoming one dimensional, shallow pillars of political beliefs given far too much importance based on knee jerk reactions without thought put behind it.
I enjoyed interacting with many people I knew from High School and college that I lost touch with, but it comes at a price where hatred based politics is pushed far too often, and becomes central to some of these people where it had never been before. And most often it is their on-line persona rather than how they normally view life.
Hate is spreading because in this instantaneous communication too little time is spent thinking, and as I have found with far too many leftists, far too much emotion is involved for their little hits of pleasure watching the likes accumulate to reinforce their emotions.
Google, Twitter, and all the rest spread disinformation at alarming rates, and by their design, viral disinformation spreads far faster than truth, so it creates the false narratives that thrive in leftist circles in particular.

I’m going to have to disagree with Glenn’s call for anti-trust legislation. I’m not exactly sure how such a thing would work, twitter and facebook are atomic entities. They’re hardly critical industries, and before you yell at me about this, if Facebook were to shutdown tomorrow, would we be worse off or better off?

I still recommend we hold these *publishers* civilly and criminally liable for everything that gets posted on their mediums if they insists on curating the content. That’ll end this war on conservative opinion damn fast.

Facebook has devolved into a place where people are compelled to share far too much of their lives, which also feeds the egocentric tendency of insecure people.

There is something I am not seeing here. How is one >compelled to share anything on Facebook, or any other form of social media?

I’m not asking to be contrariwise about this; I really wonder,

Company called ‘Dopamine Labs’ is suggesting that social media usage is a form of addiction.

In other words … if you never start, you’ll never get hooked.

They have a compulsion. Self-compelled.

randgalt: I understand, as I wore those shoes myself for years, expecting the perfect and denying the possible good. But it just got too dam* miserable, especially when my arguments for liberty were met with disdain bordering on emotional abuse.

Americans only enjoy liberty in the abstract. Too much freedom and liberty create emotional dissidence in people unused to having to make decisions constantly–they’d rather someone else tell them their options and choosing from those rather than face the onslaught of dozens of options. Then bitch about the shortage of options.

The situation with social media titans determining who gets to have their voice heard because of their definition of ‘hate speech’ is only a slight step off the path of government using its power to do the same. There is no law against a publisher deciding what to print for distribution vs. a government restriction on such words per the Constitution. Thus, Twitter, Facebook, Netflix, Amazon and Google randomly deciding that sane, conservative voices are not allowed whereas irrational socialist demands and threats are valid is their prerogative.

However, the impact and reach of social media is far beyond just information–it actually impacts behaviors and expectations of the weak minded–of which the professional educators have intentionally created an overabundance of over the past generation (see the long march through the ‘elite’ institutions by progressive/socialist activists).

In short, these tech giants (much like Standard Oil in the late 1800s and early 1900s–but to a much further degree) need to be legally reigned in. They need to be classified as publishers so they can be sued for defamation or broken into smaller, less intrusive components without the ability to deny the marginalized from being heard.

Tyranny and statism are always justified by those who impose it. I’m sad for you.

New season of Black Mirror – Episode 2: doesn’t quite deliver, but some food for thought there

and last season had a pretty scary episode on Social Justice scoring by governments…. then we start hearing about it in practice from Asia

(Black Mirror is not on my list of likes, but the hubby gets into the film technique on it – which is usually top notch)

We on the other hand have Social Justice scoring by business. In the long run which is worse?