Bigger margin than expected, even in a Republican-dominated district. 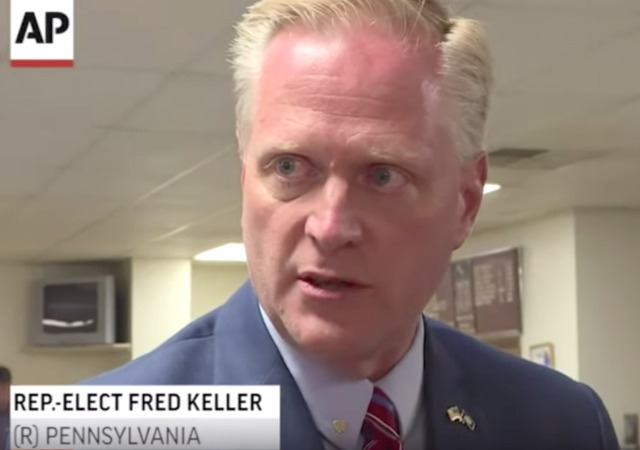 The district has a sizeable Republican population so the result should not shock anyone. However, the large margin of defeat may show a bright 2020 for Republicans.

Great news for Republicans: Fred Keller has just won the hard fought for Pennsylvania Congressional contest in a LANDSLIDE, over 70% of the vote. Thanks to the thousands who showed up for the Rally last night. Congratulations to Fred and his wonderful family!

Dems didn’t have much of a shot here, but this seems like type of special that would have been close in 2017 pic.twitter.com/1rpTVCxDvm

Friedenberg was also the Democratic nominee in 2018, when he lost to Marino by 32 percentage points.

Pennsylvania redrew its congressional districts in 2018. The current 12th District, which covers a large and deeply conservative swath of the north and central parts of the state, voted 66.1 percent for Donald Trump in the 2016 presidential election.

After the new districts came out, the left hyped up the possibility that Democrats stood a chance to win more seats in the House. While they managed to flip four seats in 2018, the Republicans flipped one. These results left Pennsylvania with a split in 2018 with each party holding nine seats instead of the blowout Democrats wanted.

The Democrats hardly paid attention to the 12th District special election, but President Donald Trump attended a rally for Keller in Montoursville on Tuesday to push for Keller’s election. Trump also tweeted out support for Keller and sent out a robocall.

Pennsylvania – Don’t forget to get out and VOTE TODAY for Republican Fred Keller for Congress. Fred is Strong on Crime, Second Amendment, Military, Vets, and Healthcare. He has my Complete and Total Endorsement!

Oh, if this be a harbinger of elections to come, especially November, 2020.

Trump has the coattails democrats wished Obama had.

Being we STILL don’t know where that malignant cypher came from, it’s likely obama just has a tail.

If we could just keep the margin of false votes in the big cities, we could deliver PA to Trump again.

The state is more conservative. But the GOP here is a self serving bunch of morons who vote the CoC every time.

They wouldn’t bring someone up to take the place of Corbett (who was a total moron) so we wound up with Wolf who’s not a wild eyed liberal but he’s liberal enough. We already paid for this by the Supreme Court districting shenanigans and there may be more of that to come.

The GOP in this state and the locals are totally clueless how to play the game. They’re still back in the 50’s.

We still may deliver PA to Trump.

You aren’t alone. California remains beyond weird. The local paper has an article about the Superintendent of a local city (Poway) defending herself for allowing Betsey DeVos to visit. The article is about the “backlash” as if the backlash were actually from parents instead of the Teacher’s Union.

Yup, Biden and Mr. Butt are on fire