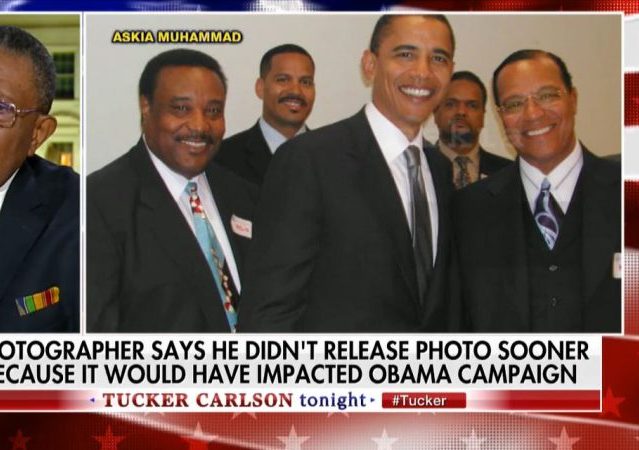 Thursday, Facebook announced several right-wing provocateurs had been kicked off their platform. Louis Farrakhan, raging anti-semite and hate monger was lumped in with the rest of the crowd in several headlines.

Hold up, are they pretending Farrakhan is right-wing? pic.twitter.com/irOH81udDn

And this one from the WaPo:

What in the actual hell? Louis Farrakhan has never once been considered on “the right” – far or otherwise. @washingtonpost what are you doing?? You don’t even have to dig much to get a list of all the appearances he’s made w/lefties over the years. pic.twitter.com/mIPHHAewMp

Because it needs mentioning, apparently, Farrakhan is not a far-right figure. Not by any stretch.

So Louis Farrakhan is now part of the, um, far right?

1) An inability to recognize left-wing authoritarianism.

2) Once its authoritarian element becomes impossible to ignore: the denial that it is left-wing. pic.twitter.com/y5S2TaVliM

After pressure from social media, the WaPo changed their headline, substituting “far-right” for “extremist”:

After much criticism, the WaPo changed "far-right" to "extremist", but the initial designation of "far-right" to include Louis Farrakhan is interesting — particularly given his fan-base @womensmarch… https://t.co/ZaBMZzF09u

So … how about kinking off left wing “provocateurs”? I don’t think you have the balls.

Well, they DID ban Farrakhan. They were just too chicken to correctly categorize him.

But, the Washington Post and the New York Times declared him a Right Winger. Both on the same day. What a coincidence.

What ‘media?’ The democrat media, you mean.

They just have more of it. Why? Too many of us are dumb enough to patronize their news, movies and television programming.

How long before the MSM/DNC axis informs us that AOC, Omar and Tlaib are right wing male Republicans?

My thoughts are that both Omar and AOC have bigger nuts right now than many Republican lawmakers. I wouldn’t be shocked to see some rabid Muslim politicians declare themselves as Republicans. They contaminate everything they touch, so they can’t leave the Republicans alone.

Would love to know your definition of ‘far right’ but can’t tell because you didn’t list anyone else who got booted from FB. If you’re with the media and habitually put Nazis, fascists, or white supremacists on the ‘right’, you would be wrong, Nazis and all the rest are socialists. They’re on the left.

In the America frame of reference, the far right is anarchist, the right is libertarian, the center is conservative (i.e. Declaration of Independence, The Constitution).

Fascists making up falsehoods to pre-corroborate their upcoming falsehoods in the election to smear PDJT.
Get ready for the mother of all lies in the upcoming Presidential election.
Truth will not be found in the dem media. Hopefully PDJT starts declassifying lots of the FISA and other istems of the dems to the point the dem msm can’t ignore their crimes or hide them any longer.