Regulators have just two months to decide which rules should stay and which should go. 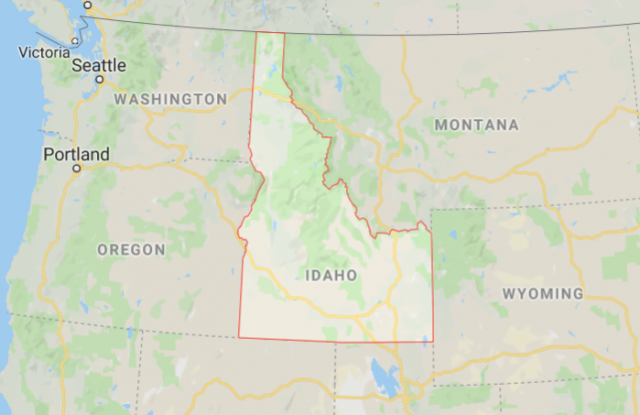 Citizen activists and conservative politicians have longed for less regulatory burdens on businesses and citizens.

However, Idaho seems to have exceeded their wildest plans.

That’s because the state Legislature, which is controlled by Gov. Brad Little’s fellow Republicans, failed to pass a bill approving 8,200 pages containing 736 chapters of rules and regulations that touch on just about every aspect of daily life in Idaho.

The measure died when the legislative session concluded last week amid open acrimony between the chambers.

The rules Little is now reviewing include such things as protecting consumers, homeowners, the environment and school children. They range from hunting and fishing licenses and seasons to licensing for health care professionals and construction contractors. They are mostly products of the state’s obscure but important negotiated rulemaking process that involves public participation.

Idaho’s governor is not using this unique situation to try anything drastic.

“I’m not looking at this as an opportunity to do mischief,” Little said during a public appearance Tuesday. “I do not want to exacerbate this thing. This was not our deal. We did not do this.”

Little has made clear his desire to cut regulations in Idaho, issuing an executive order in January requiring state agencies cut two rules for every new one.

Alex Adams, administrator of the Idaho Division of Financial Management — or Little’s budget chief — has the job of going through the 8,200 pages.

“We are working closely with the (state) agencies,” Adams said. “We would not make any decision that is not supported by the agencies.”

James Broughel, a senior research fellow at the Mercatus Center at George Mason University, is following the developments in Idaho closely. He notes that the state is demonstrating how “sunset provisions” can be effectively used to stop regulations from stifling citizens with petty rules, endless fees, and outdated guidelines.

…In the past, academic research has found that sunset provisions are sometimes ineffective. Legislatures and agencies often readopt regulations without much thought. To work well, sunsets may need to be structured such that large swaths of rules expire simultaneously, with reauthorization responsibilities falling to the legislature rather than regulators. Sunsets are perhaps most useful when rules are allowed to lapse and then forced back through the rulemaking process all over again. That way they can be subjected to public scrutiny, cost-benefit analysis, and perhaps even court challenges.

The main constraint now facing Idaho state agencies is time—they could use more of it. Regulators have just two months to decide which rules should stay and which should go. With more time, they might be able to tweak and modernize those regulations deemed necessary; instead, many rules may simply be readopted without changes.

In 2018, Idaho earned the title of fastest-growing state in the country, based on analysis from the U.S. Census Bureau. It is also leading the nation for the rising cost of housing.

Idaho ranks number one in the nation for the fastest year-over-year home price change, according to a new report by the online mortgage marketplace RefiGuide.

The study compared the median home prices published by Zillow Research Data from March 2018 to March 2019 and showed Idaho has risen 17.2 percent – 10 percent higher than the national average.

“Idaho leads the country with home prices increasing by 17.2 percent last year, driven by strong demand in the Boise market,” the study says.

RefiGuide reports that since the end of the recession in 2009, home prices have, on average, climbed over 50 percent from the lowest point.

As a Californian, I can understand the appeal. What’s not to love about potatoes and freedom?

Potatoes are terrible for you other than their Potassium (the mineral’s namesake).

Get your K elsewhere!

Kudos to the gov though.

re potatoes: if you miss your fries, your cheese with scallops, your mashed, your tots and your baked, bite your tongue.

Can we still be friends? Oh, I forgot hash-browns!

lol yeah…I didn’t say they were anything other than delicious. They are just a diabetics nightmare, that’s all.

Also a nightmare for those on dialysis. ( my best friend, not me )

That potassium can be a killer

True, in our calorie rich era potatoes are a mixed blessing, but not all eras were so blessed. In the past merely getting enough calories was a challenge and potatoes were a readily available source of calories.

That said, baked and buttered with a pinch of salt… mmmmm!

As an Oregonian, ie California light, I see this as a golden opportunity for the good people of Idaho to benefit from this. Reason/conservative principles/common sense may prevail. Although time is short, the leadership in the spud state can show the rest of the country how it’s done.

“What’s not to love about potatoes and freedom?”

The potatoes are confined to the southern part of the state. In the north, it’s alpine lakes, forests, and freedom. 🙂

A gorgeous state… water, woods, wildlife and wonderful agriculture and best of all, folks who still understand freedom.

“In 2018, Idaho earned the title of fastest-growing state in the country, based on analysis from the U.S. Census Bureau. It is also leading the nation for the rising cost of housing.”

The influx is a collision of two parts of the spectrum.. This is the “Redoubt” as noted by “Survival Blog” on the conservative side and the “Nuevo California/Oregon/Washington” to the Left.. a better place to live especially with just a “few” touches of progressivism for which the Redoubters need to extinguish.

I have friends who took their family and business to Idaho when it became clear that Marxist Oregon was a done deal. My family shall remain in northwest Oregon, since we prepared for the takeover years ago and are literally immune, physically and financially. My greatest joy is to remain a visible and vocal thorn in the side of the lefties, here.

My sis works for a large grocery chain. She made the move from San Francisco to Boise a few years ago.

Quite a culture shock for sis, going from SF to there, but way more affordable. And one doesn’t need to hide their political leanings.

The county in which we live is registered 2 or 3 to one democrat over republican and voted for President Trump 52% to 47%…..wahoo! MAGA!

I’m living in my own Private Idaho.

South Bend, IN? Famous for fishing gear and a notorious Mayor who joins the former Newark, NJ Mayor/Junior Senator in favor of licensing all firearms owners in the country.

I think Boise is a fabulous city, and my wife and I have contemplated moving there from Deep Blue Western Oregon more than once.

However, thanks to all that influx, most likely from you-know-where:

“In the Idaho Legislature, Ada County is split between nine districts, the most of any county.[23] In the state house, Republicans hold ten seats and Democrats hold eight. In the state senate, Republicans hold five seats and Democrats hold four. Generally, Democratic strength is concentrated in Boise itself, while Republican strength is concentrated in the western suburbs.[24]” — Wikipedia

Yep. I have a friend who lives there. They have terrible inversion layers. It will be Portand shortly.

I sure wish Texas would do some of this. We’re a good state, but could do with a good purge of regulations.

You’d do better to purge yourselves of Democrats, Socialists, Communists, etc. and the regulations will evaporate.