Gibson’s Bakery v. Oberlin College trial motions – What’s a reputation worth, and how do you prove it?

Gibson’s Bakery v. Oberlin College trial motions – What’s a reputation worth, and how do you prove it?

Court reserves decision as to whether Gibson’s Bakery can call an expert on brand damage repair costs. 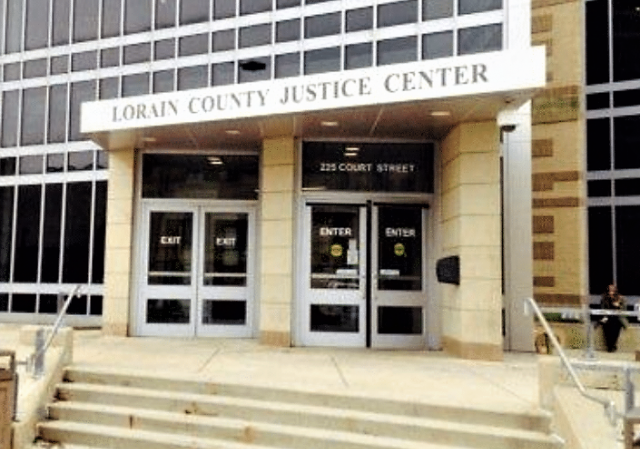 With the first week of Legal Insurrection’s coverage of the famed “liberal arts humanitarianism and defamation lawsuit” trial ending, word now is that jury selection has been pushed back even further.

Given that Lorain County court Judge John R. Miraldi also handles drug courts on Monday and Tuesday mornings, and given that Judge Miraldi has a few more evidentiary rulings to ponder, jury selection will now begin on Wednesday morning, May 8.

Oberlin College and the Gibson’s Bros. don’t seem any closer to settlement than at any other time in the past 18 months since the case was filed. But it is quite apparent after today’s hearing, that the price of what it entails to remediate one’s reputation as an accused “racial profiling” business in a college “town and gown” economy is pretty pricey. Even if you are selling cookies and 12-packs of beer and renting a few apartments out.

According to a media expert that the Gibson Bros. bakery and convenience store wants to testify at the trial, it will cost them about $13.5 million of public relations and crisis communications to repair their reputation they claim Oberlin College damaged.

For background, this is what is being debated. On Nov. 9, 2016, a day after the presidential elections, an Oberlin College student was arrested for shoplifting at Gibson’s and scuffling with an employee outside. Two other students joined the scuffle. A protest by students ensued after that, with the protesters chanting Gibson’s is “racist” for going after the shoplifter.

Gibson’s is claiming the school libeled and defamed their reputation and money earning in the community. We covered a lot of this in more detail in a case preview on April 29, Previewing Gibson’s Bakery v. Oberlin College trial: ‘Social Justice’ free speech or defamation?

Today, the Oberlin College lawyers filed a motion to prevent media/advertising expert, Dick Maggiore, to testify at the trial. Maggiore is president and CEO of Innis Maggiore, a Canton OH based ad agency/crisis management firm that has big clients: Goodyear Tire and Rubber, Purell Hand Sanitizing, some Ohio hospitals in Northeast Ohio, and Republic Steel.

The reason the college’s attorneys don’t want Maggiore’s 14-page report to be admitted is that they don’t think he bases his estimates of “damaged brand” repair on enough methodology. Maggiore answered this claim that his report was too much guesswork and not enough expertise by giving out his background: 40 years as head of his award-winning ad agency, regular gigs as college professor at University of Akron and Walsh University, and occasional lectures at Kent State University.

The judge seems to be leaning toward allowing the report to be admitted and Maggiore to testify, and allow Oberlin College to knock down credibility with cross-examination. But Judge Miraldi will not rule on this until next week.

Maggiore’s report says it will take six months of to “defend” the Gibson’s name, two years to “repair,” and another four years of “recovery.” The Oberlin College attorney expressed skepticism that it would take more than six years and $13.5 million of “brand mending” to fix a business that had had about $1 million of annual sales prior to the November 2106 protest.

Maggiore didn’t mince words on this subject in his recent op-ed in the Canton Repository: “Brand categories great for selling, lousy for unifying our world.”

The principle of brand product categories can help us understand identity group politics and how they divide us.

Without even being aware of it, we might be wired physically and psychologically to avoid all the extra “thinking” when we can just put people on category ladders in our minds and make assumptions about their beliefs and behaviors by their group membership.

We also have a long list of political ideologies, from the far alt-left to the far alt-right and scores in between, pitting us against each other in perpetuating the us-versus-them narrative.

The us-versus-them narrative obviously includes the old adage, “you break it, you buy it.” But how, these day, is tough to figure out.

Conversations at Oberlin College over the past few days by this reporter show that many students think Gibson’s Bakery on the town square is a racist business and they don’t shop there because of that.

But when asked what racism they are talking about, none of the current students could name anything besides vague references to the protests by students in 2016. Most didn’t even know what the protests was about specifically, aside from the fact that the cookie maker and beer seller was guilty of “racial profiling” students.

Or maybe it will be more along the lines of, “you broke it, you pay to fix it.” This trial is expected to last until the end of May.

WAJ Note: We will have end-of-day wrap ups every day,and weekly wrap-ups on weekends. Of course, we will report on the verdict. The trial is expected to take one month. This trial coverage is a project of the Legal Insurrection Foundation. Your support to make this type of coverage possible is appreciated.

Willful ignorance by pathetic excuses for “kolitch” students, when the whole town knows that yet another racial hoax has been perpetrated on an innocent victim. These comments from those who should know better prove Gibson’s claims. I hope Daniel’s conversations were recorded and communicated to Gibson’s attorneys.

All you have to do is look at Trump Derangement Syndrome to get a perspective on why Gibson’s brand is broken.

I take it that Gibson’s argument is the school in order to appease its students, it appears, allowed it to be called racist and that reputation has persisted even with evidence to the contrary.

Sounds like how the Democrats are receiving the Mueller report. Truth has no place in the fiction of the leftest mind.

In order to receive damages you have to prove harm. I will bet a dollar that before this trial is through, the University’s lawyers will be arguing that because there was an influx of Conservative Supporters who showed up to purchase goods to make up for the Progressive boycott – the Store was not injured.

Conversations at Oberlin College over the past few days by this reporter show that many students think Gibson’s Bakery on the town square is a racist business and they don’t shop there because of that.

But when asked what racism they are talking about, none of the current students could name anything besides vague references to the protests by students in 2016. Most didn’t even know what the protests was about specifically, aside from the fact that the cookie maker and beer seller was guilty of “racial profiling” students.

Unfortunately this helps Oberlin and hurts Gibson. If students are unaware of any specific allegations against Gibson’s, but only of a general opinion that it is a racist business, then it’s hard to convince a jury that this sentiment is the result of Oberlin having made specific factual allegations against Gibson’s. Oberlin can afford to stipulate that the students have this negative view of Gibson’s because it told them so, and still win because a mere statement that “Gibson’s is racist”, without specific factual allegations to back it up, is mere opinion and not defamation.

You are so hosed up, Milhouse. I have never read anything as screwed up as what you wrote. What Oberlin told their students was defamation precisely because there is no factual basis for the accusation.

Arminius, this is basic, black-letter law. Opinions cannot be defamation. Only factual allegations can be. Sometimes opinions can expressed in a way that falsely implies there must be facts behind them, and then the victim can sue for those implied allegations. But a naked opinion is absolutely protected speech.

Some examples:
“Arminius is a terrible person”. Pure opinion, and therefore you cannot sue me.

“Arminius is a murderer”. That’s an opinion too, but an ordinary person would suppose that I would never say such a thing if I didn’t have facts to back it up. I must surely know of some people you’ve killed. Therefore you can sue me for that implication.

“Arminius is a murderer. He ran over my cat and didn’t even say sorry.” Since I have given the basis for my accusation, there is no implication of further facts, such as actual murders, and therefore you can’t sue me. Unless you didn’t in fact run over my cat, and were damaged by cat-lovers who believed me.

“Racist” is so general a term, especially nowadays, that expressing the opinion that someone is racist does not imply knowledge of specific facts that would justify such an opinion.

Let’s clear up one of your misconceptions. The statement “Gibson’s is racist” is not mere opinion. Someone is either a racist or they are not. The objective truth of the statement is at issue here and whether Oberlin acted negligently in allow this statement or similar statements to be communicated.

You are wrong. Whether someone is racist is not a question of objective fact. There is no objective test for racism; it’s always a matter of opinion. And opinions cannot be defamatory. This is not a close question. You will not find one source on defamation law that disagrees with me.

To be defamatory in Ohio the statement has to be false. Someone is either a racist or they are not. As is often the case in law the test of the truth or falsity of a “fact” is up to a jury not a Milhouse.

“Oberlin can afford to stipulate that the students have this negative view of Gibson’s because it told them so, and still win because a mere statement that “Gibson’s is racist”, without specific factual allegations to back it up, is mere opinion and not defamation.”

h3ll f***ing lo. Hello. If there were a factual basis behind the allegation that would provide Oberlin with a positive defense. Called, by normal people, the truth.

Only factual allegations can be defamatory, if they are false.

Apparently Gibson’s Bakery is racist for the same reason I’m racist. I don’t like thieves.

“The Oberlin College attorney expressed skepticism that it would take more than six years and $13.5 million of “brand mending” to fix a business that had had about $1 million of annual sales prior to the November 2106 protest.”

The real legal case here is the left with their perverted idea of justice being put on trial in a high visibility case. Should the college and the Left lose here, coupled with the increasing numbers of male students who were railroaded out of college for alleged sexual misconduct where their basic civil/legal rights were ignored, then a message is going to be sent that the country is tired if being held hostage to the Left with their constant violation of the law to further their agenda. Antifa, Black Lives matter, and others should and hopefully will take this as a warning that their behavior is no longer going to be tolerated.

….and if Oberlin wins?
Yikes.