Rowan Dean: “You pander to online left-wing activism, and you lose” 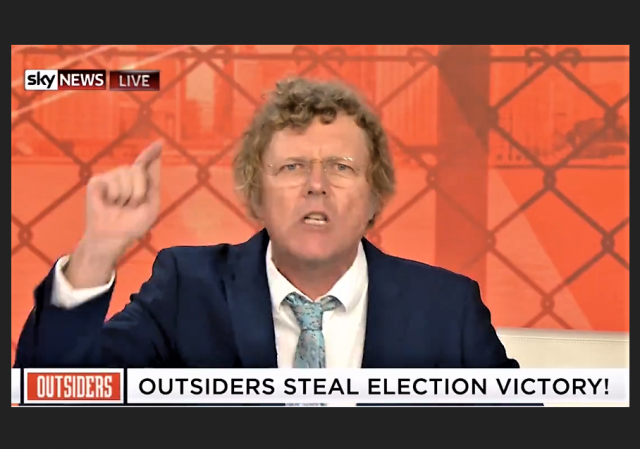 Conservatives in Australia scored a surprise upset victory, in an election liberals supposedly could not lose.

We covered the result Saturday night, including the liberal meltdowns which approached those seen in the U.S. on election night 2016, Australia: Conservatives score surprise upset victory as voters reject Labor climate change and income inequality agenda and Liberals Up the Hyperbole as Conservatives Win in Australia’s Election.

Australian political commenter Rowan Dean went on a rant that could be the theme song for Trump and Republicans in 2020. Sit back and enjoy.

This was the socialism versus capitalism election. And socialism lost.

Take note, you miserable toadies in the business world who sneer at people because of their religious beliefs, their love of Australia, their traditional family and conservative values.

The best summary of the election result I have heard by far.

Amazingly accurate and will give you hope.

Somewhat heartening that the prog borg lost. But really dismal when you realize how close it was, especially when you consider how many mindless twats are coming up out of the public school system.

consider that the Left internationally put everything they had into engineering this election for the last 6 years. They even had one of the UN commissioners taking sides and campaigning against the Coalition on account of they were gonna destroy the earth. Australia was the test case for the Climate Change agenda EVERYWHERE – and they LOST!!!!

Yeah, but the commies are playing the LONG game. Do you spend much time talking to high school or college students? They are being thoroughly brainwashed with this shit. High school students don’t even learn “science” any more… they learn “climate science.”

???
Every one of the stories since 70% vote count has not updated who won what.

I know – i had to look every where to find a reference that first said that (needing 76 seats to form a majority government) at first, the Coalition was expected to get 72, and then it became 75, and now it looks like they won 78 seats – a magnificent victory!

It had to be Putin. They could never believe Lenin, Stalin or Mao would ever do such a thing.

A busy, busy man it would seem with the whole of the world’s elections to run.

The guy reminds me of Breitbart.

“Outsiders steal election victory.”
If by “outsiders” you mean the opposition, then yes.

Sanity prevails down under. Bravo!

Unfortunately the climate change cult did not come out a loser.

First of all, ScoMo did have to pander at least somewhat to the cult, merely arguing for keeping the sacrifices to a somewhat affordable level, rather than the suicidal level the ALP and Greens were pushing. And the reason he had to do so was mostly because of the wets in his own party room, the Turnbullites who didn’t spit the dummy and leave with their Great Leader.

Second, Tony Abbott, the great PM who refused to bend his knee to the cult at all, the only one who dared to call the hoax by its name, lost his heretofore very safe seat in something of a landslide. That was a major victory for the cult.

Third, the cultists have turned what used to be the crown jewels of the Liberal Party, seats like Kooyong, Higgins, Wentworth, etc., into marginal seats that must be fought for tooth and nail every election.

Wow, that was a fantastic summary of the Aussie election. That tweet should have included a pacifier for all the NPCs that cried on election night.