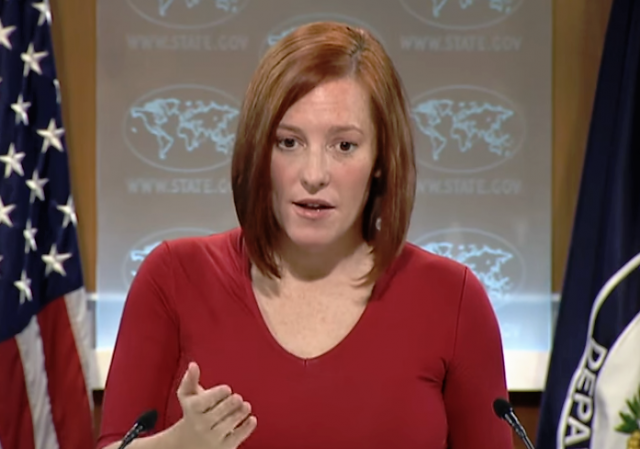 Elizabeth Warren has been tearing into Joe Biden since Biden announced he’s running for president.

Warren, whose polling and fundraising is underwhelming, clearly is not happy that Biden beat everyone, even Bernie and Beto, in his first 24 hour haul of $6.3 million. That’s more than Warren raised the entire 1st Quarter of 2019.

Warren responded with a mass email portraying Biden as beholden to special interests:

How did Joe Biden raise so much money in one day? Well, it helps that he hosted a swanky private fundraiser for wealthy donors at the home of the guy who runs Comcast’s lobbying shop. 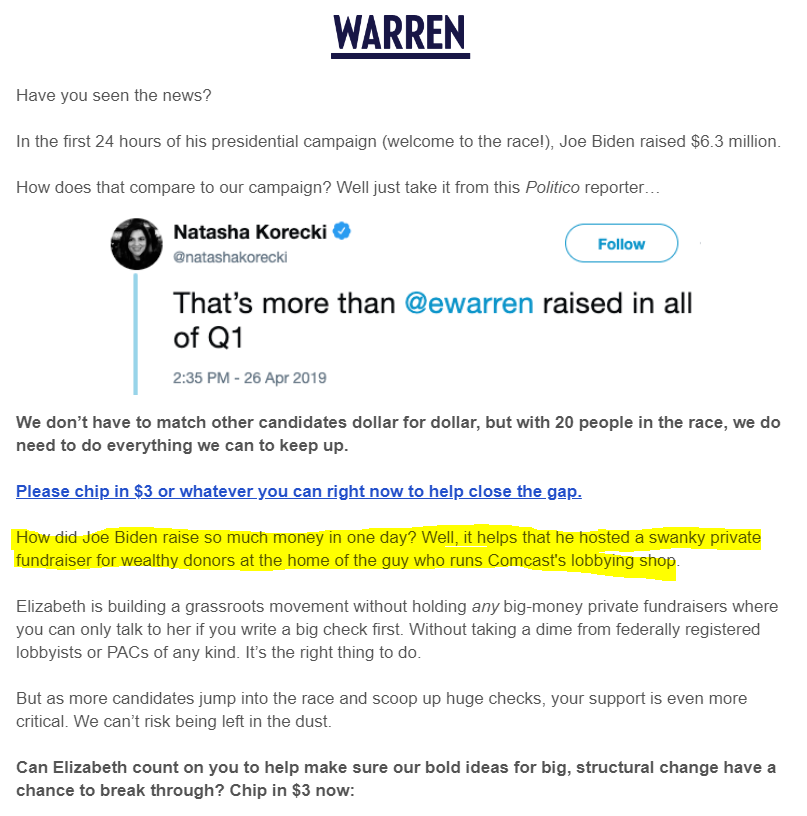 Warren also blamed Biden for taking the side of credit card companies when she was fighting for consumers:

“At a time when the biggest financial institutions in this country were trying to put the squeeze on millions of hardworking families… I got in that fight because they just didn’t have anyone and Joe Biden is on the side of the credit card companies.”

Sen. Elizabeth Warren: "At a time when the biggest financial institutions in this country were trying to put the squeeze on millions of hardworking families… I got in that fight because they just didn't have anyone and Joe Biden is on the side of the credit card companies." pic.twitter.com/5bbgxWQdKC

That’s a feud between Warren and Biden that goes back years, and he obviously differs with her account of it:

While Biden has expressed remorse for other aspects of his record in the Senate, including the way he handled Anita Hill’s accusations against Clarence Thomas during the Supreme Court confirmation hearings of 1991 and his vote for the crime bill in 1994, he has defended his push to pass the bankruptcy bill. Biden, “knowing that the bill was likely to make it through the Republican-led Congress, worked to moderate the bankruptcy bill and protect middle class families,” Bill Russo, a Biden spokesman, said in a statement to POLITICO. “He believed that if you have income and consumer debts you can pay, you should agree to a repayment plan that you can afford.”

Warren’s sniping at Biden has not sat well with Jen Psaki, Obama’s former White House Communications Director. It’s unclear whether Psaki is officially helping Biden, but she has defended Biden in the media as to his touching problem:

Jen Psaki, a CNN commentator and former Obama White House staffer, said Biden would hold her hands and probably kissed her on the head, and she was never offended.

Psaki also assures us that Joe is not too old for the job.

In response to Warren’s attacks on Biden, Psaki tweeted that Warren owed her political career to Obama and Biden

Psaki was heavily “ratioed” by Warren supporters on that tweet, but continued to defend her criticism that Warren was ungrateful: 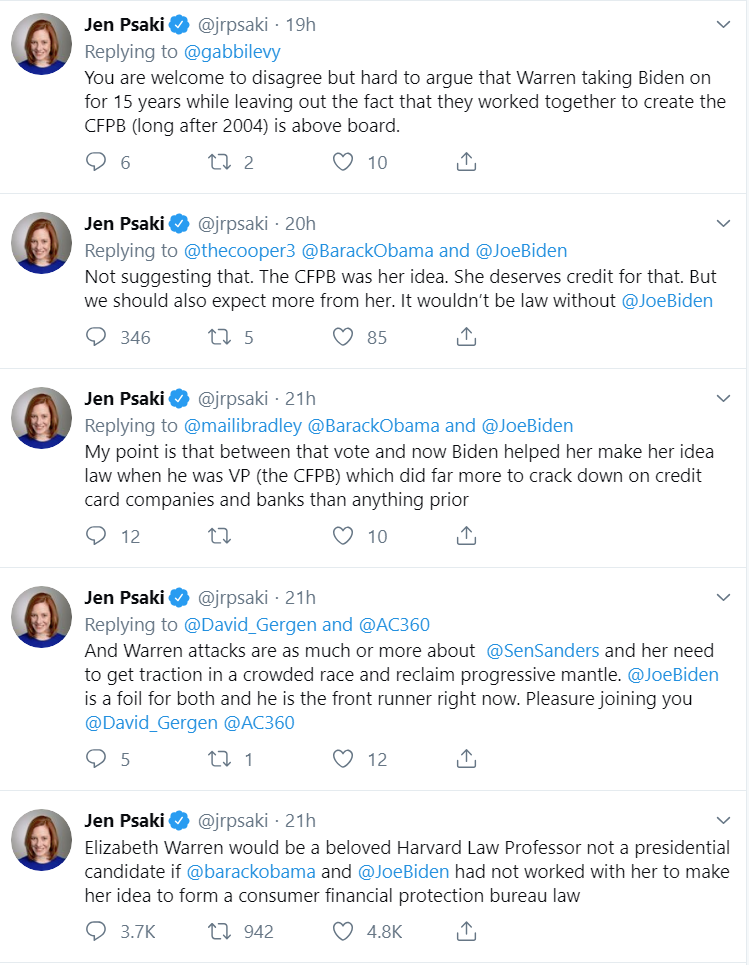 Warren has to attack the frontrunners. She needs attention desperately.

You mean, “she didn’t build her career?”

I suspect Sen. Liz “Pocahontas” Warren’s presidential campaign is going up in smoke – sending out smoke signals – it’s over. She should go back to teaching at Harvard. I’ve read she was good at it. (Oh, wait. She’s a senator from Massachusetts, I guess.)

I would like to point out that WAY too many people are impressed with fundraising.

Let’s remember. Jeb! raised and spent $150 million to do NOTHING.

Pocahontas is NOT going to be President, fundraising aside

But, of course, that is Jeb’s purpose and achievement in life, Nothing.

Jen Psaki, Obama shill, is to be believed about anything? No!

Jen Psaki is the half-wit who asserted that if only jihadis had jobs they would be nice guys.

The “DENSE” is thick with this one!

Or Ethel and Lucy.

What do you have against Ethel and Lucy?

Psaki is always such a delightful treat.

Beto will be president before Fauxcahontas, IMHO.

So, her claim to fame, per Psaki, is the consumer financial protection bureau. That unaccountable agency, seemly operating in it’s own, self financed bubble, shaving it’s budget from banks. That agency is what you want to run on? A grossly unconstitutional creature, designed to by the unconstrained progressive attack dog of the financial world, to punish political enemies?

Put a stake in it’s heart, today. And cite it as grounds for disbarment from federal service for all involved, Warren, Biden, etal.

AND whom gets paid back for all the SCREW ups these two have cost the taxpayers? That is along with all the other SO-CALLED officials?? CUT THE GOVERNMENT TIT OFF!

While it’s certainly a treat to see Democrats clawing at each other, they typically join forces before the main event, the general election. Republicans have difficulty doing so and squander their natural advantages.