Devastating blow to progressives, a harbinger of 2020? 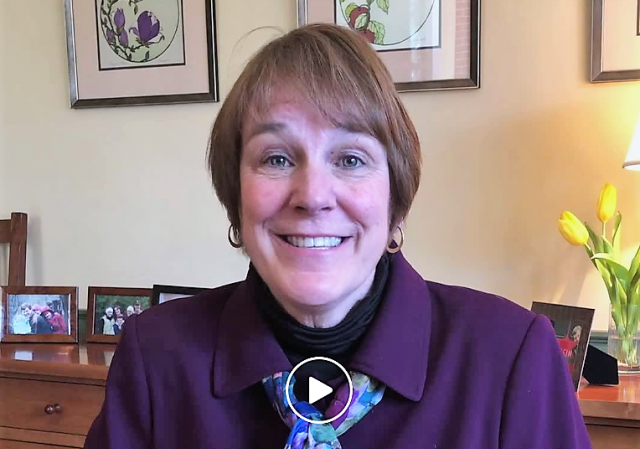 A conservative victory in Wisconsin now is a done deal in the election to replace retiring uber-liberal Justice Shirley Abrahamson.

There will be no recount, not that it would have made a difference since recounts rarely change more than a couple of hundred votes. Here, Hagedorn won by almost 6000 votes.

State Appeals Court Judge Lisa Neubauer on Wednesday conceded the race for a seat on the Wisconsin Supreme Court to her colleague Brian Hagedorn.

The concession comes more than a week after an election during which Neubauer trailed Hagedorn by about 6,000 votes and concludes a bitter competition for the 10-year term.

“I love being a judge. I treasure our state, our judiciary and its role in our democracy but this race was never about me. It was really about the integrity and the independence of our courts,” Neubauer said in an interview Tuesday with the Milwaukee Journal Sentinel. “We knew it was going to be close. We laid it all out there. We put everything we had into this race.”

This is a devastating turnaround, since as AP reported in early February, Liberals eye 2020 takeover of Wisconsin Supreme Court:

Wisconsin liberals hope to take a key step this spring toward breaking a long conservative stranglehold on the state’s Supreme Court, in an election that could also serve as a barometer of the political mood in a key presidential swing state.

If the liberal-backed candidate wins the April 2 state Supreme Court race, liberals would be in prime position to take over the court when the next seat comes up in 2020 — during a presidential primary when Democrats expect to benefit from strong turnout.

The bitterly partisan court, which conservatives have controlled since 2008, has upheld several polarizing Republican-backed laws, none more so than former GOP Gov. Scott Walker’s law that essentially eliminated collective bargaining for public workers.

If liberals can win in April and again in 2020, they would have the majority until at least 2025.

Liberals are worried this might mean Trump will win again in Wisconsin in 2020. The NY Times laments:

With their recent selection of Milwaukee for their party’s 2020 convention, Democrats left little doubt that they believe their path to the White House runs through the Midwest in general and Wisconsin in particular.

Their optimism spiked in November, when Democrats defeated Scott Walker, the state’s two-term conservative governor. And they were energized and optimistic again this week for an intensely politicized State Supreme Court election they hoped would show Wisconsin trending steadily blue.

I don’t know what this means for 2020, but if the Supreme Court election reflects a fired-up conservative Wisconsin base, the type that delivered victories for Scott Walker, then Democrats should be very worried.

Ghostrider in reply to notamemberofanyorganizedpolicital. | April 10, 2019 at 9:21 pm

It’s also huge for Wisconsin too. So many shenanigans legally like prosecutorial misconduct and questionable lower court decisions that needed to be overturned mean that holding the Supreme Court is critical.

Other states like NJ and PA that have lost the Supreme Court to Dems have seen hugely negative consequences and erosion of proper law.

This things go way way beyond a simple victory and are so critical to keeping the barbarians from breaching the gates and tearing down rule of law that is the foundation of Western civilization and our country.

notamemberofanyorganizedpolicital in reply to PrincetonAl. | April 10, 2019 at 4:12 pm

We need more Real Judges in all the states.

danvillemom in reply to notamemberofanyorganizedpolicital. | April 11, 2019 at 9:10 am

I filled out the paperwork to be removed from the voter rolls in CA but my absentee ballot still showed up.

The largest judicial issue in Wisconsin that was at stake was probably court-ordered redistricting, such as the one ordered by Pennsylvania’s Supreme Court in 2018.

2020 will be a massacre of the leftist KuKu Party.

they thought they had it in the bag, so they didn’t ramp up the cheating machine.

Can we have a round of applause here for the class that Judge Neubauer has shown in defeat? I doubt that I’d agree with a good deal of her jurisprudence, but she sure looks like a class act to me.

Neubauer’s utterly classless campaign hammered Hagedorn as being unfit by virtue of being a strict practicing Christian. Neubauer’s newfound grace probably has more to do with her current seat being up for reelection in the near future… and she lost to Hagedorn in every district her seat covers.

At least she conceded defeat. The cow in Georgia still claims she is the legitimate governor.

Victorious but still deluded by being involved in “our Democracy”.

We’re suppose to have and be fighting for our constitutional republic.