The special will also be hosted by progressive darling Jimmy Kimmel. 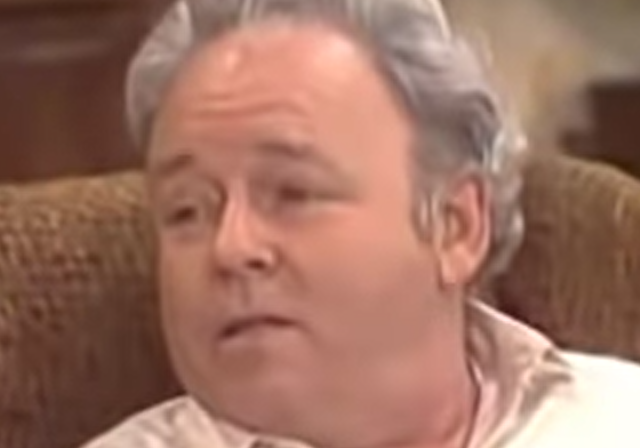 On May 22 at 8 PM ET, ABC will air a live show called Live In Front Of A Studio Audience: Norman Lear’s ‘All In The Family’ and ‘The Jeffersons’ to honor television producer Norman Lear.

As reported by Deadline:

“Woody Harrelson will play Archie Bunker, with Marisa Tomei as wife Edith in the recreation of All In The Family. Jamie Foxx and Wanda Sykes take the roles of George and Louise Jefferson in the All in the Family spinoff, The Jeffersons.”

The special will also be hosted by progressive darling Jimmy Kimmel.

In 2019, an All in the Family special stinks a mile away. The show as famous in its day for its a portrayal of a conservative father figure as a stodgy, ignorant bigot to the point where the term “Archie Bunker” is used as an insult.

The now 96-year-old television writer Norman Lear is a famous progressive activist who founded the leftist organization People for the American Way. His work has always carried an overt leftist slant.

Bringing back a show with this central narrative dynamic reeks of modern knee-jerk progressive activism. One can probably assume this will be the anti-Roseanne wherein Archie Bunker’s ignorant beliefs will likely be meant to reflect the left’s modern prejudices about the American right.

If comments from ABC Entertainment’s President Karey Burke mean anything it seems this would likely be the mission of the show, as she’s stated that the two series the special will be rebooting are “as culturally relevant today as they’ve ever been.”

As Deadline describes the original show:

“All in the Family shaped political and social conversations in American homes in the post-civil rights era. From 1971 through 1979, the series about conservative working class Archie Bunker, his liberal son-in-law and daughter, and his wife Edith tackled such hot-button topics as women’s rights, racism, and homosexuality.”

We won’t know for sure if this turns out to be the case until next month but it’s fair to say that following the Roseanne debacle, were in the lead actress promoted Trump and subsequently dropped a racial slur on Twitter that resulted in her show being canceled, ABC is likely willing to virtue signal to the far-left for attention.

ABC… ABC… Oh, yeah! That was one of those so-called “television networks” back in the late 20th/early 21st centuries, wasn’t it?

notamemberofanyorganizedpolicital in reply to Rusty Bill. | April 23, 2019 at 1:43 pm

Has there been anything worth watching on ABC in the last decade? Can’t say as I’ve not tuned in since they slobbered all over Obama in 2007…

Here is a ray of hope on this. Depends on the writing of course. The original archie bunker was a left wing attempt to make fun of republican ideas and conservatives and cause people not to like republicans or their ideas. However, there is some evidence to support the idea that Archie Bunker backfired on its original purpose. People saw Archie and laughed but many of his ideas resonated in the backs of peoples’ minds as making plain sense and better than the liberal crap pushed by meathead. Archie Bunker may have paved the way for Reagan among working class white democrats.

The liberals behind this might just do it to themselves AGAIN.

I agree with your analysis of the original. Archie Bunker was the Al Bundy of his day – meant to be satirized but you end up liking him as he was more humanized than the writers intend saying the things no one else will say. It helped that he was working class guy who brought home the paycheck while Meathead was loafing about.

I am skeptical they would make that mistake again, plus today’s progressives really have no sense of humor nor do they care about ratings.

What struck me with the show was that Meathead was such a leech off Archie, zero respect for the person who was putting food on the table and keeping the roof over their heads while he went to school. Another interesting point, many of the things Archie said, while obviously worded poorly – on purpose of course – was that they weren’t always wrong. And despite his flaws, he put up with the crap sandwich that was his son-in-law because he loved his family. I also recall the big to-do over his chair, and how Michael always looked to sit in it despite, or rather in spite of that being Archie’s chair. Meathead sure had a huge appetite for food he didn’t pay for, and acted as if he was entitled to it. He wasn’t a sympathetic figure, arrogant, opinionated, and just like today, you can’t really talk to him without his narcissistic tendencies to show.

I just cannot stand Kimmel or his ilk. I’ve tried watching him as I just wanted a little bit of laughs when I couldn’t fall asleep, and had to turn it off within minutes. I think Hillary would be funnier to watch than he is.

So this sounds like a loser. I doubt it will contain any of the warmth the original had, most likely by accident.

Another stereotype from a TV show that I think backfired to an extent is Ron Swanson from Parks and Rec. My teenagers love him and one even has a Swanson Pyramid of Greatness poster up in his room.

I’m gonna give this one a hard pass.

Can’t wait to not see it.

Jamie Fox is in a relationship with Katie Holmes, a White woman

But he espouses anti White crap all the time

Woody is as left winged as you can get

So probably going to take a pass, as will most people would be my guess

Woody is a sh1t-tier actor.

In contrast, Kimmel would be perfect as the one-dimensional “Meathead”.

Just another failed show waiting to be cancelled.

Next up: a re-make of Blazing Saddles.

1) It needs to get record low ratings.
2) Any sponsor needs to face financial loss/boycott for sponsoring it.

Cuz that overtly leftist reboot of Murphy Brown worked out so well?

Does anyone even watch network TV anymore? I don’t know anyone who actually carries TV channels with their internet package.

When Disney launches streaming next fall, we’re taking a break from Netflix…and hopefully won’t return. I’d love some channel to get family friendly content. I’m rather sick of our kid getting bombarded with pot ads on youtube.

As the years pass, the video technology gets better but the content grows worse.

Dumped cable (maybe that should be spelled cabal?) television almost ten years ago.
All you need can be found on the net, mostly without commercials or liberal network bias.

Andy, I hope your move to Disney streaming works out for you, but it wouldn’t for me.

Disney is getting more “woke” all the time; soon they’ll have gay children’s characters in their tween show Andi Mack, and they’ve already ruined the Star Wars franchise by injecting so much PC & SJW stuff into it.

If I were you, I’d keep a close watch on the programming.

It didn’t help that Candice Bergen looked 85, which she might actually be by now.

Norman Lear tried this about 25 years ago, and it was a train wreck. I think it lasted 2-3 weeks.

I wish them well, but I will not be viewing. The original was bad enough.

I don’t wish them well and will not be watching.

This was a very strange show ‘way back when, but a reprise seems incomprehensible.

Ultra-lib Lear obviously intended the obsolescent dinosaur Archie Bunker to be a punching-bag, but bungled it by casting Carroll O’Connor in the lead. O’Connor was himself a Hollywood liberal, but he was also an actor who invariably kept faith with his characters, whether military officers, hard-boiled detectives, gunslingers, Martians (really—Outer Limits, Jan 1964), or ageing working-class men trapped in worlds they don’t fully understand and don’t really like. He made Archie old-fashioned, stubborn, unimaginative, straightforward, honest, and . . . worst of all . . . likeable.

Perhaps they’re hoping to rectify that error this time around, and make it clear that old conservatives have no redeeming features whatever. Maybe they’ll have him beat his wife and abuse his daughter. That’d be oh-so-2019, wouldn’t it?

The show as famous in its day for its a portrayal of a conservative father figure as a stodgy, ignorant bigot to the point where the term “Archie Bunker” is used as an insult.

Except that it didn’t do that at all. On the contrary, Archie shines through his flaws as the star of the show, the one with common sense, common decency, and compassion. He talks like the working stiff he is, without any fancy edumacation, and yet he always sees and does the right thing. He talks the way people like Meathead think bigots do, but his actions clearly demonstrate that he isn’t one.

If Lear didn’t intend that effect then one would have to conclude that he was extraordinarily incompetent at his craft to have produced it by accident, consistently, for many years. He must have intended it. Maybe not at first, and I don’t know whether it was originally his idea or Carroll O’Connor’s, but if it was O’Connor’s idea he must have agreed with it and adopted it, because otherwise it wouldn’t have worked.

If they have Michael Moore play Meathead, I’m all in!

Rob Reiner is still alive. And still a meathead. And probably available.

Other than sports and presidential debates I have not watched any of the major networks (ABC, CBS, NBC or Fox) in 10+ years. Why break my string?

It just occurred to me that the key to the whole thing is the distinction between prejudice and bigotry. Archie Bunker is prejudiced to the core, but he’s not at all bigoted. The worst that can happen with prejudice is that you’ll be mistaken and embarrass yourself. No matter how prejudiced you are you can be a decent person, and treat people decently no matter what (possibly) mistaken assumptions you make about them. Bigotry, on the other hand, is incompatible with decency. One of the major flaws of the left is that they’ve deliberately confused the two.

The real Donald Trump hails from the same Queens, NY as the fictional Archie Bunker. Thus, I see this as an attempt to paint Trump and his following as ignorant racists. Whatever nuance Carroll O’Connor (who largely grew up in Queens) brought to his portrayal of Bunker is probably lost on today’s Left.

Hopefully, they’ll do an episode like the Season 6, Episode 19 episode, entitled “Mike’s Move”; it features Mike, the leftist supporting Quota Hires, losing out on a job opportunity to his BLACK colleague.

I STILL laugh about the look at Mike’s fat WHITE face, when his boss told him the “good news”!

And they didn’t cast AOC as the waitress in the bar? It wouldn’t even require acting skills.