“two counts of felony assault, one count of committing a verbal threat and a misdemeanor vandalism charge” 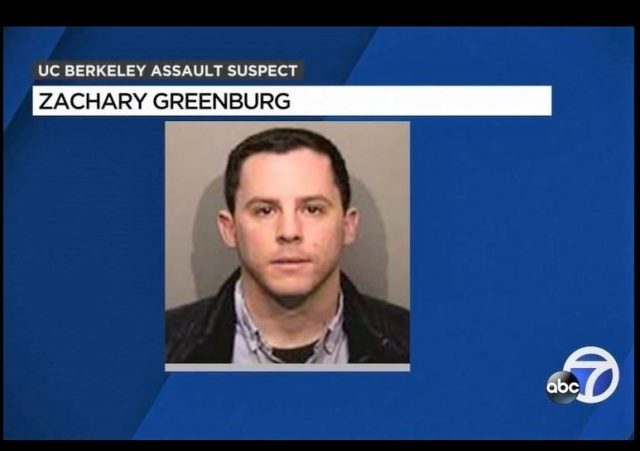 It’ll be fascinating to see if there are any significant consequences in this case. It looks like the authorities are taking it seriously.

The suspect in a brutal attack on a conservative activist on the University of California, Berkeley campus last month has been charged with two counts of felony assault, prosecutors announced Tuesday.

Greenberg was identified as one of two men who confronted a conservative activist who had set up a table in Sproul Plaza. Hayden Williams, volunteer with conservative group Turning Points USA was displaying signs that read, “Hate Crimes Hoaxes Hurt Real Victims” – a reference to the Jussie Smollett case – and another saying “This is MAGA Country.”

UC police said when tje two men approached him, an argument started and a physical confrontation ensued when one of the two men slapped the phone out of the victim’s hand.

Police said the suspect, later identified as Greenberg, then knocked over the table Williams was at and the two men struggled over the phone.

The suspect was seen on video landing two punches on Williams – one a glancing blow and another much harder directly on his face, causing injuries to his nose and left eye.

I suspect he’ll get a suspended sentence if he doesn’t have a record. Too bad; he should get to feel the effects of his TDS rampage. He really needs his a$$ whooped.

This is just the opening, made for the press. I have no doubt once the press coverage dies down a sweetheart misdemeanor deal with no jail time will be offered and accepted, just like the bike lock attacker got.

Are any dems making this thug into a victim yet? Too bad for them he is a white male.