Gosnell: A Courtroom Drama That Reflects the Current Abortion Debate

Gosnell: A Courtroom Drama That Reflects the Current Abortion Debate

There’s an immensely dark story buried in this film about how defending ideological principles at all cost can make room in society for evil monsters to lurk at the edges without fear of retribution. 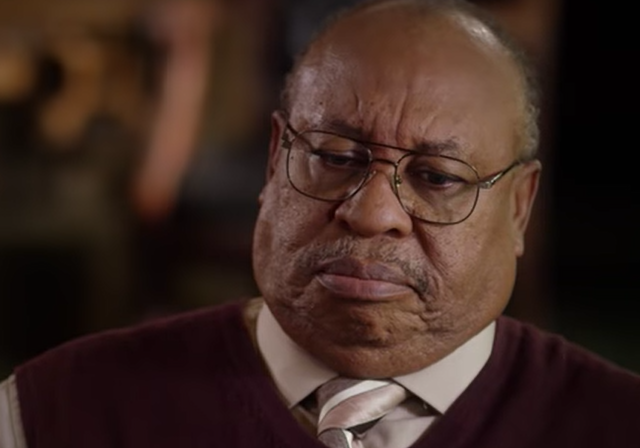 October brought us the premiere of a highly publicized courtroom drama about the trial of America’s most prolific serial killer. Based on a book Gosnell: The Trial of America’s Biggest Serial Killer by conservative filmmakers Ann McElhinney and Phelim McAleer, scripted by Andrew Klavan, directed by Nick Searcy and starred by Alfonso Rachel and Dean Cain, the movie was popular among conservative movie fans who wanted to support filmmakers on their side.

The story follows the real-life trial of Kermit Gosnell, a Philadelphia back-alley abortion doctor who performed late-term abortions in unsanitary conditions with untrained staff.  Several people died due to his improper and grotesque procedures.

He was sentenced to life in prison in 2013 after being charged with first-degree murder for the death of three infants and involuntary manslaughter for the death of a patient.  The film’s contentious topic resulted in the actual release of the film being delayed by two years despite being finished in 2016. Independent filmmaking is always difficult but the fatwah against this movie made getting distribution nearly impossible.

Searcy had difficulty with the film during production. Hollywood doesn’t flock to films with overtly conservative leanings. The prejudice working against him and the film was so severe, many feared being associated with the movie would cost them their careers.

This might sound careless but actually seeing the photo is hugely important as it puts on display the gravity of Kermit Gosnell’s crimes. The photo is so important to the story that it’s alluded to in the film’s prologue. Obviously, this would skew the film away from family viewing material and nobody wants to see something like that. Given the subject matter and its decided need to impress upon the audience the seriousness of the crime, it’s a mistake.

Beyond that basic problem, there’s an issue with the story’s focus. There are a number of themes the story explores from the conspiracy of silence the media enacted refusing the cover the story to the legal technicalities around abortion that allowed Gosnell to get away with his crimes for decades.

There’s an immensely dark story buried in this film about how defending ideological principles at all cost can make room in society for evil monsters to lurk at the edges without fear of retribution but it was lost in a story that seemed obsessed with depicting the events as literally as possible. The movie needed to hone in on its themes more specifically. Part of the problem, of course, comes down to the severe restrictions conservative filmmakers under in general. This isn’t a movie that anyone involved in the production could afford to make mistakes on. In remaining a very literal adaptation of the events, the story maintains credibility but loses dramatic clarity.

The movie does have some notable bright spots. Namely Dean Cain and Alfonso Rachel. Cain is an established actor with credits working on shows like Lois and Clark but Alfonso Rachel manages to match his intensity and charisma despite lacking his experience. The MVP of the film ends up being Earl Billings’s quietly intense performance as Gosnell, a man with a kindly image whose life is surrounded by corruption and decay. Billings balances the facade with Gosnell’s unsettling and horrific practice. These three excellent performances drive many of the film’s best moments and emotions. 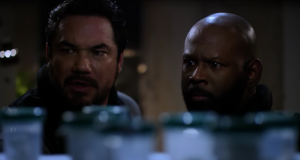 While I hadn’t initially taken the movie as seriously as some other conservatives, my opinions changed as America was inundated with its most radical proposals from the pro-choice camp that it has seen in years this year. New York Governor Cuomo proposed the Reproductive Health Act which would effectively eliminate the limitation on abortions after 24 weeks. The bill was received to an audience of loud cheers in what was perceived as a bold step for women’s rights.

Days following the state of Virginia was proposed The Repeal Act by Democratic delegate Kathy Tran who stated that the bill would remove restrictions on third term abortion upon consideration of the physical and mental health of the mother. Disgraced Virginia Governor Ralph Northam then further elaborated that the law would allow for doctors to decide whether or not recently birthed children could be left to die.

The laws passed are so loose that a recent murder case involving a pregnant woman in New York isn’t being tried as a double homicide under the current laws. As a whole, this represented a rapid shift on the progressive side to a total embrace of the abortion issue without offering safeguards for preventing infanticide.

In Light of the Change

As this controversy began I remembered Gosnell, a movie specifically about a man who was sentenced to a lifetime in jail just six years ago for committing the acts that New York just made legal. This is the dangerous state of the American left. It’s not merely its willingness to grapple with radical politics, anti-Semitic leaders, and economically ruinous environmental policies.

The left is trapped in an unceasing purity spiral that is dragging its party down further and further into positions a more sane left would consider insane to pursue.  It’s just a symptom of the times that the mainstream Democrat party is advocating positions that five months ago were considered infanticide. To quote George Orwell, “We have now sunk to a depth at which restatement of the obvious is the first duty of intelligent men.” In that world, Gosnell is more radical than ever.

The problem here is if they did anything even marginally offensive they would be given an X rating.
You do know Unplanned (Abby Johnson) got an R rating for some slight bleeding?
Blame the powers that be in Hollywood that don’t consider any sexual perversion obscene, or even blowing someone’s leg off, but anything abortion will have censorship attempts.

I think you mean “New York STATE” not “City” made legal

This has been fixed. Thank you!

To pretty much all of Hollywood, and the Democrat-Socialist Party; they take any non-Elite baby being born alive instead of being aborted as a personal failure.

Meanwhile, the black community continues to vote overwhelmingly for the people who have spent the last century trying to annihilate them.

“The left is trapped in an unceasing PURITY SPIRAL”

oh the irony. Purity from the mountains of skulls and rivers of blood from communism and socialism, treating ISIS as JV, abortion, infanticide, sexual diseases, AIDS, drug overdoses, broken families, homelessness, sex trafficking. Thanks oh pure ones for all you have done to make our world so pure.

Meanwhile, back in Sacramento, the Democrat governor has decided that the duly tried, convicted, and sentenced kidnapper/killer of Polly Klaas (and a few hundred of his kindred fellows) must be denied his appointment with the needle.

What is wrong with the people who think like this?

What is wrong is a) they are TWANLOC and b) they are our enemy and want to destroy our civilization.

In remaining a very literal adaptation of the events, the story maintains credibility but loses dramatic clarity.

You can do fact, or you can do propaganda. You can’t do both.

Personally, I detest movies flogged as something “based on a true story”—they cash in on the real thing’s notoriety while misleading viewers into thinking that they’ve learned something about the actual case. The alternative would be a documentary, which need not be fluffed up with simulated drama. Of course documentaries can be deceptive, too.

I saw the movie and it exceeded my expectations. For a lower budget movie they had a great cast and did a better job than I expected. I feared something cheesy and cheap that would demean the subject.

Billings performance was brilliant, but others were good as well. Nick Searcy was excellent in his short role.

And actually I think they were right to do so. If they hadn’t the movie would have been pilloried (of course it would anyway) for taking liberty with the facts. And that would allow people to dismiss it without seeing it.

All the photos shared in the closing credits combined with the real dialogue was a powerful indictment.

When I saw it in the theatre not a single person left until the credits were over. No one said a word while watching the photos. It was one of the most powerful impacts I had seen on an audience in a theater in a long time.

That is a testament to how well they did with so little budget. Perfect, no. But better than expected for me.

Full disclosure I contributed to making the film, but have no stake in it. I was fully prepared to roast it if they did not do a good job with the money!