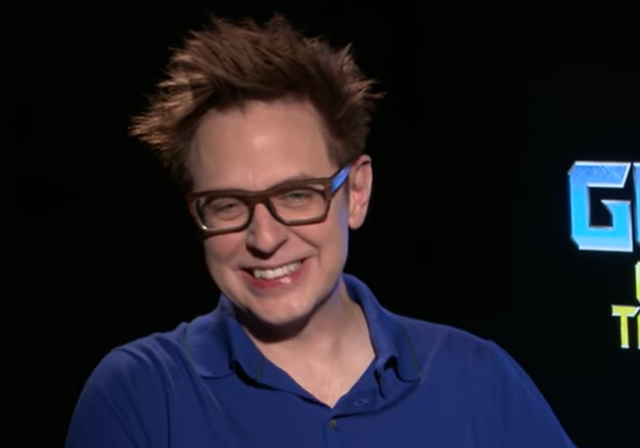 In a surprising twist, James Gunn will be returning to helm the director’s chair once again for Guardians of the Galaxy Vol. 3.

James Gunn became infamous in July of last year as the result of dozens of rancid and offensive tweets in which Gunn made crude and unfunny jokes about rape and pedophilia. Within hours, Gunn had been fired from Disney.

Gunn’s tweets can be viewed here, beware that they are quite grotesque.

It would appear that Disney has had backroom discussions to bring Gunn back into the MCU for several months and didn’t announce them until just now.

In a time when the left is constantly pushing for the sexualization of children and for greater acceptance of pedophilia, a number of people, particularly on the right, felt that his comments pushed too far into the realm of unacceptability and that he shouldn’t be working at a company making children’s movies. Progressive activists didn’t appreciate the sentiment.

Hey @disney we didn't create Social Justice for it to be used as a weapon against us.

They consider de-platforming to be THEIR tool to use against wrong thinkers.

It just goes to show that double standards still very much exist. The left is willing to forgive egregious sins from its own people if they have the right beliefs.

The guy is 52 and dresses like a 12-year-old. His deleted tweets would be hot stuff in 6th grade study hall.

notamemberofanyorganizedpolicital in reply to Colonel Travis. | March 16, 2019 at 4:44 pm

What else would you expect from Hollywood
where according to Leonard Peikoff
the Communist Left have owned it since the 1930s.

Let me guess, Guardians of the Galaxy is a children’s and teen movie, right?

“…..While Communism failed and fell in the real world,

in the make-believe world of

TheFineReport.com in reply to notamemberofanyorganizedpolicital. | March 16, 2019 at 11:10 pm

Hollywood is home to pedophiles, pervs, hustlers, and the like. It’s also home to the world’s most useful idiots. And, as we’ve just learned, it’s home to the most corrupt people outside of D.C.

Price of admission: donate to the democrat party.

They consider de-platforming to be THEIR tool to use against wrong thinkers.

It just goes to show that double standards still very much exist. The left is willing to forgive egregious sins from its own people if they have the right beliefs.

Looks like an excellent reason NOT to see GOTG III. Just so the enemies of our country cannot have it both ways.

Fortunately, I don’t have a compulsion to see the latest “fashionable” hit movie.

“Hey @disney we didn’t create Social Justice for it to be used as a weapon against us.” It’s hard to imagine a statement more perfectly emblematic of liberal hypocrisy. Well done.

He should have been banned from GotG 3 just for the absolute atrocity that was GotG 2, a movie so awful it made Green Lantern look only moderately below par.

Of course, maybe, in my haste, I’ve misread this and either originally or by re-post this was meant as mocking sarcasm?